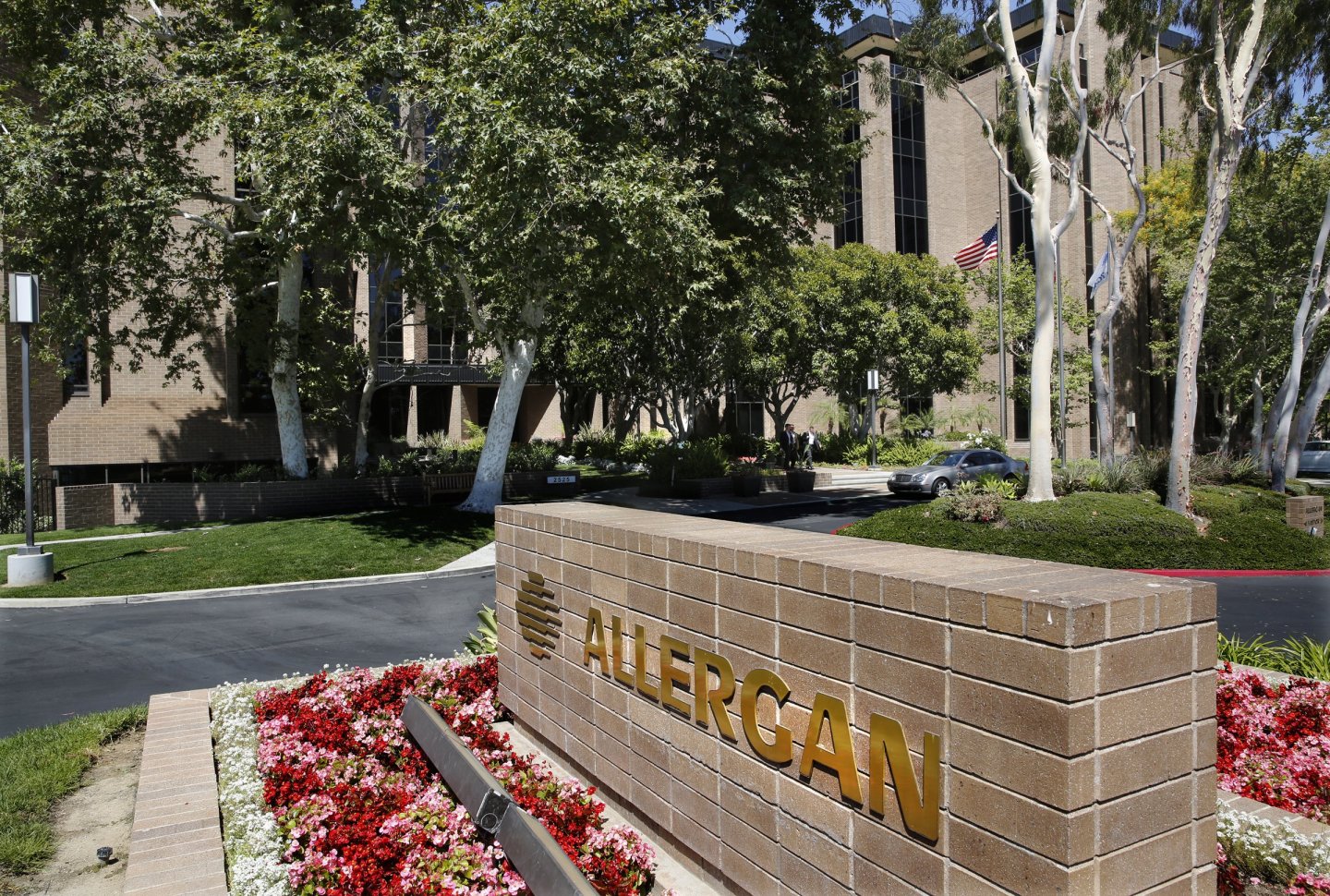 Allergan (AGN) wasted little time resting on its laurels after the implosion of its historic $160 billion proposed megamerger with Pfizer (PFE). On Wednesday, just hours after the firms dissolved the deal, Allergan announced a significant licensing pact with the U.K.’s Heptares Therapeutics for its Alzheimer’s drug portfolio.

The tale of the ill-fated Pfizer-Allergan engagement is well-known by now. An Obama administration intent on blocking tax domicile-shifting corporate inversion issued new Treasury Department rules which would have made it particularly difficult for the drugmakers’ union to pass regulatory muster. That’s thrown a wrench into a number of Wall Street and hedge funds’ plans and forced to Pfizer and Allergan to quickly map out their next moves.

Allergan and CEO Brent Saunders have apparently decided to make those moves on an accelerated schedule in an effort to bolster its clinical pipeline.

The Heptares deal is wide-ranging and could eventually be worth upwards of $3.3 billion. It includes a $125 million upfront payment from Allergan which will give the pharma giant access to certain investigational neurodegenerative disease-related compounds discovered using Heptares’ StaR tech platform. Eventually, Allergan could have to shell out another $665 million in milestone payments for clearing more tangible clinical development thresholds and $2.5 billion for downstream sales.

Allergan and Heptares hope that the investigational compounds involved in this deal will eventually lead to therapies which treat neurobehavioral and cognitive decline symptoms associated with Alzheimer’s.

While this is a swift and decisive move for Allergan in a post-Pfizer future, it’s also a bit of a risky bet given the precarious history of Alzheimer’s drug development. A number of companies including Eli Lilly (LLY) and Biogen (BIIB) have poured significant resources into Alzheimer’s and neurodegenrative disease drug development in the past year, and it’s not entirely clear those gambles will pay off.