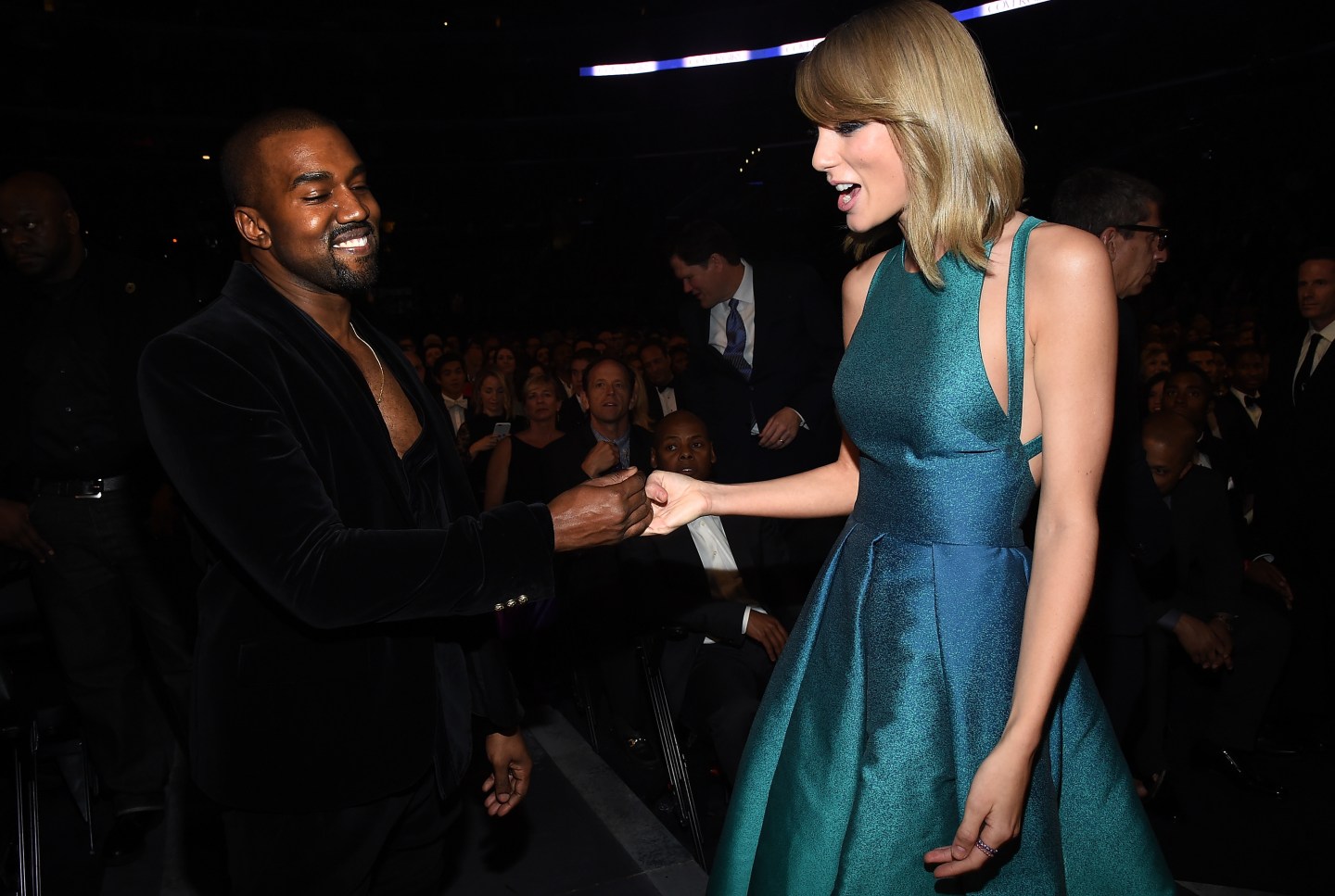 What does your credit score say about whether you’re on Team Taylor or Team Kanye?

According to a survey done by WalletHub, your credit score could reveal more than just your creditworthiness. It could possibly point to the presidential candidate you’re leaning towards, whether you’re a cat or dog person, or yes, whether you prefer different pop culture icons.

In a poll of 1,000 people, Wallethub first queried respondents about their credit score, then followed up with a series of random questions. The personal finance site found that 88% of respondents with excellent credit scores preferred Taylor Swift over Kanye West, which bodes well for Swift given that both seem to be currently engaged in yet another West-fueled feud.

In politics, Republican candidate and Ohio Gov. John Kasich had the most supporters among people with good credit, with 66% among that group supporting him. Among those with negative credit scores, 26% supported Democratic presidential front-runner Hillary Clinton, the candidate with the biggest support from that group.

Other revelations: 66% of respondents with good credit scores were fans of talkshow host Charlie Rose, and 53% of them counted ice hockey as their favorite sport. And when it comes down to puppy versus kitty, dog lovers were more likely to have excellent credit when compared to cat lovers by 46% to 40% respectively.