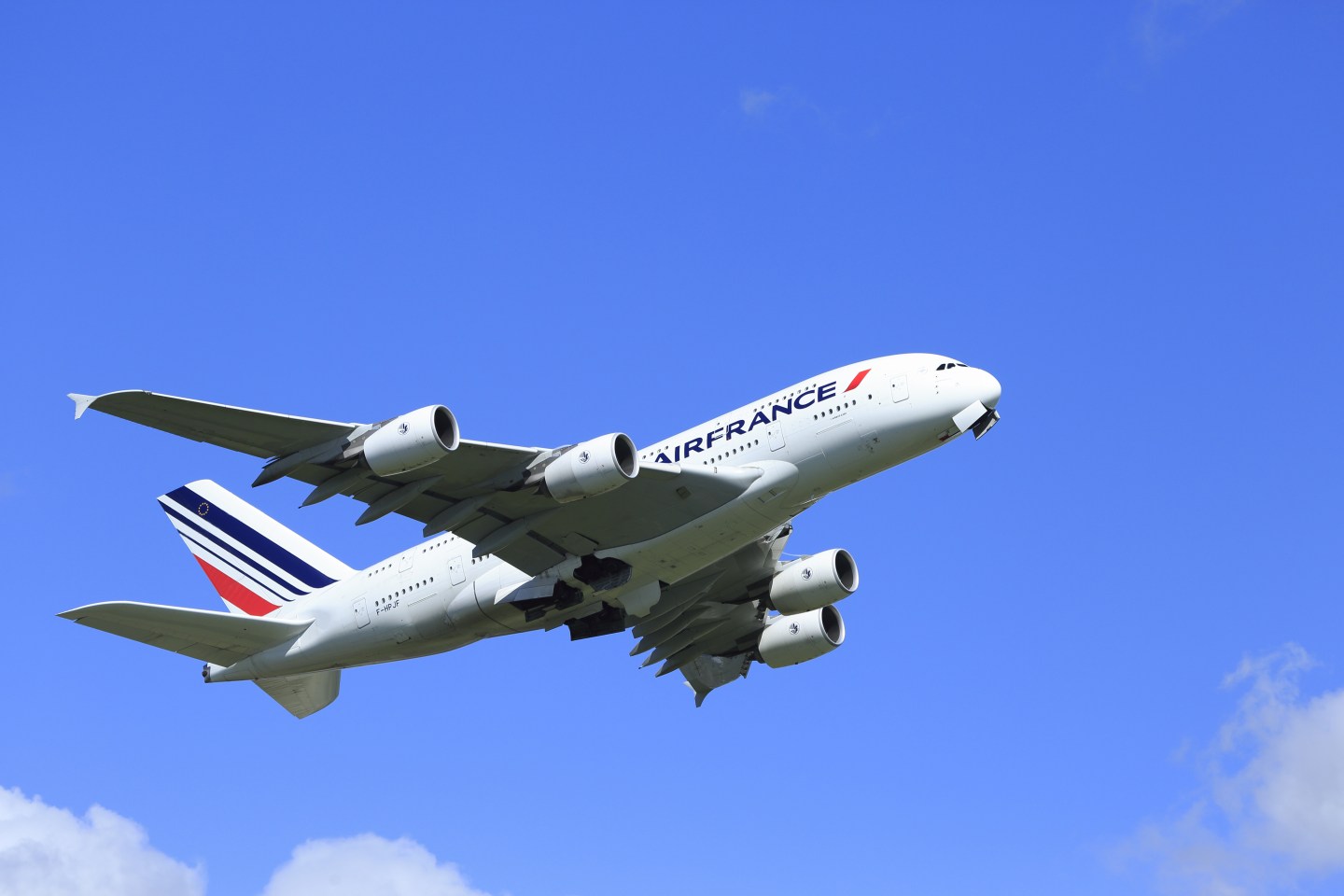 Shares in the Paris-based airline company Air France-KLM plunged Wednesday morning, a day after the announcement of the surprise exit of chief executive Alexandre de Juniac.

Shares fell 8.4% at the opening of the Paris markets. By 12:30 p.m. Paris time they had recovered some of their losses and were down just over 3%.

De Juniac, is stepping down to run the airline industry’s main trade group, the International Air Transport Association, it was announced on Tuesday.

No successor has yet been appointed for de Juniac, injecting a note of uncertainty into a company emerging from four years of restructuring amid tough competition from low-cost carriers and Gulf rivals.

Air France-KLM (AFLYY) said it would appoint head-hunters to find a replacement, adding that de Juniac would take up his new post in Geneva by August 1 at the latest.

“There are no names lined up so far. There will be a process to identify the best person to take over the direction of Air France-KLM,” a spokeswoman said.

He was given a fresh four-year mandate by the airline’s shareholders in May last year.

Choosing a successor will be a politically sensitive task for France’s Socialist government after recent unrest over job cuts. The government owns 17.6%.

“We expect no more progress with unions in 2016,” Kepler Chevreux analyst Ruxandra Haradau-Doser said in a note in which he qualified De Juniac’s departure as “clearly negative news,” Bloomberg reported. Yan Derocles, an analyst at Oddo Securities, described the move as a “brutal” surprise and cut his rating, Bloomberg said.

De Juniac, 53, joined Air France in 2011 from the French treasury where he was the top aide to then finance minister and future International Monetary Fund head Christine Lagarde.

He was credited with restructuring Air France-KLM without, for the most part, triggering major conflict with the company’s powerful unions. But in 2014 plans to open bases for subsidiary airline Transavia outside France sparked a crippling 15-day pilot strike.

The IATA position will propel him into a new position as the airline industry’s chief diplomat, seeking to temper trade conflicts between Gulf and Western carriers while leaning on governments worldwide to reduce regulation.

De Juniac has until now been a vocal critic of Gulf airlines that are steadily increasing their market share at the expense of European and other carriers.

IATA, which represents some 260 carriers or 80% of the world’s airline industry, said de Juniac’s appointment would be confirmed at its annual meeting in Dublin in June.