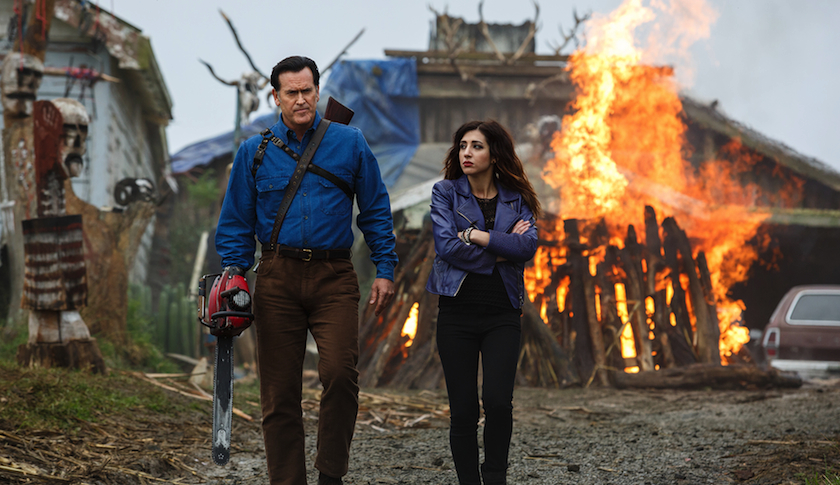 Starz has joined HBO and Showtime in going over the top with the launch today of a standalone streaming app that also allows users to download most of the available programs.

Starz is offering the app in partnership with Apple and Google. The service costs $8.99 a month, $2 less than Showtime’s $10.99 offering and six dollars below HBO’s monthly price tag of $14.99.

Starz emphasized that users have the option to download programs for viewing without the need of a wi-fi or broadband connection, a function Starz touted as viewer-friendly and unique to its service.

The app will be available to consumers on a standalone basis while existing customers who receive Starz through an MVPD subscription will receive free authenticated access to the app. At the same time, Starz will not offer live real-time streaming.

Starz CEO Chris Albrecht had hinted in recent months that the company was pouring resources into the development of a cutting-edge streaming service. Starz’s first move to reach consumers outside of the traditional pay TV world came late last year when it pacted with Amazon to allow Starz to be offered as a paid add-on to existing Prime memberships.

The app will be distributed via Apple’s App Store and Google Play, supported on a range of iOS and Android devices.

“Starz has entered the market today with an enormous value proposition for consumers,” Albrecht said. “Our programing will now be more widely available to the 20 million broadband only homes of cord nevers, cord cutters and cord shavers, including Millennials and other underserved consumers who need other viable subscription service options.”

Starz aims to whet viewer appetite for the service by streaming the first episode of the fantasy drama Outlander‘s second season as of April 7, two days before its linear premiere. The costume vehicle has emerged as a buzzy hit with a worldwide fan base for Starz and producer Sony Pictures TV.

Starz plans to make all of its original series available via the app, along with a slew of movies including later this year Disney’s blockbuster, Star Wars: The Force Awakens.

Starz’s move follows HBO’s launch of HBONow a year ago this month and Showtime’s dive into the broadband-only world last July.