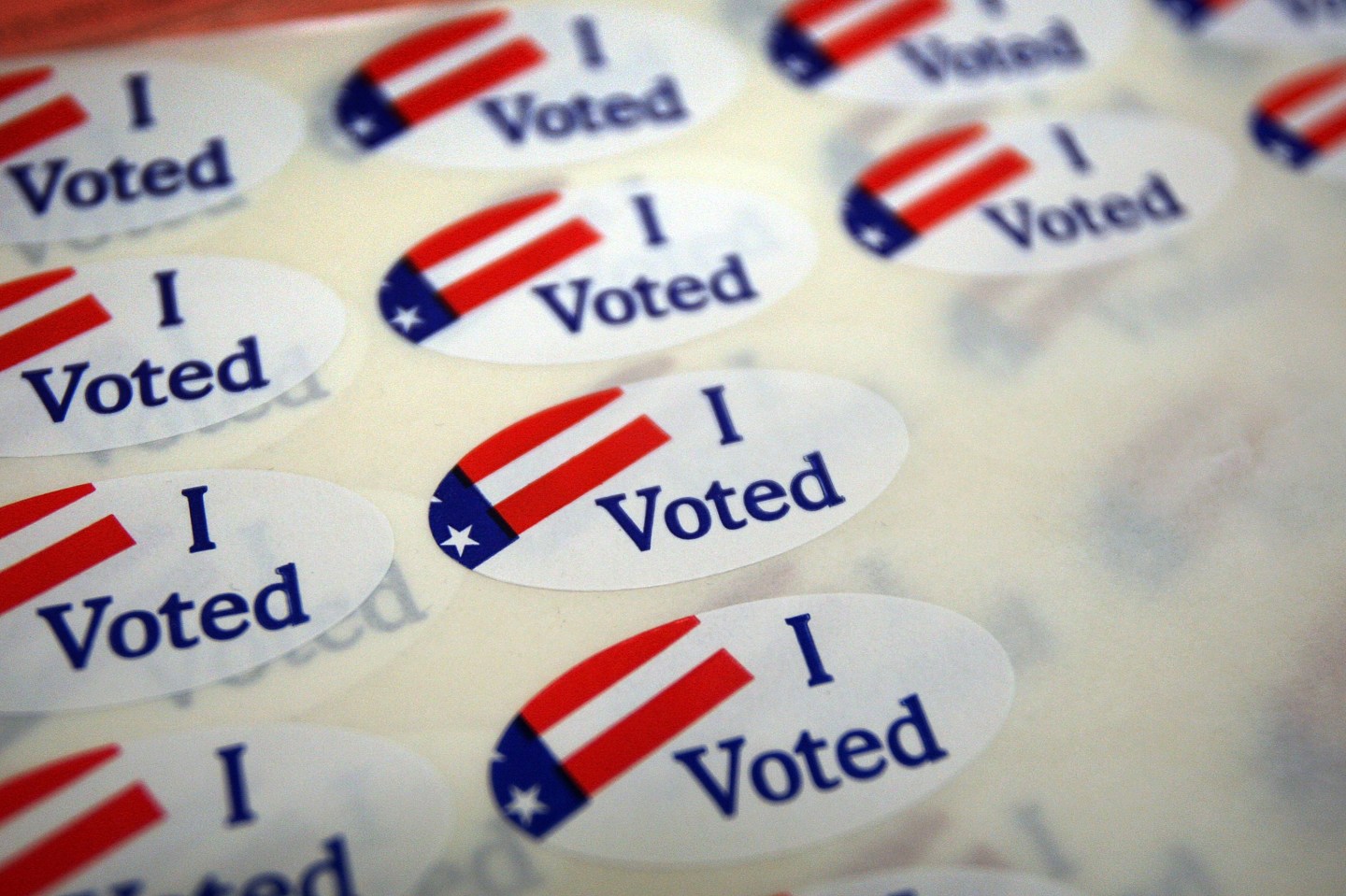 During the last presidential election in 2012, about 56.5% of all voting-age Americans made it to the polls to cast their vote. That share of national voters is well below other developed nations like Turkey, Australia, and the UK. It’s not just apathy that’s keeping Americans away from the ballot box, according to the U.S. Census.

After each election cycle, the Census asks thousands of Americans if they voted and if not, why they chose against it. There were three major reasons that came up in the data, reported Bloomberg.

1. High and low earners couldn’t get to the polls—but for different reasons.

People making $150,000 or more commonly reported that they were “out of town” on election day, while those making $30,000 and under said that they couldn’t get to their polling location because of “illness or disability.”

2. Older voters also need help getting to their polling places.

Over 40% of voters aged 65 and older named an “illness or disability” as the No. 1 reason keeping them away from the polls. Health issues are the top problem preventing elderly Americans from being able to vote, an easily addressable concern by implementing programs like early in-person and mail-in voting options, noted Bloomberg.

The third most common reason keeping people from the polls is “registration problems,” including issues like not being on voter rolls or not getting a mail-in ballot. While the registration issues nationwide are not as large (less than 10% note it as a reason for not voting), it’s particularly bad in specific states, including Montana, Oregon, and Utah.

Some states, like Oregon, are addressing the problem head on by allowing automatic voter registration when a citizen applies for a driver’s license or other government service.