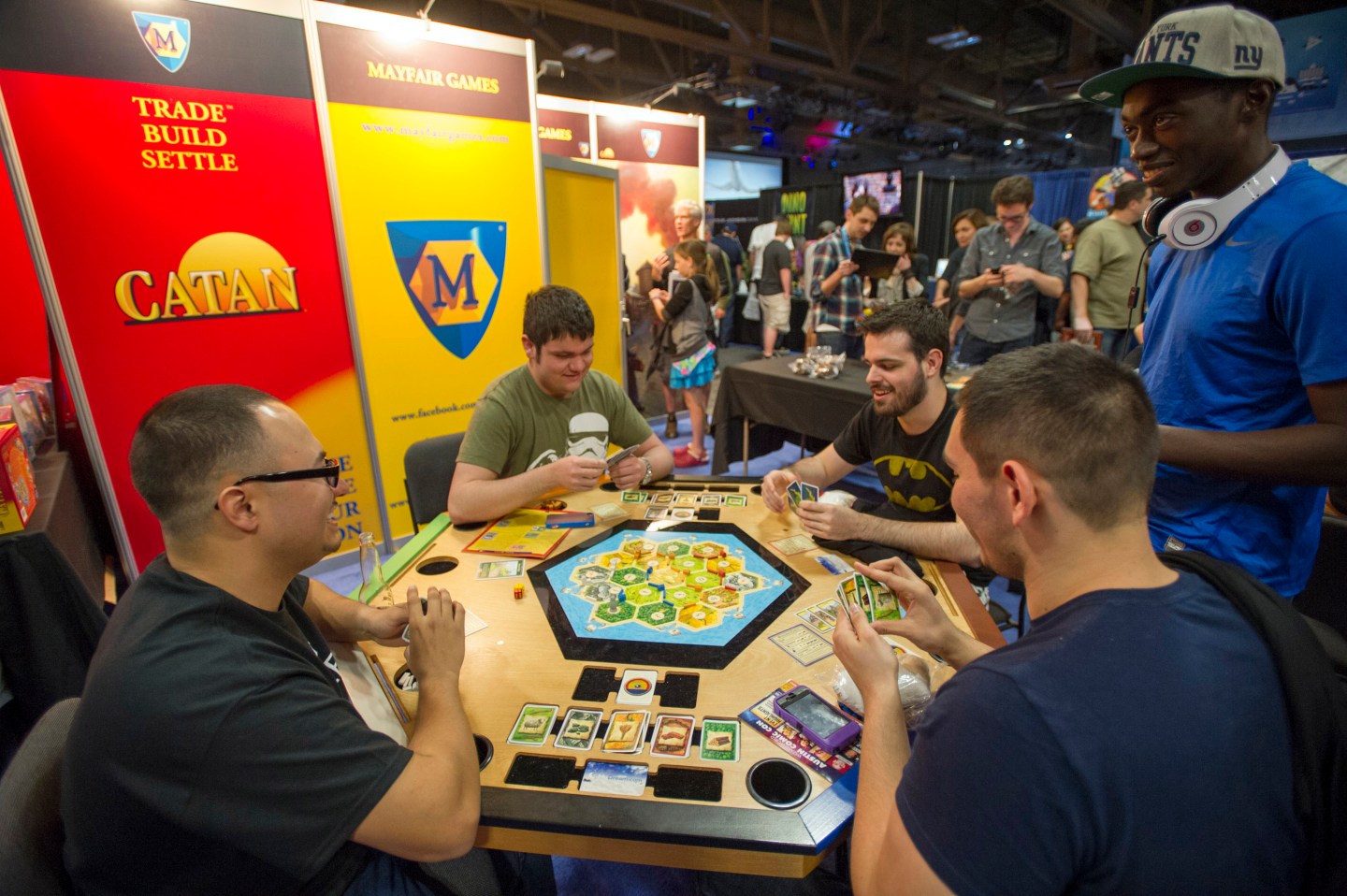 Even if you have never played the board game Catan, odds are you have probably heard of it.

Catan – formerly known as “The Settlers of Catan”—has sold over 25 million copies in more than 30 languages, and it has created a cult of rabid fans around the world.

While kids for generations learned about real estate and capitalism by playing Monopoly, these days they are just as likely to be learning financial lessons from Catan.

Reuters talked to a few devoted Catan fans about the key lessons of the game and what parents can pass along to their kids when sitting down to play:

Players are basically playing the role of settlers, trying to build their communities and maximize their resources (wool, wood, brick, ore, and wheat). As a result, “it’s all about where you start out,” says Vinny Bonta of Columbus, Ohio, who represented the U.S. at the world championships in Berlin in 2014 (placing 13th overall).

“If you really want a resource like lumber, for instance, you have to place your settlement onto a lumber-producing location in order to get that. So location is everything,” Bonta says.

2. Relationships are a valuable commodity

There is a fair amount of trading that goes on in Catan, as players swap resource cards depending on what they need to progress. So the game is not just about luck and rolls of the dice – it is also about who is willing to make deals with you.

“That is the biggest point that people miss,” says Bonta. “If you are friendly with someone, they are way more willing to trade with you. So socially, I am always talking and trying to build connections with people.”

When it comes to trading, do not just think about what you are getting; think about the particular needs of the other player, as well. Memorize their cards if you can, so you know exactly which cards they are holding.

“Different people all have different resources, so each player is going to value those resources differently,” says Stuart Ritter, senior financial planner and VP at Baltimore-based money managers T. Rowe Price, who regularly gets clobbered at Catan by his 9-year-old son. “I might have a ton of wood, but need something else. That gives you the opportunity to create a win-win trade for both players.”

Winning in Catan is not about a lightning strike, like a chess checkmate in a few moves. Just like investing for retirement, it is about having a long-term strategy that may take time to come to fruition. (One popular shirt in Catan’s online shop: “The Fastest Way to Victory is Taking the Longest Road.”)

“Achieving a goal is not something you accomplish in one or two turns,” says Ritter. “So you really need to be patient in acquiring resources and building the things you want to build, and not going for immediate gratification.”

Bet big on one or two resources, and it might work – or it might fail miserably, just as if you bet your retirement portfolio on a single stock.

In the same fashion, try not to get stuck with a single resource. If you do, you may find yourself desperate for others – to construct roads, for instance, you need brick and lumber, while building cities requires ore and wheat. If you are not diversified, you could end up as the victim of some very lopsided trades.

“Build on a variety of numbers, where you can gather a variety of resources,” says financial planner Steven Starnes of Grand Rapids, Michigan. “You just can’t predict for sure what will perform better, so it is important to thoughtfully diversify investments.”

You may develop a brilliant path to victory, but the board gets set up differently every game play, and every single move by your opponents can alter the dynamics of the game.

As a result, you need to be prepared to scrap your preconceived notions, and stay nimble enough to change direction when needed. “It is vital to react to what is in front of you and adapt to what is happening, and not get stuck where you were,” says Bonta. (Editing by Beth Pinsker and Cynthia Osterman)