Twitter Wants Everyone to ‘See’ Your Photos, Including Blind People 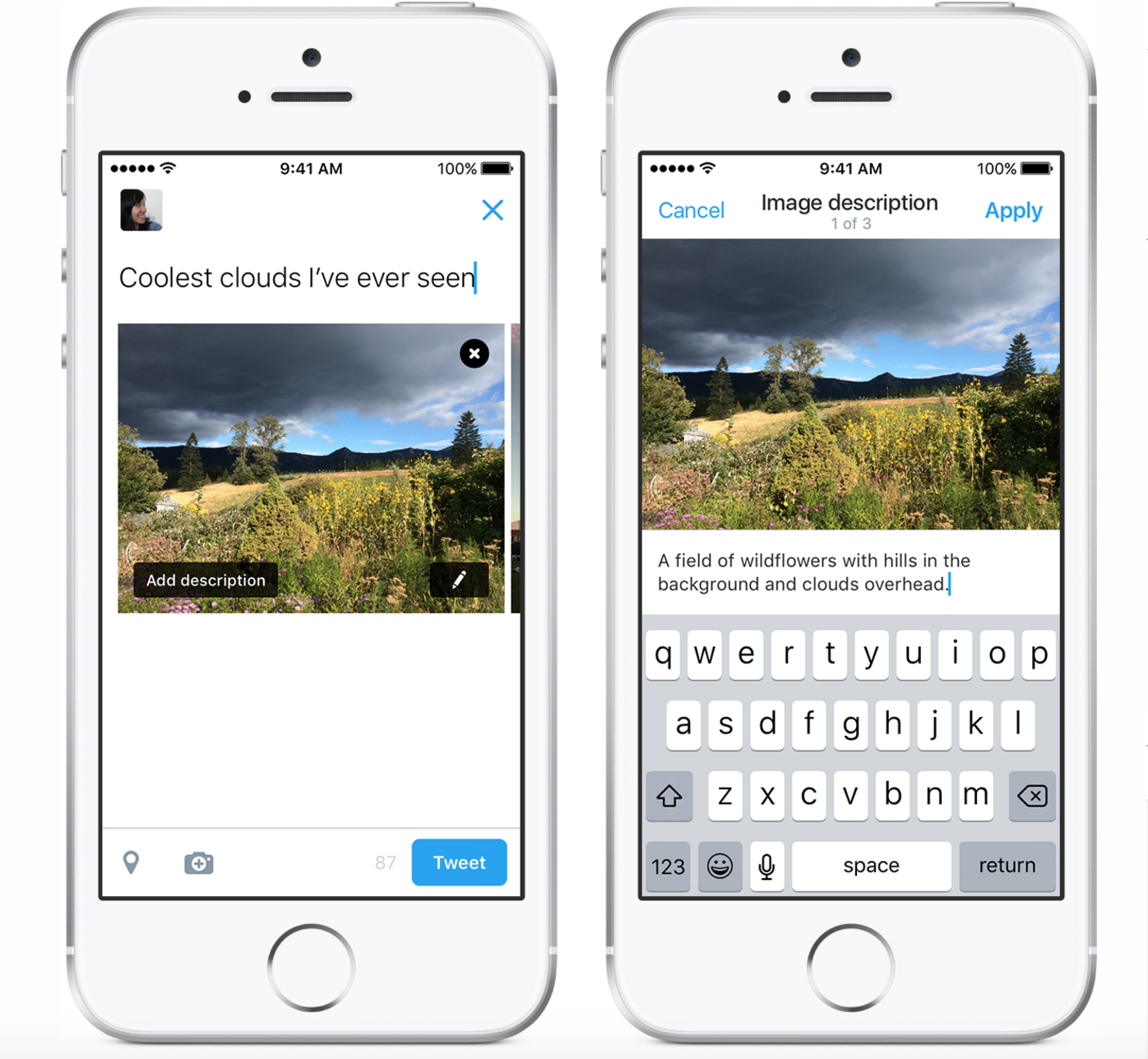 Here’s something artificial intelligence is still not that great at: Seeing clearly.

That’s a big problem for blind people trying to navigate the weird world of gifs, photos, and screenshots littered all over the Internet. While screen-reading software can help blind people hear or feel text, they don’t really have a good way to tap into what’s being shared in pictures. On Tuesday, Twitter released one new feature designed to help.

The company put out a basic captioning tool that lets Twitter (TWTR) users manually type in descriptions for photos and screenshots they add in to Tweets.

Vox journalist Michelle Hackman is one of the more than 7.3 million Americans living with visual disabilities. She says while it’s a good thing Twitter is trying to help more people “see” what’s happening on the web, the feature isn’t exactly user-friendly:

i'm a blind journalist – Twitter's target for its new image captioning feature. I'm not all that excited about it https://t.co/9C1VxxAB9l

The problem with the new tool is that users have to manually go into their Twitter settings and turn it on. In other words, you probably have to really care about captioning your tweets before you’ll ever use it. Add in the fact that writing out a description of a picture is just one more thing to do before posting a new tweet, and it all seems like a lot of extra work.

But there is hope for helping the blind “see” more of what’s happening on social media yet. Facebook, the social media platform which has already mastered artificial intelligence for recognizing people’s faces in photos with “deep face” software, is working on technology that would automatically describe photos for people who can’t see. And the feature would work automatically, no captioning needed. (Facebook did not immediately respond to a request for comment about when the tech might be released.)

For now, Twitter’s new approach feels a lot more like patchwork, a temporary add-on that few will ever use. Hackman says while it’s possible some of the biggest media organizations might adopt the tech to make social media posts more accessible, that’s of little consolation to her:

“…for me, the problem extends beyond big media organizations. I’m equally concerned with being able to enjoy the boatloads of photos my friends tweet, post, and otherwise disseminate each day – and I doubt they’ll bother to adopt image captioning as a normal habit.”

Which means for now we’re still stuck waiting for the next best robot to figure out how to help everyone “see” more of their friends on social media.