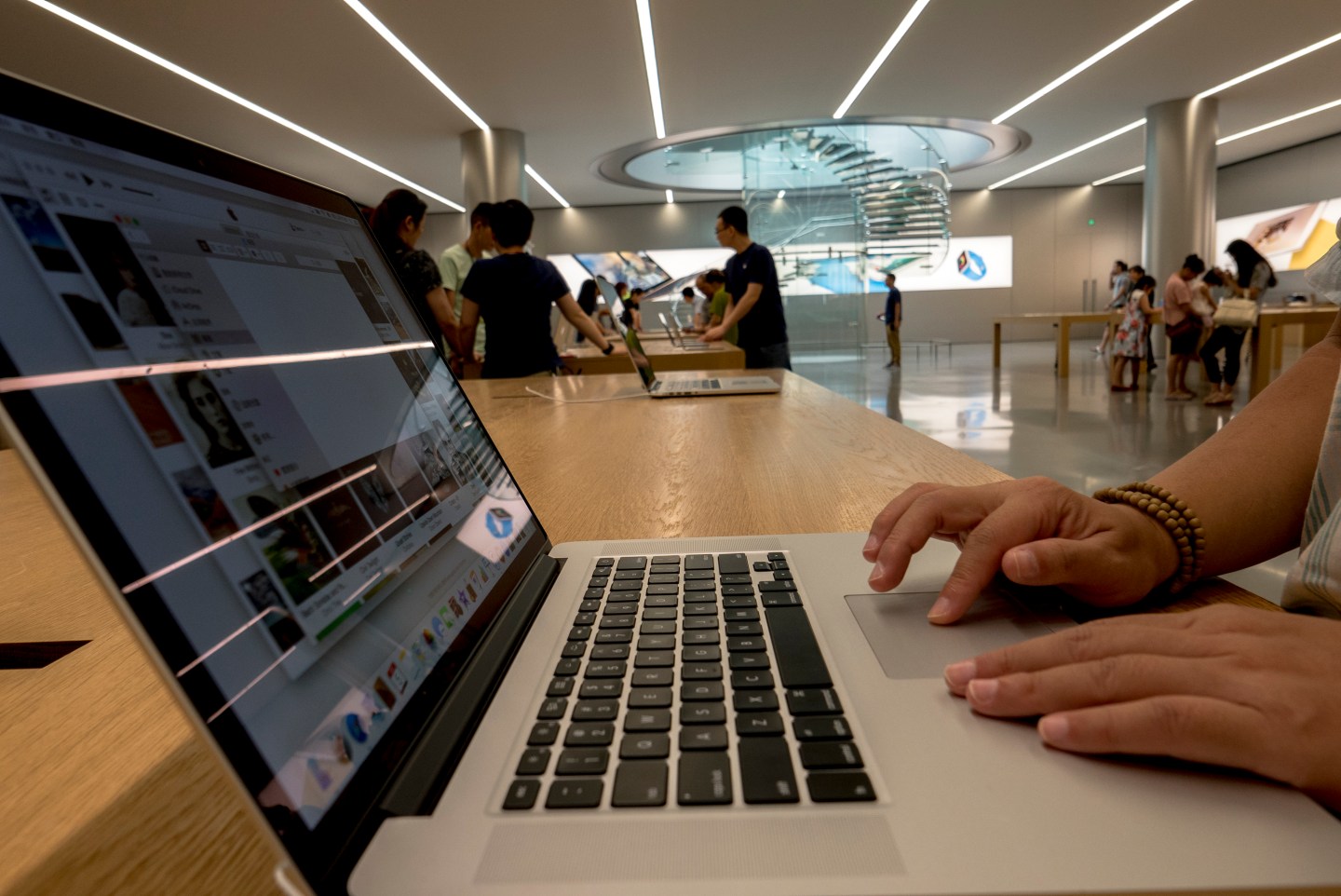 “After about 8 months on the sidelines,” wrote Cowan analyst Timothy Arcuri Wednesday in a note to clients, “we are upgrading AAPL to Outperform and raising our target to $135. [Year over year] compares and forward estimates have bottomed.”

Welcome to the club, Timothy. In the past three weeks, a half dozen sell-side Apple (AAPL) analysts have shaken off their gloomy winter forecasts and sounded optimistic notes.

Excerpts from the ones we’ve seen:

March 10. Kulbinder Garcha, Credit Suisse: Apple supply chain better than feared. Our Asia team and our own checks suggest that builds are stabilizing at ~40-45mn units for [calendar] Q1. Given the typical overbuild that occurs at the end of the year, we believe this supports our new unit estimate of 50mn iPhones for [the quarter.] Overall, builds for 2016 are now expected to be between 210-215mn. As a result, we raise our CY16 units to 212.5 mn from 203.0 mn. Our proprietary installed base analysis shows that the installed base grew by over 35% last year to 600mn and we believe that, with growth in the installed base headed towards 715mn by the end 2017, an average replacement rate of around 30 months, and high retention rates, units could grow 9% to 232.7 mn in 2017. Outperform. $140. (March 10, 2016)

Katy Huberty, Morgan Stanley: March iPhone Demand Tracking Ahead of Expectations. Our Asia tech team led by Jasmine Lu believes supply chain inventory digestion has come to an end… Our data indicates positive Y/Y and Q/Q growth through the month of February. Growth improved in most regions as Y/Y compares begin to ease,a promising sign heading into the rest of the year when compares get even easier. Overweight. $135. (March 15)

Andrew Uerkwitz, Oppenheimer: Looking into Our Crystal Ball. Our Outperform rating on Apple reflects a strong outlook for the company’s flagship iPhone products. While overall smartphone market growth has slowed in recent years, we continue to see good opportunities for Apple to gain market share in both developed and emerging markets due to its significantly superior user experience, human-computer interface, and premium branding. We also believe Apple’s ecosystem is stronger than ever and provides increasing appeal to mobile device consumers. Additionally, we believe Apple’s substantial capital return program can offset the potential downside from slowing iPhone sales growth in the coming years. Outperform. $120. (March 18)

Amit Daryanani, RBC: Get Ready For Another Catalyst. How Much Could AAPL Up Capital Allocation In April? We believe AAPL’s current stock price creates an attractive entry point for investors to benefit from AAPL’s ability to sustain revenue and EPS growth through FY16. We believe multiple catalysts remain as the company benefits from: (1) iPhone 6 ramps; (2) iPad refresh cycle; (3) potential iTV launch or other major product lines; and (4) improvements in capital allocation policy. We believe the fundamental reality remains that AAPL’s valuation is materially sub-par to what we anticipate is its long-term revenue and EPS potential. Outperform. $130. (March 27)

Steven Milunovich, UBS. Pivotal Questions. “Good enough” alternatives tend to disrupt high-margin hardware products. We expect Apple to continue to avoid this fate due to a superior consumer brand, bending the needs curve higher, pursuing profit indirectly, and its ecosystem. The formal way to understand the ecosystem is as a platform, creating network effects that differentiate Apple from previous handset shooting stars. Apple lost to Microsoft in PCs but has achieved a better balance of product proprietariness and platform openness in mobile… We think Apple’s brand, product differentiation, and ecosystem protect it. Apple could be described as an annuity business model delivered as hits. But perhaps the best way to understand the company is as a platform in which software and services subsidize hardware sales. Buy. $120. (March 28)

Timothy Arcuri, Cowan: Upgrade To Outperform—California Dreamin’ Once Again. Street estimates finally look safe while Y/Y compares on iPhone units and overall AAPL revenue are bottoming in [calendar] Q1 and should turn flat to up as soon as [calendar] Q4 additionally fueled by less severe [currency exchange] headwinds… iPhone 7 will benefit if nothing else from the 6/6+ “echo” effect as these units enter the upgrade base, OLED in ’17 solves growth concerns and builds a bridge to new “dreamy” form factors. Upgraded to Outperform from Market Perform. Raised price target to $135 from $125. (March 30).

Note: Apple’s share price actually bottomed at the end of February. On March 1, after bouncing around in the $90s for six weeks, it broke $100 and has hardly slowed since.