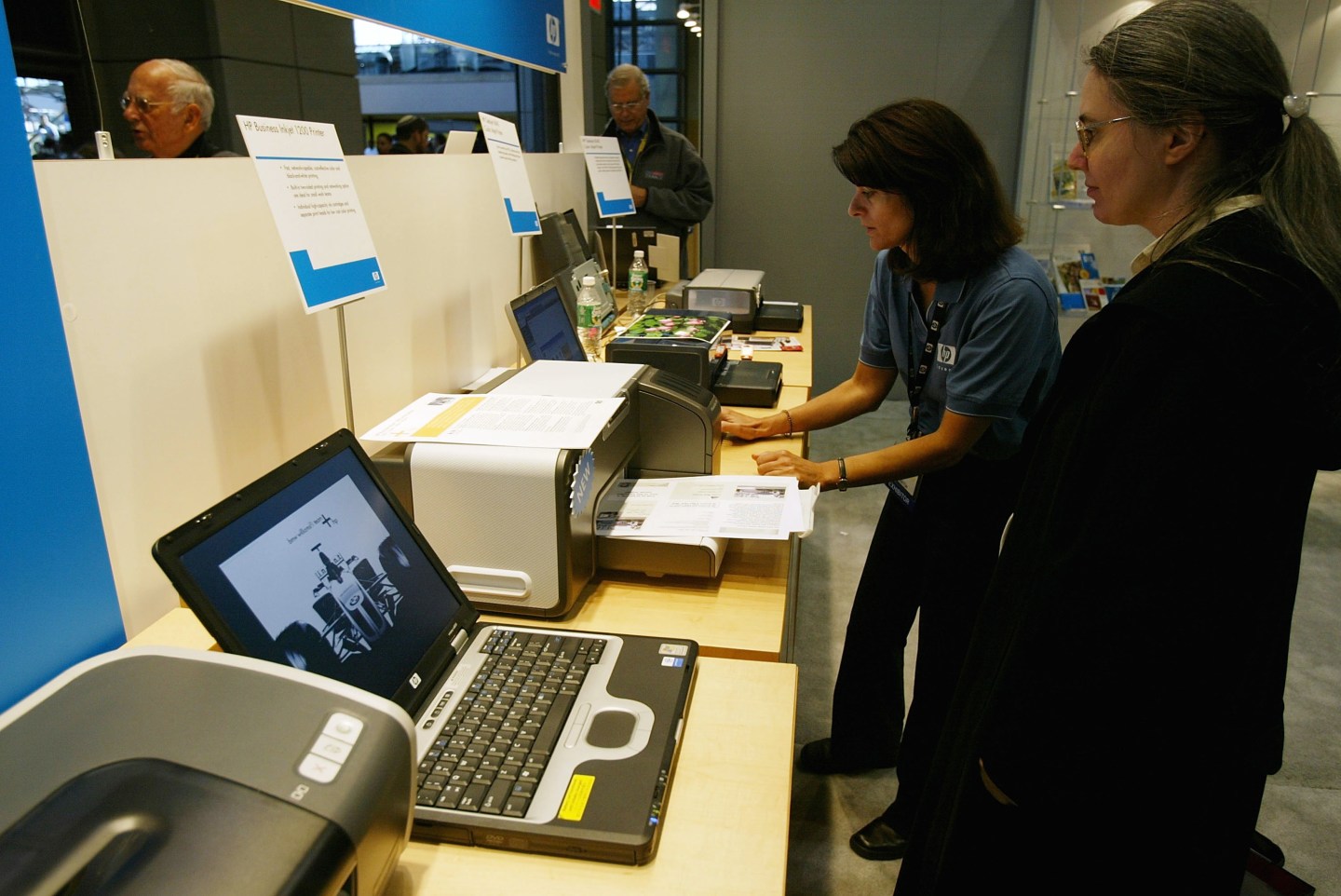 Last Thursday morning, thousands of printers across the country began spontaneously shooting off pages that looked like propaganda out of Nazi Germany. Adorned with swastikas, the printouts were addressed to “white man” and contained anti-Semitic messages as well as an appeal to “join us in the struggle for white supremacy.”

They showed up at more than a dozen college campuses across the country, according to tech review site VPNRanks. Students and staff at universities from Princeton to Washington University at St. Louis to the University of California at Berkeley reported finding the offense flyers in the output trays of their printers and fax machines. But some individuals outside of college campuses also reported hate mail “mysteriously” showing up on their printer.

The culprit turned out to be the notorious cyber hacker Andrew Auernheimer, better known as “Weev,” who describes himself as a “hacktivist” standing for free speech and “fighting white genocide.” Auernheimer owned up to the printer attack in a Storify blog post on Friday, calling his feat “a brief experiment in printing,” as well as a prank illustrating the risks with the trend towards connected devices known as the Internet of Things. The stunt serves as “a lesson in how positively hilarious the IoT will be in the future,” Auernheimer wrote on Twitter (TWTR).

The hacker, who fled the country after successfully appealing a computer crime conviction in 2014 and now claims to be located somewhere in Eastern Europe, bragged that he just pioneered the first instance of “mass printer trolling.” Many of his other tweets denounce Jews, women and “Black Lives Matter” supporters, while several also endorse Donald Trump’s presidential campaign.

Auernheimer was able to access and commandeer the printers remotely because they were all hooked up to the Internet via open, unsecured connections. He identified more than a million such printers—many of which were on university campuses, which tend to have large public Internet networks—and estimates that he forced “tens or hundreds of thousands” of them to print his flyer, according to his blog post. “I’m printing to a thousand printers an hour right now,” he posted on Twitter on March 24.

Below, see the printer hack play out in the reactions of people on Twitter:

I can not believe what just came out of the printer. Clearly, we need to further isolate it from the internet. #racist #garbage

LRT @nytimes i found one today on my campus @WUSTL pic.twitter.com/l9HsIKHVxk

Our printer got hacked today with the nazi flyer. Would have been a better prank if it was the chicken chicken essay pic.twitter.com/yVualSZuBF

Dear internet: it is really NOT that hard to close port 9100 on your printer. It's much harder to explain the Nazi crap that will show up.

tl;dr, if you want your chat bot, or your printer to INSTANTLY turn into a nazi, connect it directly to the internet, unfiltered/unmanaged.

The FBI is working with police and universities to investigate the attack, which some are viewing as a hate crime, according to UC Berkeley’s student newspaper The Daily Californian. Auernheimer, however, posted on Twitter that he planned to invoke his First Amendment right to free speech as a legal defense.