Del Monte Is Making This Huge Change to its Products 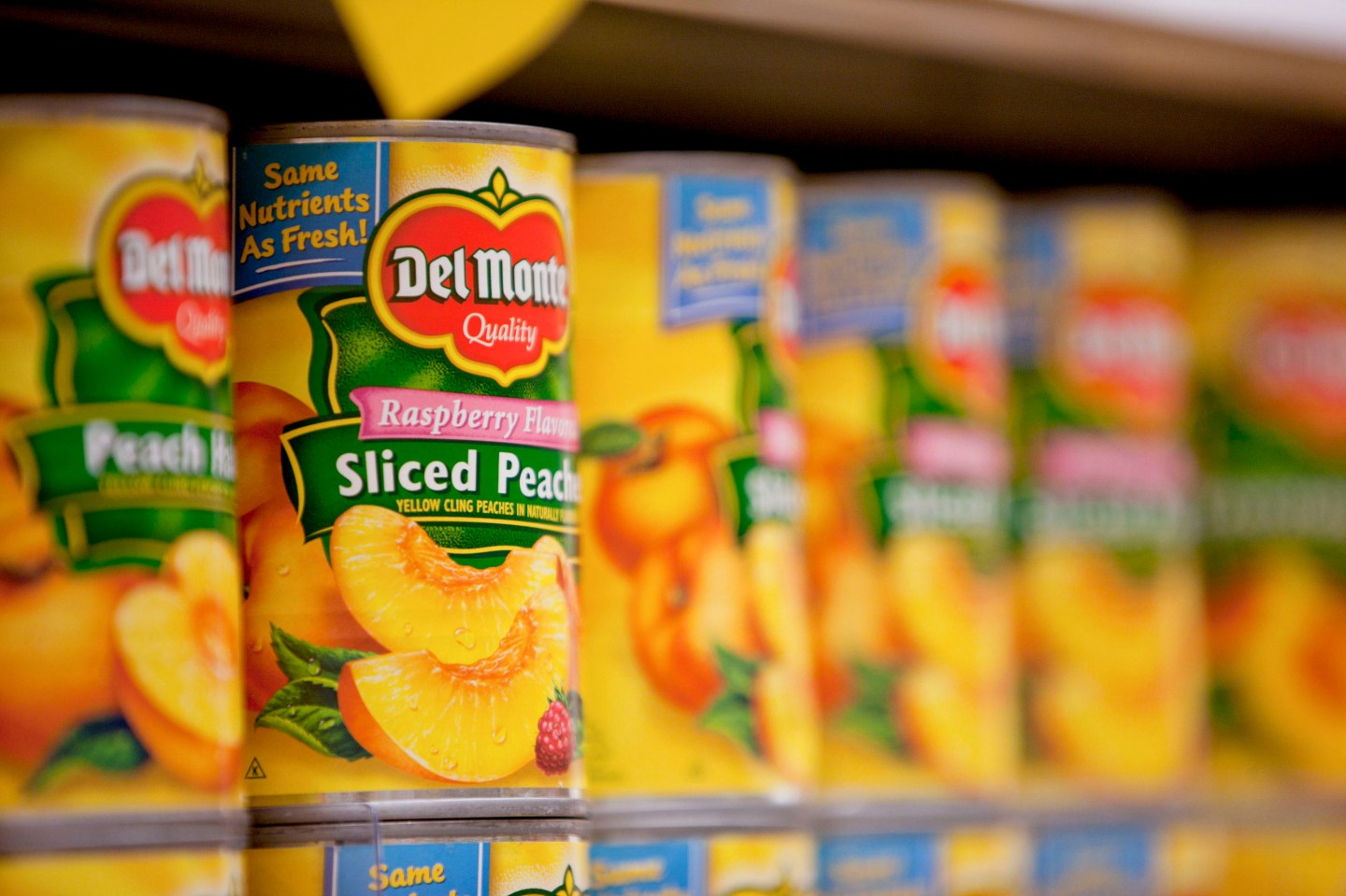 Canned peaches made by Del Monte Foods Co. sit on a shelf inside a Super Target store in Thornton, Colorado, U.S., on Friday, Nov. 26, 2010. A KKR & Co.-led group agreed to acquire Del Monte Foods in a $4 billion transaction that will give the New York buyout firm pet-food brands such as Meow Mix and Kibbles 'n Bits. Photographer: Matthew Staver/Bloomberg via Getty Images
Photograph by Matthew Staver — Bloomberg via Getty Images

Following in the footsteps of other fellow seasoned food companies including Campbell Soup (CPB) and General Mills (GIS), the fruit cup and canned goods titan announced in a Tuesday press release that it too was jumping on the band wagon and converting to non-BPA packaging.

San Francisco-based Del Monte said it would move away from BPA packaging starting with the company’s fruit and tomato products, and nearly 100% of its vegetable products in May.

In recent years, consumers have clamored over the presence of BPA, or Bisphenol A, in bottles and food packaging due to studies which have shown that the chemical, which is often used to harden plastic and coat metal cans, can lead to health problems including cancer and brain damage. The U.S. Food and Drug Administration however says that BPA at current levels is safe.

Del Monte also announced that it would move away from GMO, or genetically modified crops. The company also announced Tuesday that not only would vegetables, fruit cups and most tomato products be non-GMO, so will added ingredients used as sweeteners and soybeans. About 154 products will be non-GMO, and they will be labelled as such. Granted, the benefits and downsides of GMO have long been debated.

“These moves, which represent a majority of the company’s products, come as a direct response and commitment towards meeting the evolving preferences of many consumers,” Del Monte’s press release stated.

Meanwhile, Campbell Soup announced that it would complete it’s transition to BPA-free cans by mid-2017 on Monday, and move toward cans made with acrylic- or polyester-based lining instead.