This Is the Latest Giant Company to Free Its Chickens 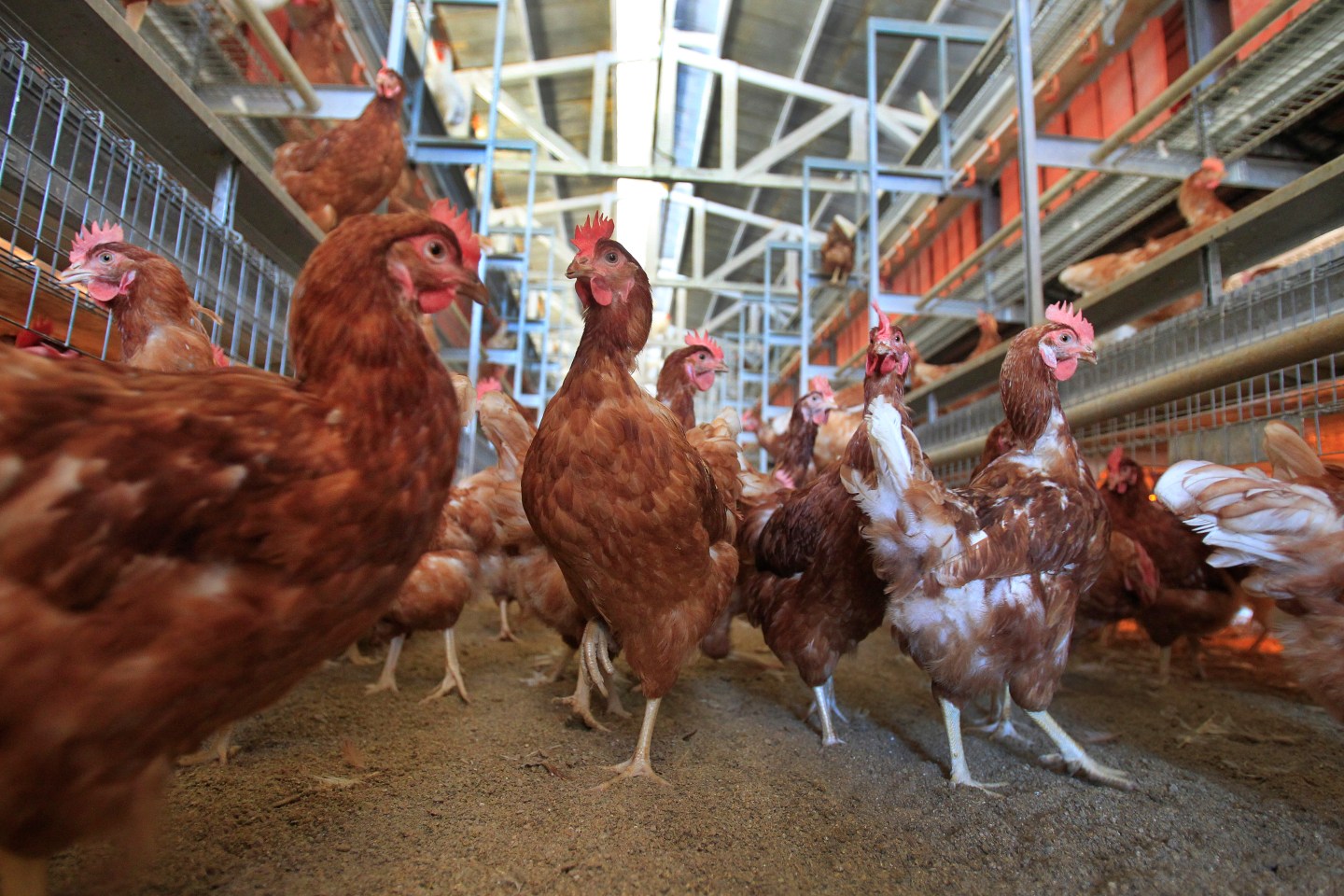 LAKEVIW, CA DECEMBER 19, 2014: 8,000 brown Leghorn and white Leghorn chickens roam about a cage-free aviary system barn at Hilliker's Ranch Fresh Eggs, a family business since 1942, in Lakeview, which has one barn converted to cage-free and other planned soon Friday, December 19, 2014. Egg farmers are rushing to comply with a landmark California law set to begin Jan. 1 that all but eliminates the confinement of hens in cages. (Photo by Allen J. Schaben/Los Angeles Times via Getty Images)
Photo by Allen J. Schaben via Getty Images

The cage-free egg movement struts on.

PepsiCo (PEP) today became the latest company to commit to using 100% cage-free eggs. The company will make the transition in North America by 2020 and globally by 2025. PepsiCo uses eggs in some of its baked products, such as biscuits, cookies, and protein bars, as well as oatmeal.

The Humane League said in a press release that it had approached PepsiCo toward the end of last year with the request that it switch to eggs laid by hens who are not confined in cramped cages.

“The issue of hen welfare has become so high in the food industry’s radar that pretty much anyone who uses eggs on a commercial scale is coming on board,” says Josh Balk, senior director of food policy for the Humane Society of the U.S.

Below is an updated list of companies, which the Humane Society helps maintain, that have made the commitment.