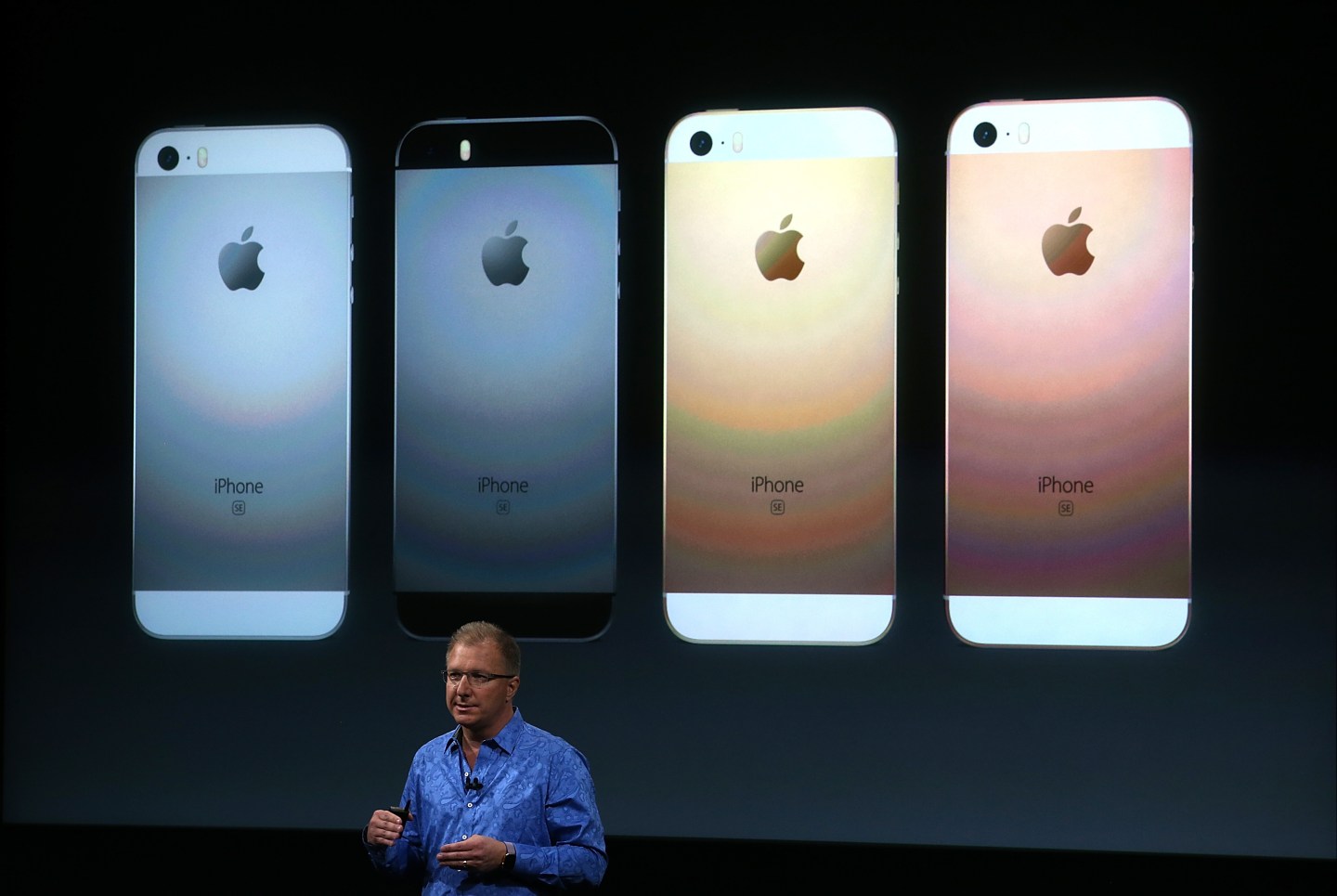 As promised, Apple’s new hardware is now available for preorder.

Customers looking to get their hands on the company’s iPhone SE or 9.7-inch iPad Pro can now preorder the devices on Apple’s website. When customers click on the iPhone SE or Apple’s latest iPad Pro on its website, they’ll be given the option to order their hardware. The devices will start shipping to customers on March 31.

Apple (AAPL) announced both the iPhone SE and 9.7-inch iPad Pro at its “Let us loop you in” press event Monday. The iPhone SE comes with a 4-inch screen, making it notably smaller than the 4.7- and 5.5-inch displays built into the flagship iPhone 6s and iPhone 6s Plus, respectively. In addition, the handset features Apple’s A9 processor and a 12-megapixel rear-facing camera. It’s designed to replace Apple’s iPhone 5s, a smartphone the company had been selling since 2013.

The 9.7-inch iPad Pro is a complement to the 12.9-inch version Apple had been selling since last year. The 9.7-inch screen is nearly identical to the 9.7-inch option built into the iPad Air 2, but comes with additional features to enhance picture quality. The iPad Pro runs on Apple’s A9X processor and has up to 256GB of storage.

There is some debate over just how well the devices will perform at retail. Apple’s iPad business has been in free fall for the last several quarters. Meanwhile, the tablet industry as a whole has been down, calling into question customer demand for slates. On the iPhone side, Apple says it sold 30 million 4-inch iPhones in 2015, suggesting they’re popular, but a study this week from Consumer Research Intelligence Partners (CIRP) argued that the iPhone SE might not sell so well in the U.S. That research firm believes Apple could ship as few as 4 million to 6 million iPhone SE units in its first year on store shelves.

For its part, Apple doesn’t typically announce initial sales figures, and lumps all of its device unit sales into its quarterly report. So it’s impossible to say for sure how well the iPhone SE and 9.7-inch iPad Pro are selling.

However, unlike some previous iPhone launches, like the iPhone 6 that saw initial stock run out soon after preorders went live, that doesn’t appear to be the case with the iPhone SE. As of this writing, the vast majority of iPhone SE models (there are several, depending on the color, storage size, and carrier choice) are still available to ship on March 31. A handful, including the Space Gray, 64GB version for AT&T, won’t ship until April 1 at the earliest, though it’s possible it won’t be shipped until April 5.

On the iPad Pro side, all versions are currently available and ready to ship on March 31.

In addition to online preorders, Apple plans to start selling its new hardware in store on March 31. And if things remain the same, it appears that just about anyone where the iPhone SE and 9.7-inch iPad Pro are available should be able to get their desired device on launch day.