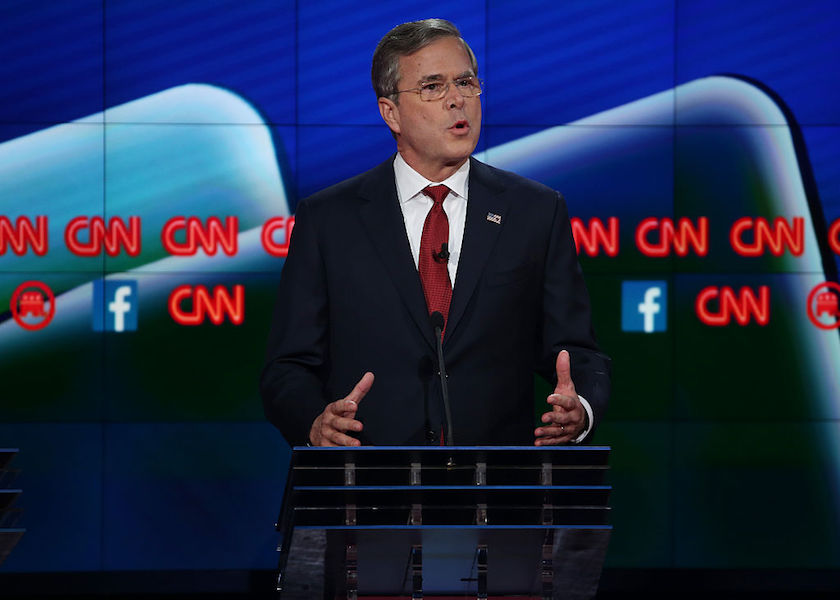 Wall Street stock futures are slightly lower this morning after some underwhelming corporate earnings over the last 24 hours and a fresh warning about the next U.S. interest rate hike by Philadelphia Fed president Patrick Harker late Tuesday. The dollar is slightly stronger and crude oil futures are down nearly 1%.

Cruz for the Republican presidential nomination on Wednesday, saying the U.S. senator from Texas represents the party’s best chance of winning the White House. In a statement, the former Florida governor called Cruz a consistent, principled conservative who has demonstrated an ability to appeal to voters and win primary contests. “Washington is broken, and the only way Republicans can hope to win back the White House and put our nation on a better path is to support a nominee who can articulate how conservative policies will help people rise up and reach their full potential,” Bush said.

Belgian police have made an arrest in their hunt for those responsible for Tuesday’s terror attacks in Brussels. The arrest was made in the Anderlecht district of Brussels during morning raids. It isn’t clear whether the man arrested is Najim Laachraoui, one of three men identified by the authorities Tuesday as carrying out the attack at Brussels’ Zaventem airport. Laachraoui is also a known suspect in the Nov. 13 attacks in Paris, Belgian media said Wednesday.

The maker of Cheerios and Pillsbury rolls reports its third-quarter earnings today. Analysts expect General Mill’s (GIS) results to come in lower than the average analyst estimate of 62 cents per share on about $4.1 billion in sales. That would make quarterly revenue the lowest its been in the past two years. General Mills has been trying to adapt its products to changing consumer trends, which has shunned processed foods in favor of healthier, organic, or gluten-free options.

The two-day media preview for the 2016 New York International Auto Show begins today ahead of the Easter weekend open. The car trend to look out for this year is crossover SUVs of all sizes and price points, including Maserati’s Levante and a special version of GMC’s Terrain.

The U.S. Supreme Court, which currently has eight justices after Samuel Alito’s death earlier this month, will consider appeals by Christian groups concerning whether they can completely opt out of the contraception mandate within the Affordable Care Act. Seven related cases will be considered, all of which involve non-profit groups that oppose the requirement on religious grounds. The justices will weigh whether the groups can reject the compromise offered by the Obama administration and ditch the mandate all together under the federal Religious Freedom Restoration Act.