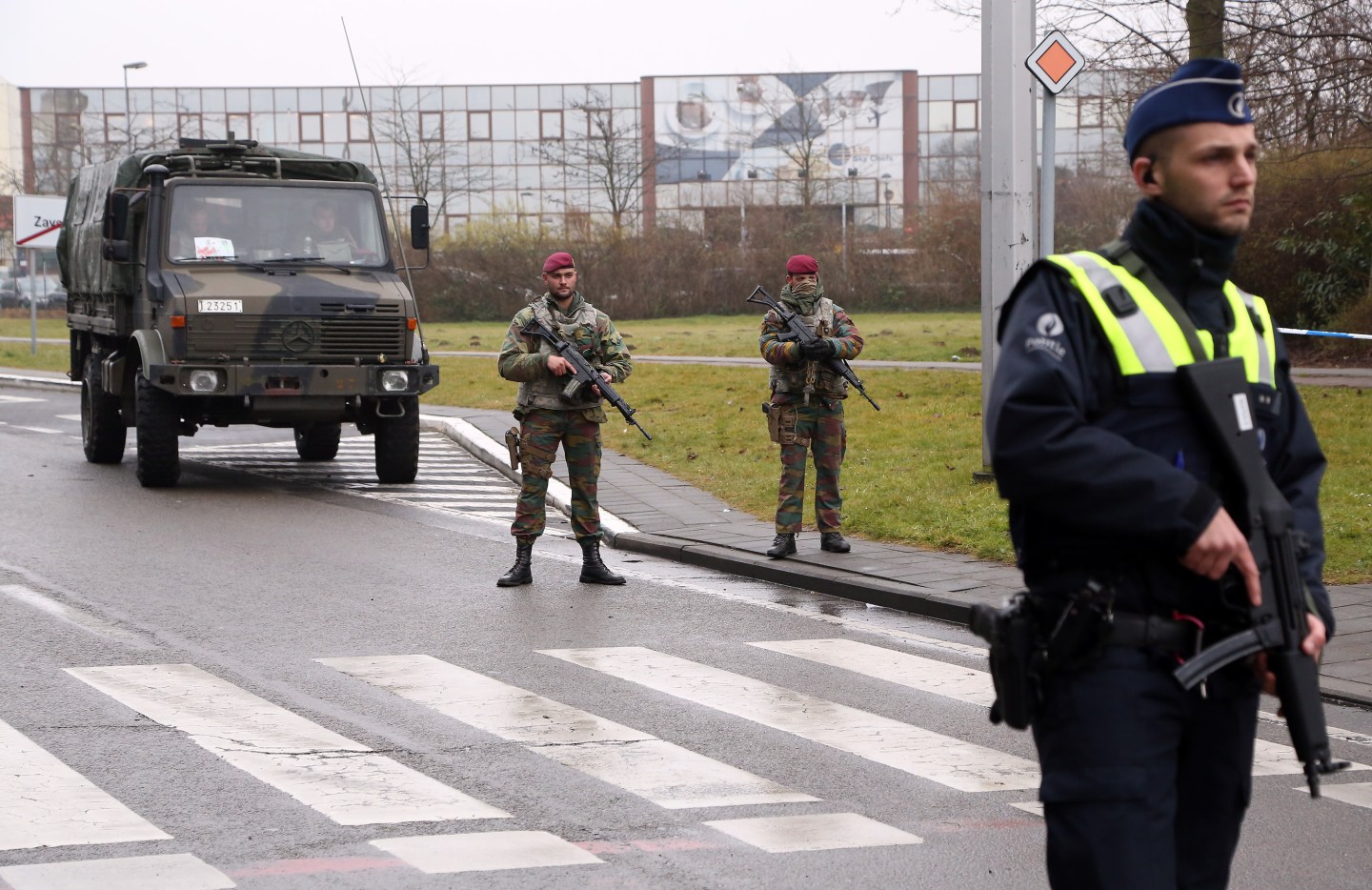 Belgian police have made an arrest in their hunt for those responsible for Tuesday’s terror attacks in Brussels, but the prime suspect at the center of the manhunt remains at large.

An arrest was made in the Anderlecht district of Brussels during morning raids. However, Belgian media had to correct earlier reports suggesting that the man arrested was Najim Laachraoui, one of three men identified by the authorities Tuesday as carrying out the attack at Brussels’ Zaventem airport. Laachraoui, who is also a known suspect in the Nov. 13 attacks in Paris, is still on the run.

Two other men who blew themselves up at Zaventem on Tuesday were brothers–Khalid and Brahim El Bakraoui–and known to the police.

Federal prosecutors declined to comment, but said they would provide information in the course of the morning.

Laachraoui’s DNA had been found in houses used by the Paris attackers last year, prosecutors said on Monday, adding that he had traveled to Hungary in September with Paris attacks prime suspect Salah Abdeslam.

Captured on a security camera photograph at Brussels Airport on Tuesday morning beside the El Bakraoui brothers, Laachraoui did not detonate a bomb and is still at large. A bomb was subsequently destroyed in a controlled explosion.

Khalid El Bakraoui, 27, had rented under a false name the flat in the Forest borough of the Belgian capital where police killed a gunman in a raid last week, RTBF said.

Belgian newspaper DH said the Bakraoui brothers may have fled the flat in Forest after last week’s shootout.

In the raid, investigators found an Islamic State flag, an assault rifle, detonators and a fingerprint of Abdeslam, who was arrested three days later.

Both brothers have criminal records, but have not been linked by the police to Islamist militants until now, RTBF said.

Brahim El Bakraoui, 30, was convicted in October 2010 for firing a Kalashnikov assault rifle at police and wounding an officer after a robbery in Brussels earlier that year. He was sentenced to nine years in prison.

In 2011, his brother Khalid was given a sentence of five years for car jacking.