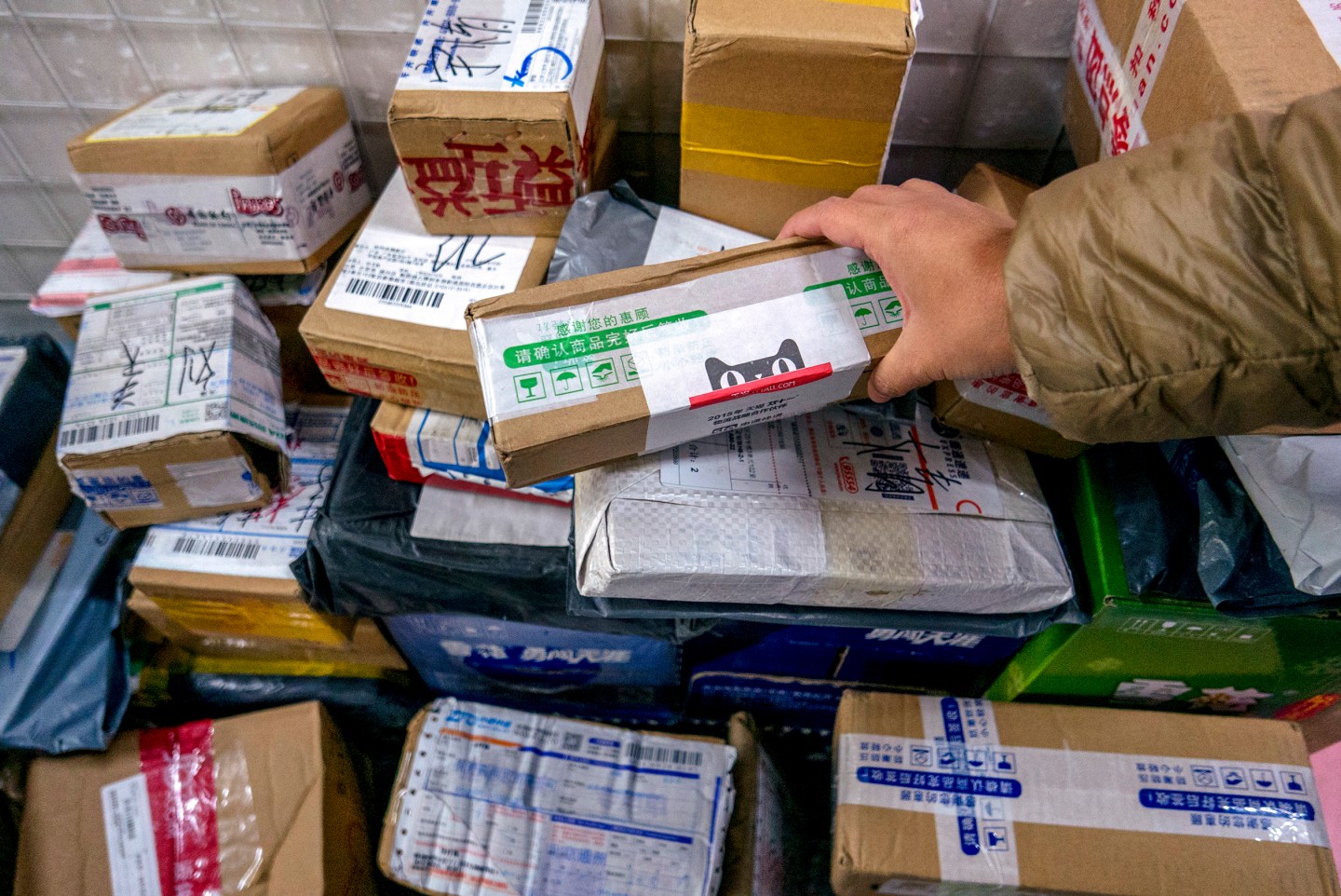 “Right now the firms aren’t very different in terms of service standards. So if one wants to make upgrades, differentiate themselves, this will require large investments.”

Clothing maker Dalian Dayang Trands Co. said in an exchange filing on Tuesday it would buy YTO Express through an asset swap and share issue, resulting in a backdoor listing on the Shanghai bourse for the courier.

Dayang Trands said it will transfer its assets to YTO Express’ shareholders under the deal. As a result of the transaction, which will require regulatory approval, the shareholders will ultimately own Dayang Trands, it said. YTO did not reply to requests for comment on Wednesday.

YTO’s deal follows that of rival Shentong (STO) Express, which announced a 16.9 billion yuan reverse takeover with a Shenzhen-traded valve maker in December.

Such back-door listings are becoming popular due to the lengthy waiting time involved in China’s initial public offering (IPO) process. STO Express is still waiting for regulatory approval and that decision could indicate whether YTO’s deal will go ahead, said analyst Jiang.

“STO Express was the first … Now other companies are frightened and are accelerating their stock market listings,” he said.

Rival SF Express in February posted a notice in a Shenzhen newspaper saying it was being advised by CITIC Securities, China Merchants Securities and Huatai United Securities on a potential stock market listing.

Also last month, Thomson Reuters publication IFR reported that ZTO Express was planning an up to $1 billion IPO this year in Hong Kong.

With low barriers to entry, express couriers proliferated rapidly over the past decade to more than 8,000 firms, squeezing profit margins to about 5% from 30% 10 years ago, according to analysts.

Alibaba and Yunfeng Capital, a fund backed by Alibaba’s founder Jack Ma, own a stake in YTO Express through a strategic investment deal announced in May last year.