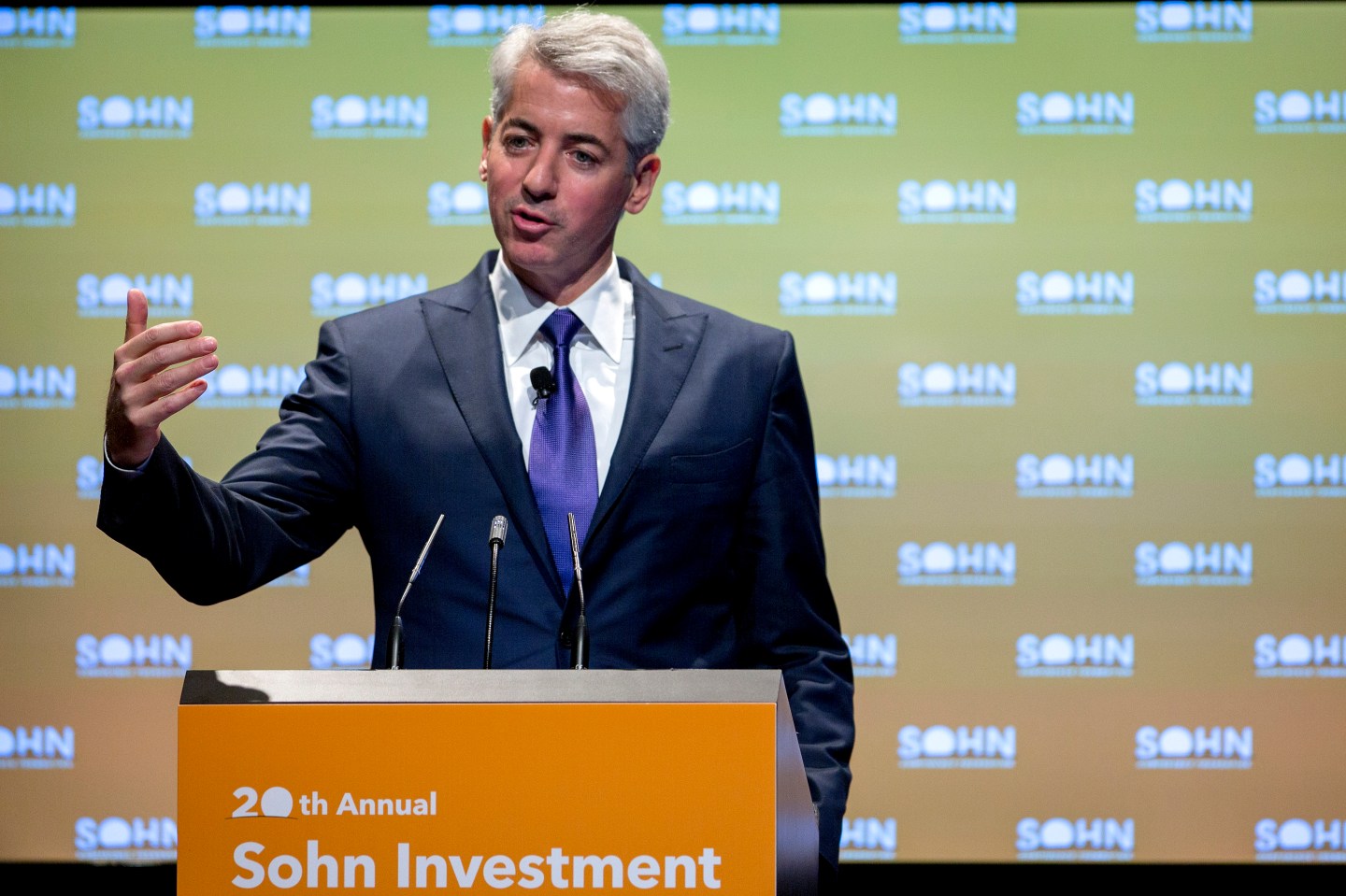 Bill Ackman has a big hole to climb out of.

The billionaire investor’s firm revealed on Wednesday evening that in just the first 11 weeks of 2016 the publicly held portion of his fund, which is traded in Amsterdam, has tumbled 25.2%. The huge losses, which amount to billions of dollars, are also causing the normally outspoken investor to retreat from the public a bit. On Wednesday, it was also reported that Ackman plans to skip the annual Sohn Investment Conference in May, where he was been a regular speaker for years.

Much of the losses in the Pershing Square Holdings portfolio stem from Ackman’s disastrous bet on Valeant Pharmaceuticals (VRX). Shares of the drug company have falling since the middle of last year on allegations of account fraud and price gouging. But another big drop came last week after the company missed expectations and said it may default on its debt if it doesn’t complete its financial filings on time. On Monday, Valeant said its CEO Michael Pearson would step down as soon as a replacement is found. Ackman is joining Valeant’s board and has said he is taking a more active role in trying to turn around the troubled drug company.

But Valeant is far from Ackman’s only loser this year. As of last week, nearly every stock in his portfolio was down in 2016. Even without Valeant, Ackman’s fund would be down more than 5% for the year. And that’s before you factor in leverage. In order to juice returns, Ackman borrowed $1 billion against his publicly traded vehicle Pershing Square Holdings. Now that the fund is down that debt is amplifying his losses.