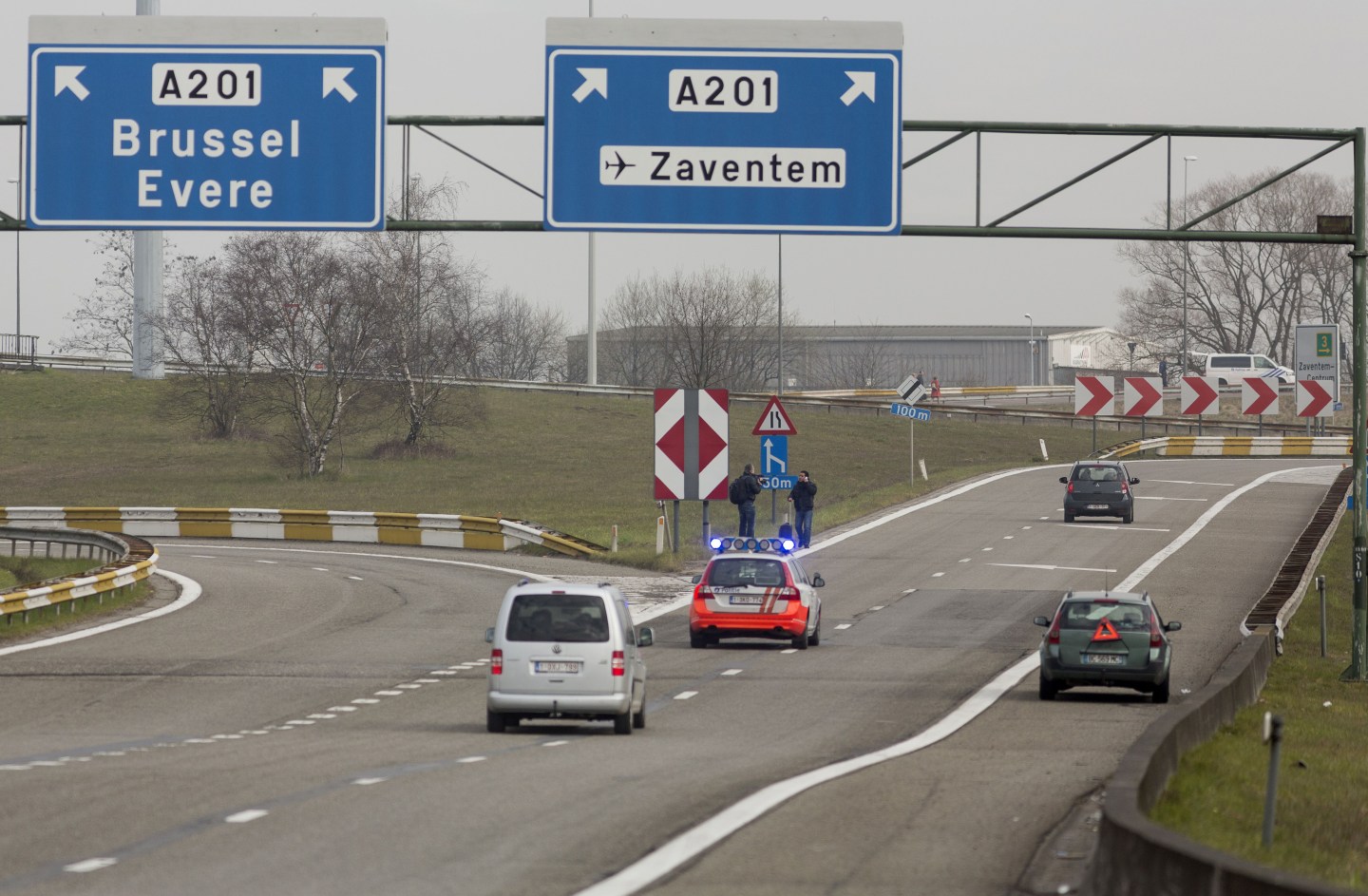 Terrorist attacks in central Brussels and at its main international aiport Zaventem have left at least 34 people dead and over 150 injured, according to Belgian media, in the worst day of violence in the country since World War 2.

The newspaper Le Soir and others reported a double explosion in the departure hall at the airport while passengers queued to check in for morning flights. Meanwhile, in a separate attack, a bomb was detonated in the Maalbeek metro station less than a mile from the European Union Commission and Council headquarters, seemingly targeting the morning rush hour.

The attacks revive in all its horror the threat of terrorism that has stalked Europe since the Nov. 13 attacks in Paris that killed 130 people. They come only days after police arrested Salah Abdesalam, the chief remaining suspect in the Nov. 13 attacks, at a hideout in the Belgian capital.

Belgium’s Interior Minister, Jan Jambon, said on Monday the country had been on high alert for a revenge attack.

“We know that stopping one cell can … push others into action. We are aware of it in this case,” he told public radio.

Police had reported that Abdesalam was “cooperating” and not maintaining his right to silence after being arrested.

Alex Rossi, a correspondent with U.K.-based Sky News who was at Zaventem airport by coincidence, said he heard two “very, very loud explosions.”

“I could feel the building move. There was also dust and smoke as well…I went towards where the explosion came from and there were people coming out looking very dazed and shocked.”

According to Reuters, the explosions were preceded by gunfire and words shouted in Arabic. Reuters also reported Belgian media as saying that another unexploded suicide belt was discovered at the airport, as well as a Kalashnikov rifle next to the body of one of the attackers. Initial reports suggested that at least one of the bombs was detonated near the check-in desks of American Airlines, prompting suspicion that Americans had been deliberately targeted. American Airlines denied this information, however.

“American Airlines check-in operates at Row 8 of the departure hall, and the explosions did not occur at Row 8,” it said in a news release. It added that all of its staff and crew members were safe and accounted for.

American, Delta and United Airlines have all diverted their flights that were still bound for Brussels to other airports for the rest of the day. Flights that landed before the attacks deplaned safely, the airlines said.

Brussels Airport and all the railway stations in the capital have suspended operations until further notice, while the city’s museums also confirmed they would stay closed Tuesday. Pictures on social media showed smoke rising from the terminal building through shattered windows and passengers running away down a slipway, some still hauling their bags. Brussels railway network was also in lockdown, as was the European Commission. Eurostar, which operates express trains between London and Brussels, suspended its service.

Belgian Prime Minister Charles Michel appealed for “calm and solidarity” as the country was placed on the highest state of alert. On his Twitter feed, Michel said: “We are following the situation minute by minute. Our priority concern is for the victims and those present in the airport.”

President Barack Obama, speaking during his trip to Cuba, said: “We must be together regardless of nationality or race or faith in fighting against the scourge of terrorism. We can and we will defeat those who threaten the safety and security of people all around the world.”

There has been a high state of alert across western Europe for fear of militant attacks backed by Islamic State, which claimed responsibility for the Paris attack. The Gare du Nord train station in Paris was also closed due to a security alert, according to local media reports in France.

The French Interior Ministry, meanwhile, announced that it would deploy 1,600 extra police officers around the country to safeguard stations, airports and borders.

Reuters contributed to this report. The story is still developing.