Why Goldman Sachs Is Betting Millions On Female Business Owners 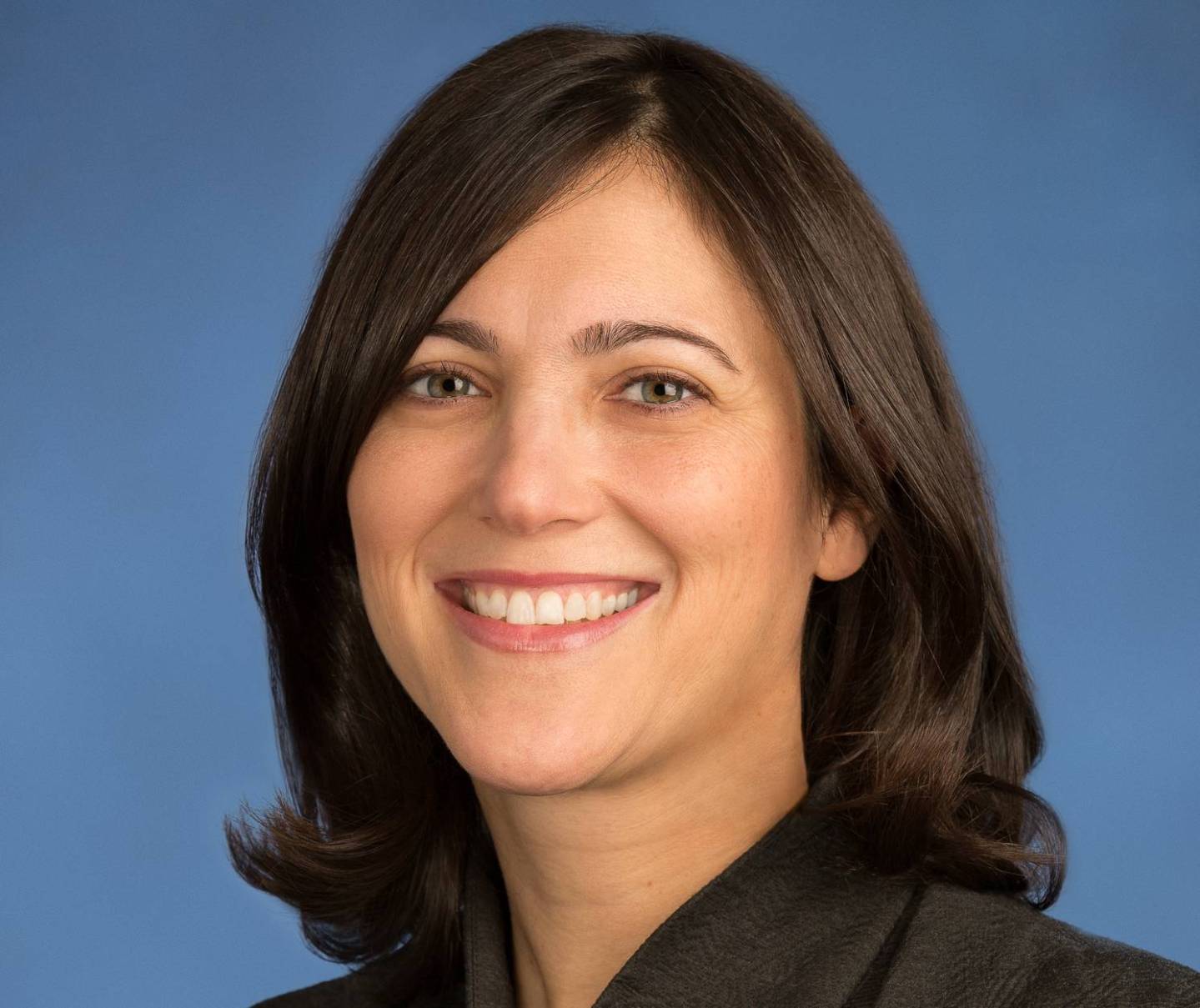 Goldman Sachs is not the kind of firm to pass up a $300 billion dollar opportunity.

For women in the U.S. and abroad, access to capital remains a huge hurdle for starting and running a business. In developing countries, according to Goldman’s 10,000 Women Initiative, 70% of female-led small- and medium-size businesses can’t acquire adequate funding—or, in many cases, any funding at all. The International Finance Corporation estimates this funding gap at nearly $300 billion.

Noa Meyer, the global head of 10,000 Women, which has so far helped more than 10,000 entrepreneurs in 56 countries grow their enterprises, echoes an increasingly common refrain: Investing in women is good for business, and good for the world. I talked to Meyer about Goldman’s partnership with the IFC to create the Women Entrepreneurs Opportunity Facility and other ways 10,000 Women is changing the face of business overseas.

The interview has been edited and condensed for clarity. You can hear our entire conversation on Inflection Point.

Lauren Schiller: Tell us about the 10,000 Women Initiative from Goldman Sachs.

Noa Meyer: Goldman Sachs started 10,000 Women in 2008 with an initial $100 million commitment to provide business and management education for women-owned small businesses in developing countries. At that time, the firm was thinking about making a big philanthropic investment globally. This predates the financial crisis, when the focus was on globalization and creating opportunity for more people to benefit from the global economy. And we had this research showing that investing in women was not just a nice thing to do, it was a smart thing to do, and the idea of 10,000 Women was born.

For the first six years we focused on providing business and management training to women who were running existing small businesses, plus access to mentors and networking. We wanted to provide practical business education — how to write a business plan, how to access capital, operations, negotiations — things that if you are running a business, but you’ve never had any formal training, will help you grow that business. We developed partnerships with about a hundred academic and nonprofit partners all around the world and work with them to recruit the women.

We measured everything, as we do at Goldman Sachs, and we learned that 70% of the women were growing their business about a year and a half after graduating, and 60% of them were hiring more employees, and then 90% of them were mentoring other women. But one area that eluded us was their ability to access capital. In partnership with the World Bank Group’s International Finance Corporation (IFC), we announced in 2014 the first-ever global financing facility focused exclusively on woman-owned small businesses. It will be a $600 million facility that will enable 100,000 women to access capital all around the world.

The idea is that we help banks figure out what they need from a financial perspective to expand their book of lending to female small business owners. Our dollars not only limit the risks for banks, but also provide training for the loan officers or help the banks assess the marketplace so they understand the opportunity.

You mentioned that there are specific benefits associated with investing in women.

A lot of research from Goldman and others shows that women invest their earnings back into their families and communities. They invest in education. They invest in health care. The thinking is that investing in women is an investment in the long-term health of families and communities. And research has shown that increasing labor force participation can boost growth. It’s on a micro level, and on a broader macro level there’s a huge opportunity.

Are they inclined to start a business because they are unable to get work in other ways, or because they’re truly entrepreneurs?

They truly are entrepreneurs. Our selection process screens for women with established businesses who have a genuine desire for growth. Many of these women are operating in isolation. Many come from very traditional societies that disapprove of them devoting time away from their families. The support that they get from the network gives them the confidence to continue investing in their business, and it gives them growth opportunities through the other women that they are able to meet.

I can’t tell you how many times I’ve heard a story that begins, “My husband really didn’t want me to start my business. My husband was not supportive of me going through the 10,000 Women program, and then after I got out of 10,000 Women I learned all these things, my business changed dramatically, and now my husband works for me.”

What is in it for Goldman Sachs? What would you say to a cynic who might argue that the company is just doing it to burnish its image and make a profit?

We don’t make any profit off of 10,000 Women, or any of our philanthropic efforts. I think the firm tries to align our philanthropy with who we are as a company. At the end of the day, Goldman Sachs is about creating economic opportunity and jobs. That’s our day job. That’s what the money-making part of the firm fundamentally does, so we wanted to create philanthropic efforts that aligned with that identity. What spurred the initial investment in 10,000 Women was a desire to help more people benefit from the global economy.

What do you find personally fulfilling about this job?

My background is in public service. I started my career in Washington working for Hillary Clinton when she was First Lady. Everything that I’ve ever done professionally has been motivated by impact and service. I came to Goldman to work on 10,000 Women before it was launched, and I’ve worked on it the entire time. It’s exciting to work at a place where the culture and the values are aligned with the goals of this program, a place that has resources to be able to invest in a meaningful way to drive impact, and a place that holds us accountable for impact.

What were some of the challenges in getting this off the ground?

Like any startup — because that is what we were in the early days — there was a lot of having to prove our value internally and externally. There was a lot of scrutiny until we were able to demonstrate that this was a meaningful program that had significant opportunities for change for its beneficiaries.

Working in so many different environments was challenging, but also hugely exciting. We were helping Goldman have a program on the ground in Afghanistan, Rwanda and Liberia. People saw that there was a big opportunity for us there, but operating in those countries is challenging. Figuring out how to adapt our model, from China to Afghanistan, for example, also required a lot of flexible thinking.

I understand you worked on Bill Clinton’s second presidential campaign. What attracted you to campaign work?

I grew up in Washington. Politics and government were part of my childhood. I had lived overseas with my family, so that was a big part of my point of reference. I fell into it because it was what I knew, but it was the smartest choice I could have made. The network that I developed out of politics has stayed with me for the last 20 years. Every job I’ve ever gotten has been connected directly to the people that I met in politics and in government. The job that I have now is directly connected to a friend from when I was 21, working in the White House.

You worked in Hillary Clinton’s speech writing office in the late 90s. What was one thing you learned from working for her?

I think the balance that you need to strike between impact and policy work, and how you actually draw attention to the importance of that work — those two need to go hand-in-hand in order to make change. If you are not able to tell the story of why something’s important, it’s like a tree falling in the forest to some degree, but if you’re not doing good work that’s having real impact, you don’t have anything to talk about.

What is the best advice that you’ve ever received about how to help someone succeed?

Listen to what somebody needs rather than dictate what you think they need. It’s a slippery slope when you’re coming in with money and helping people in other communities who approach life from a very different perspective. I think, for anybody who does work with underserved populations, if you approach it with arrogance, it’s inevitably going to fail. But I think if you’re driven by a desire to understand what somebody needs and wants, then you’ll be able to offer something beneficial.