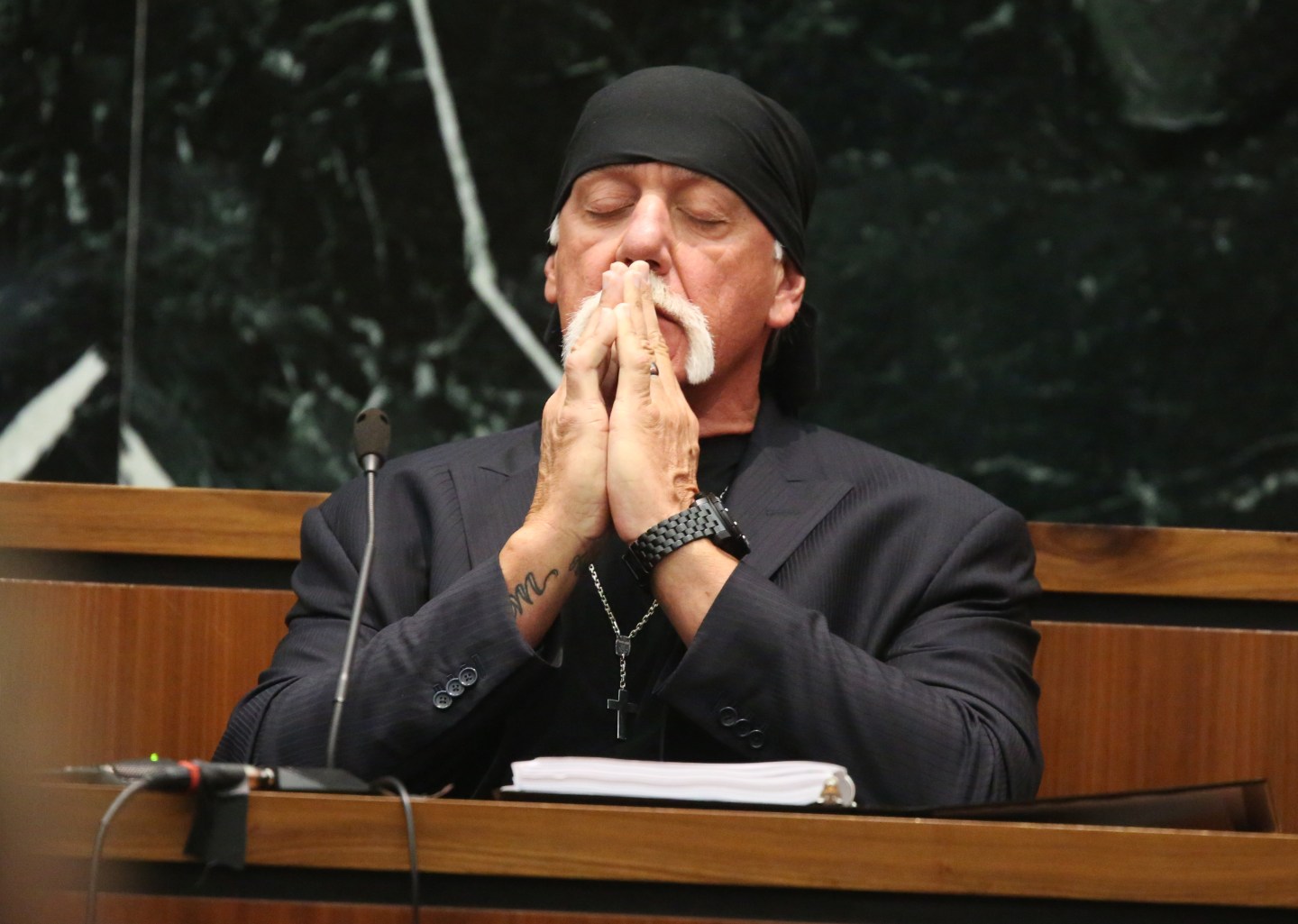 Hulk Hogan, whose given name is Terry Bollea, takes a moment as attorneys talk to the judge in court on Tuesday, March 8, 2016, during his trial against Gawker Media, in St Petersburg, Fl. Hogan and his attorneys are suing Gawker for $100 million, saying that his privacy was violated, and he suffered emotional distress after Gawker posted one minute and forty one seconds of a sex tape filmed of Hogan and his then-best friends wife. (John Pendygraft/Tampa Bay Times via AP, Pool) MANDATORY NY POST OUT
John Pendygraft — AP

Gawker said it will appeal the verdict reached in favor of Hulk Hogan in the lawsuit he brought against the media company over its publication of a sex tape featuring the professional wrestler.

The jury awarded Hogan $115 in compensatory damages in addition to punitive damages on Friday. Hogan had asked for $100 million, arguing his privacy was violated when Gawker published an excerpt from a video of him having sex with the wife of his then-best friend Bubba the Love Sponge Clem, the New York Times reported.

Following the verdict, Gawker said it had anticipated it would lose the trial and will appeal the decision.

“Given key evidence and the most important witness were both improperly withheld from this jury, we all knew the appeals court will need to resolve the case,” Gawker CEO Nick Denton said in a statement, Capital New York reported. “I want to thank our lawyers for their outstanding work and am confident that we would have prevailed at trial if we had been allowed to present the full case to the jury. That’s why we feel very positive about the appeal that we have already begun preparing, as we expect to win this case ultimately.”

Hogan’s lawyers said the verdict was “a statement as to the public’s disgust with the invasion of privacy disguised as journalism,” the New York Times reported. “The verdict says, ‘No more.’”