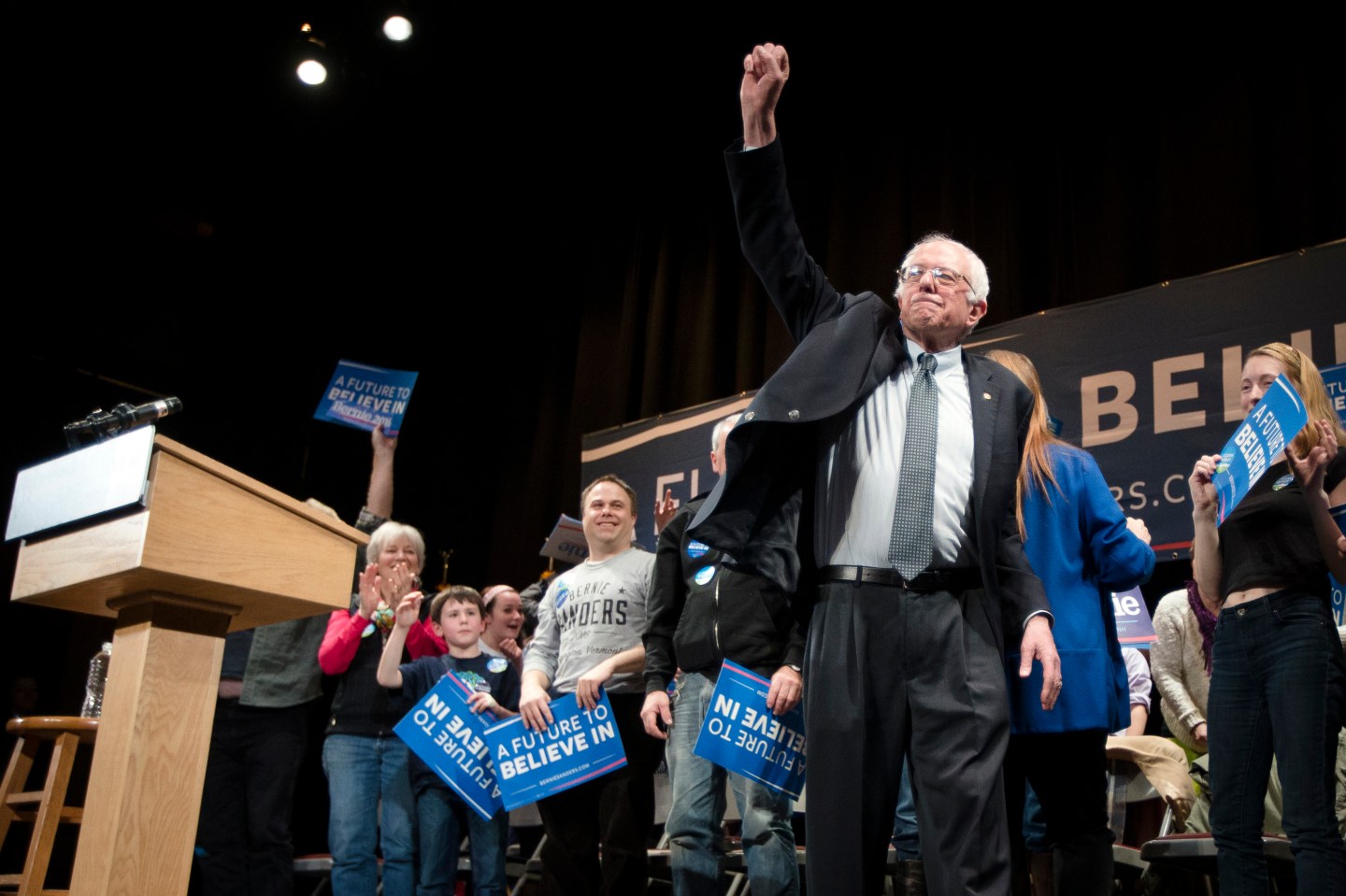 Even though Bernie Sanders might be lagging behind Hillary Clinton in the race for the Democratic nomination for the White House, it’s hard to ignore how the 74-year-old self-proclaimed socialist from Vermont has galvanized a mainstream millennial following big enough to pose a real challenge to Clinton’s juggernaut.

For years, Sanders was seen as too radical to draw mass support and win major political victories. Now, with over 250,000 volunteers and a record-breaking 1.3 million donors, his presidential campaign has caused a seismic shift in the political landscape and rocked the Democratic establishment. While he may now be trailing Hilary Clinton in the primaries, there is no question that Sanders’ insurgent candidacy has changed the policy conversation and forced us to rethink the traditional campaign model.

What is behind Sanders’ unexpected success? The reason has to do with cultural trends driven by technology and demographics that are changing the nature of how people like to work. Our own research on teamwork at the University of Pennsylvania’s Wharton School has shed light on these trends: people expect more freedom to shape how work gets done and are less attached to individual organizations. Collaboration has become increasingly virtual, and communication has accelerated to a dizzying pace. The paradox of this new world of work is that we are all becoming both more fragmented and interconnected at the same time.

Just as Sanders supporters want a motivating vision more than a narrow menu of policy proposals, employees expect more from work than a paycheck — they both want to know the “why.” Leaders who can articulate a compelling vision will draw supporters that are engaged and passionate.

The Sanders team has excelled at giving supporters enough leeway to harness their energy without giving so much that the base descends into a disorganized mob. What Sanders can teach business leaders boils down to a basic principle: Give, but don’t give in. We offer three guidelines to cultivate this leadership style of disciplined flexibility:

Offer a strong vision, but be responsive

Sanders has always presented a compelling vision of economic justice to his supporters. But he has also shown a willingness to listen. When Black Lives Matters protests threatened his progressive image, he crafted a more inclusive message for a diverse base. The lesson for business leaders: in the new media environment, isolation kills. Just consider the famously insular top team at Volkswagen. They spent years convincing themselves they could dupe consumers and regulators about the emissions produced by their diesel vehicles. VW is paying billions for this spectacular example of groupthink.

Give autonomy, but provide support

Sanders takes the novel approach of having volunteers self-organize. At the same time, dedicated campaign staff provide training to their most passionate supporters: the “builders.” Volunteers are therefore hyper-motivated because they can make the cause their own, but they are also coordinated around Sanders’ strategy. Our research tells us that this empowering style of leadership gets the best results out of groups in almost any setting. Take Gen. Stanley McChrystal, who successfully prosecuted the war against Al Qaeda in Iraq by changing the top-down structure of his military command to a “team of teams.” He embedded key personnel in each division to provide two-way communication between central command and officers on the ground, much as Sanders’ staff does with their volunteers.

Create structure, but allow for tinkering

A key to Sanders’ success is that he has successfully channeled the energy of activists into the traditional structure of the primary process. On the other hand, his campaign encourages volunteers to tinker creatively within that structure to create outsize impact. Armies of grassroots coders have created organizing tools like FeeltheBern.org and canvassing apps that have massively boosted voter turnout. The key is to support lots of small experiments while leveraging infrastructure to scale up the ones that work. Companies that follow this model are more likely to thrive: Witness Google’s @GOOG(GOOG) reorganization under Alphabet, which was all about creating spaces for tinkering within the supportive structure of one of the world’s biggest corporations.

As business leaders fight to stay ahead of the trends that are changing how their people work, they might look for inspiration to successful organizations in today’s volatile political realm. The leaders who thrive will be the ones who can manage the tension between control and chaos.

Mario Moussa, Derek Newberry and Madeline Boyer are the authors of Committed Teams: Three Steps to Inspiring Passion and Performance. Moussa teaches in the Executive Programs at the University of Pennsylvania’s Wharton School of Executive Education. Newberry and Boyer are lecturers at the Wharton School of Business and senior consultants at Percipient Partners. Neither Moussa, Newberry or Boyer are investors of the companies referenced in this article.