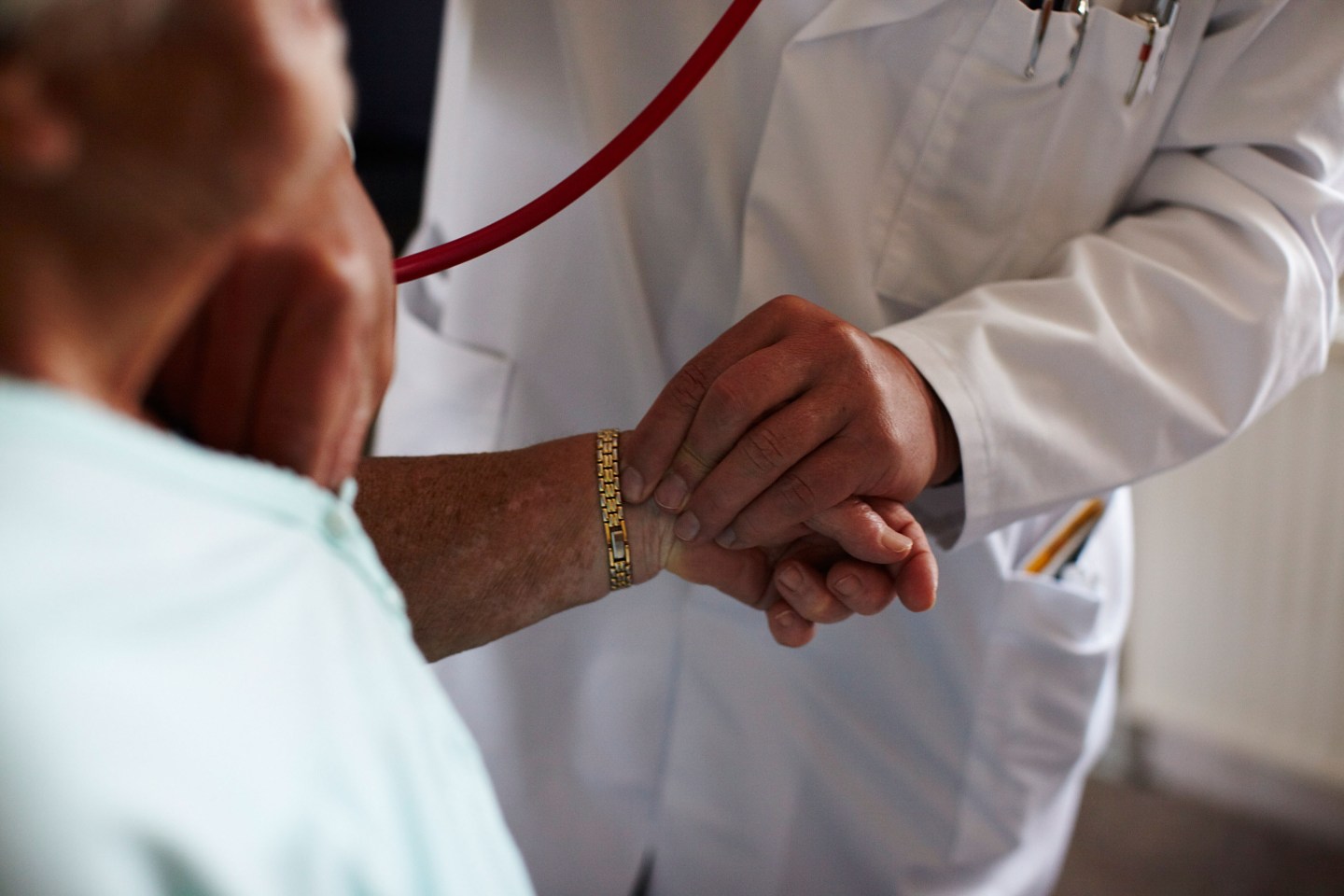 SEELOW, BRANDENBURG - AUGUST 08: Country doctor Dieter Baermann measures the blood pressure of Elisabeth Boehm in the patient's home on August 8, 2011 in Sachsendorf near Seelow, Germany. Baermann works in the state of Brandenburg in eastern Germany, a region that is struggling with a shortage of doctors in rural areas. Critics charge that current laws actually discourage doctors from taking up posts in rural areas, and the German government is debating a new law intended to reverse the trend. Many doctors across Germany complain about a legal system that they claim burdens them with too many costs and hampers their ability to provide the best care. (Photo by Carsten Koall/Getty Images)
Photograph by Carsten Koall — Getty Images

Doctors are in demand these days, and not just from patients. Physician’s offices are increasingly being snapped up by hospitals and investors alike. Acquisitions rose 47% last year, to hit 88, and though few prices are reported, those that were totaled over $2 billion.

For hospitals, adding MD offices can increase economies of scale as margins tighten under the Affordable Care Act. It’s also a good deal for investors who want in on promising health care businesses. Take concierge medicine, a model in which doctors charge patients a monthly fee that entitles them to longer appointments and home visits, among other perks. This retainer, which patients typically pay out of pocket, can run $1,800 a year or more. One such firm, Qliance, counts Jeff Bezos and comedian Drew Carey among its investors. Another, MDVIP, recently sold to PE firm Summit Partners for a reported $350 million.

A key benefit of the concierge model is that the extra money allows doctors to spend more time with fewer patients, rare in an era of doctor shortages. There are an estimated 6,000 concierge-style offices today, up 25% from just a few years ago, and Bain estimates that the number could triple. That won’t help with the dearth of doctors, but there are plenty of practices whose financial prognoses look healthier.

For more on the medical profession, watch this Fortune video:

A version of this article appears in the March 15, 2016 issue of Fortune with the headline “Doctors Are So Hot Right Now.”