These Presidential Candidates May Be Selling Your Personal Data 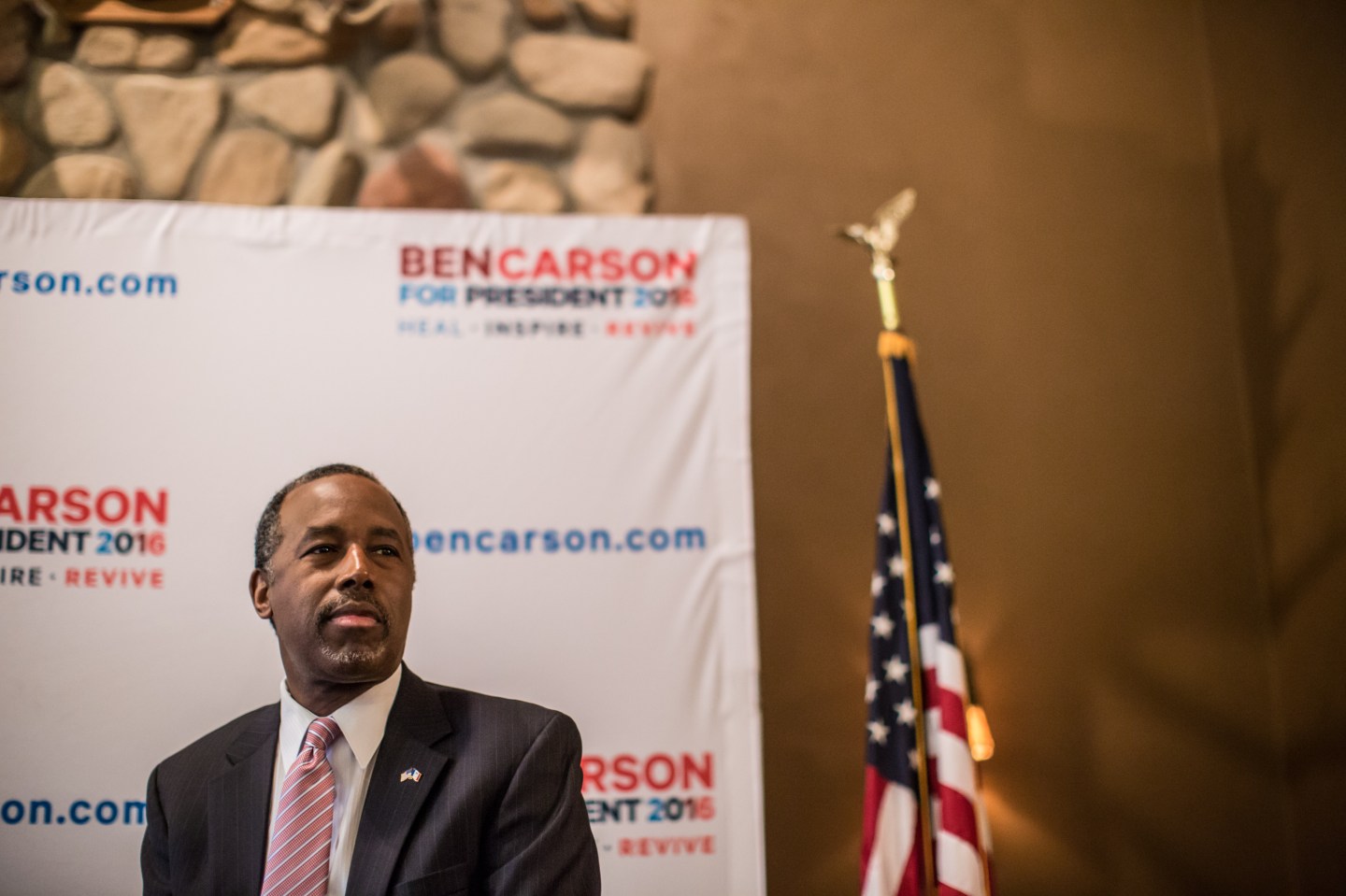 The money that goes to funding presidential runs is the lifeline that keeps candidates afloat even when grassroots momentum slows (Jeb Bush, anyone?). But it’s not just the money sent in by donors that’s valuable—the information collected by political campaigns can be worth big bucks as well.

So even when a campaign run ends, as it has for Republican presidential candidates like Bush, Ben Carson, and, most recently, Marco Rubio, a valuable asset remains, in the form of data and personal information collected from supporters.

According to a recent report from the Center for Public Integrity (CPI), Carson and his campaign successfully collected personal information from more than 700,000 donors and millions of others who visited BenCarson.com. It’s not like anyone reads website privacy policies, but Carson’s site does note: “when you make contributions to Carson America that aggregate to more than $200, federal law requires us to use our ‘best efforts’ to collect your name, mailing address, employer, and occupation.”

Rubio, who suspended his campaign this week after losing his home state of Florida, likewise notes on his website that “we will not sell your personal identifiable information to any party,” but that “we may share information—that you voluntarily provide us—with like-minded organizations, committees, or candidates committed to our principles.”

So, if you’ve donated money to one candidate or merely signed up for e-newsletters and suddenly start to receive phone calls, emails, or flyers in the mail from other campaigns, you’ve got no one to blame but yourself.

Typically, political campaigns gather donor information like names, mailing addresses, employers, and occupations, and sooner or later sell this information to other political groups. Less specific “metadata” can also be sold or “rented” to for-profit data brokers. Joe Birkenstock, former Chief Counsel of the Democratic National Committee and partner at D.C. law firm Sandler Reiff, says that such metadata can be extremely valuable, giving candidates indications about the state of mind of certain donors and the effectiveness of different speeches on contributions.

Read next: Where the Presidential Candidates Stand on Money Issues

Candidates from both major parties have been leveraging the value in personal donor information to further their political second acts for years. Hillary Clinton’s 2008 presidential campaign committee earned $3.1 million in income from donor data, for example. The campaign committees of Wisconsin Governor Scott Walker, Mitt Romney, and others have also “profited” from sales of donor information, according to the CPI.

The list of donors to Ben Carson’s renegade campaign is particularly valuable, as it includes information from voters who don’t typically donate to political campaigns–and are therefore less likely to already be in another political group’s database.

So how much are Carson supporters “worth”? About $6, according to the CPI report. While that price point seems paltry, it adds up to well over $4 million.

Carson can’t profit personally from sales of the data, but he could use the money to fund other political movements. Birkenstock says that Carson might follow the lead set by the likes of Sarah Palin. In 2009, after losing her bid for the White House with running mate John McCain, Palin launched SarahPAC, a political action committee that supports conservative candidates.

When Carson ended his campaign, he announced his new position as the national chairman of nonpartisan organization My Faith Votes. And he could fund this organization by selling the information collected during his presidential run. This probably isn’t what most people had in mind when they were cutting Carson a check months ago.

“Donors should take a second to read the privacy policy on the site for the candidate they’re donating to,” advises Birkenstock. “Make sure you can reach your own conclusions about the policy and you’re comfortable having your contact information shared.”

Always check any website’s privacy policy before using it or completing payments through it, as data brokers can collect even the most personal details of your financial life like your social security number.

Read next: 8 Epic Business Failures with Donald Trump’s Name on Them

While there are other ways to protect your information online (try deleting cookies), the best way to contribute to a candidate while keeping your information private is to donate in cash anonymously. Note, though, that you’re limited to $50 cash contributions by the Federal Election Committee.

And if you’ve already made a donation and shared your information, prepare for your phone to start ringing, if it hasn’t already. Come to think of it, you may want to turn your phone on silent until the election is over.