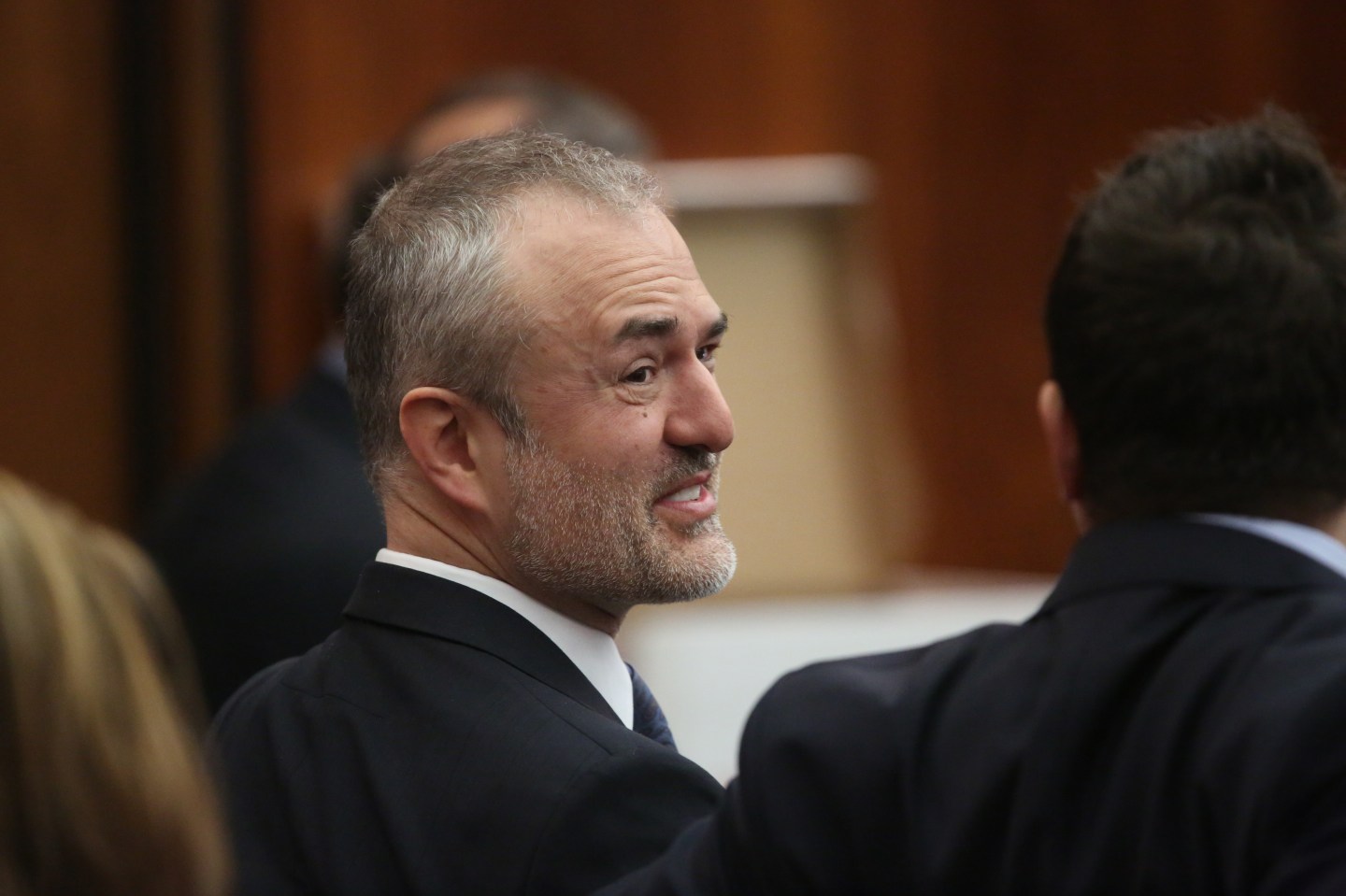 Gawker founder Nick Denton read out a graphic account of the acts shown in a sex tape featuring wrestling celebrity Hulk Hogan in a Florida courtroom on Tuesday, saying his company’s 2012 online publication “stands up to the test of time.”

Gawker was sued for $100 million by Hogan, who says the release violated his privacy. The New York-based media company could be forced out of business by an unfavorable verdict in a civil trial testing the limits of freedom of the press.

Hogan’s attorneys asked Denton, a high-profile figure in the world of Web publishing, to read aloud a very explicit article accompanying the video, which he did in an even tone.

The lawsuit centers on the one-minute, 41-seconds of video that Gawker excerpted from the sex tape of unknown origin. It has not yet been shown to the jury in St. Petersburg, Fla., near Hogan’s home.

The clip shows Hogan’s tryst with the wife of his then-best friend, radio “shock jock” personality Bubba the Love Sponge. Hogan says their consensual encounter was recorded without his knowledge five years before Gawker’s posting.

Denton said he had not watched the video, nor read the article before publication. He described his role as broadly overseeing the portfolio of websites under Gawker media.

Still, he stood by the piece as in keeping with Gawker’s mission to produce “true and interesting” journalism.

“The piece had value. It was true. It was a story honestly told and it was interesting to millions of people,” Denton said.

The Hogan sex tape piece was one of more than 10,000 posts in 2012 on the Gawker website, a former company executive testified later on Tuesday. The video alone was viewed 2.5 million times, with 57% watching the entire clip.

Denton’s testimony, spread out over two days, highlighted his approach to websites run by the Gawker company, which include technology-oriented Gizmodo and women-focused Jezebel.

Pressed on his views on privacy rights during cross-examination, Denton said celebrities have “a smaller zone.”

Jurors had questions for Denton, too. One of them asked if the sex in the video would be protected speech under the First Amendment of the U.S. Constitution if it was gratuitous.

“No,” he replied. He had previously said that he did not think the sexual content overreached.