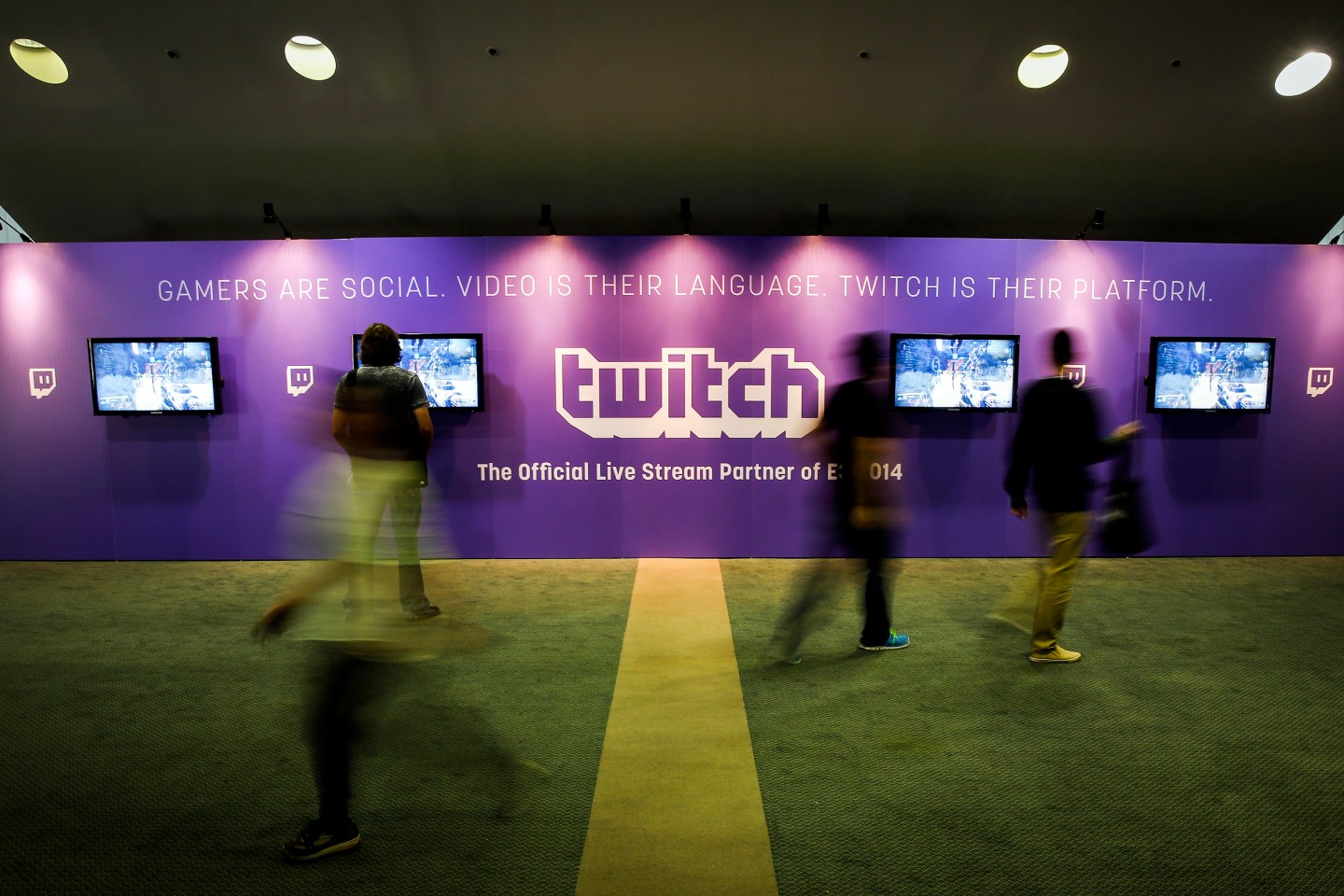 There’s all kinds of live-streaming content available on Amazon’s Twitch service, most of which involves teenagers and twenty-somethings playing online games such as Minecraft and Call of Duty.

But this week, something a little unusual will be joining the mix. Namely, a broadcast of all 201 episodes of deceased cooking legend Julia Child’s pioneering TV show, The French Chef.

If that strikes you as an odd combination, you’re not alone. After all, Julia Child died more than a decade ago. Even when she was alive, her cooking show wasn’t exactly a hit with the teenaged gaming audience that appears to be the core of Twitch’s market. Twitch has a built-in community of more than 100 million users.

Not only that, but the whole point of Twitch—until now, at least—is that it is live. The gamers who are streaming their contests are doing so live, and the people who are watching them at home or on their phones are also doing so in real-time. The interaction between the gamers or performers and their audiences is part of the magic behind the service.

So why would Twitch, which Amazon acquired in 2014 for approximately $1 billion, want to broadcast a cooking show starring a woman who died in 2004?

According to Bill Moorier of Twitch, who talked with the New York Times about the project, the Julia Child experiment is an attempt to reproduce the success of a similar broadcast of painter Bob Ross’s show The Joy of Painting that ran on the service last October.

Ross, who died of cancer in 1995, has become a kind of cult favorite in part because of his soothing manner and afro-style hairdo, and the broadcast of all 400 episodes of his painting show became an unexpected hit. Moorier cites about 5.6 million viewers tuned in to the marathon broadcast, and at certain times, as many as 183,000 people were watching the stream at the same time.

The fact that the painter wasn’t around to see any of their comments didn’t seem to matter to many of those who participated in the Ross marathon. More than 7.6 million comments were posted during the week the show was on, according to Twitch, which is fairly impressive for something that might be seen charitably as niche content.

With the Ross and Child shows, Twitch is clearly trying to broaden its reach beyond the kind of gaming content with which the service is usually associated as part of a relatively new effort called Twitch Creative, an initiative focused on “artists, crafters and builders.”

In a sense, these efforts are taking Amazon (AMZN) further and further into the same kind of arena occupied by Netflix, Hulu, and other online broadcasters. All of these media entities, to some extent, rely on the social buzz created by interaction on Twitter and Facebook around their shows as a way of finding new audiences.

The launch of Twitch Creative could accelerate the head-to-head contest between Twitch and YouTube (GOOG), which has been the default broadcasting platform for musicians, comedians, and other artists for some time. The Google-owned brand is now trying to get into subscription content with YouTube Red. YouTube launched its own gaming-focused live-streaming service last year in an attempt to compete with Twitch.

It remains to be seen what other kinds of content Amazon might choose to experiment with on Twitch Creative—if Bob Ross and Julia Child are successful in engaging audiences. Almost any kind of archived instructional show from the past could theoretically achieve the same kind of success. If the company plays its cards right, it might even find new creators who can draw as large an audience as Ross or Child and give them a national spotlight.