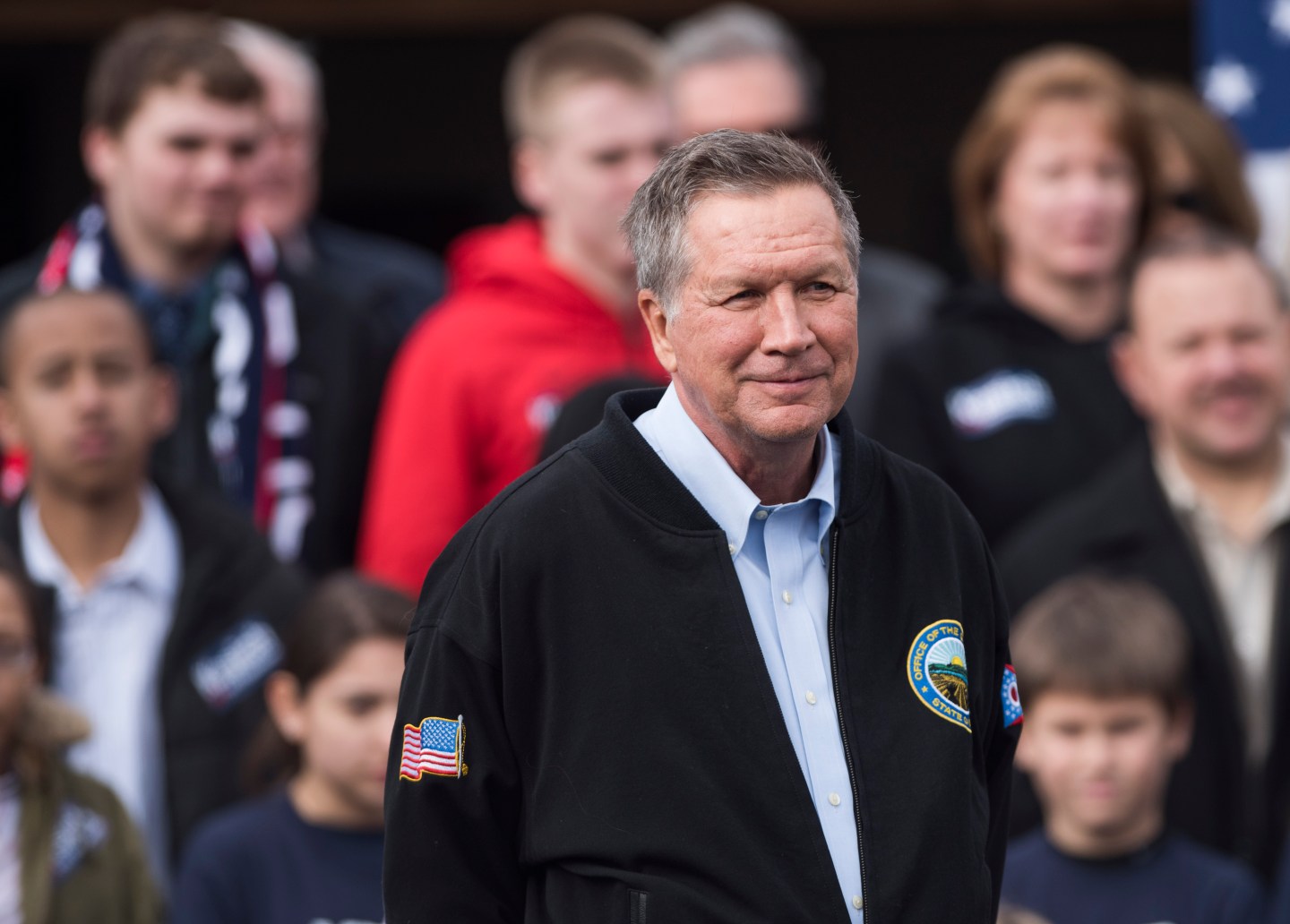 As the pivotal Tuesday primaries inch closer, the race between Gov. John Kasich and Donald Trump is tight in Ohio — but it’s looking like there are little signs of hope for Sen. Marco Rubio in his home state of Florida.

A new Quinnipiac University poll finds Trump tied for first in the Buckeye State with Ohio’s governor ahead of the Tuesday contest, but gives real estate magnate a 2 to 1 lead over Rubio in Florida.

In Ohio, where even Sen. Rubio’s camp has called on supporters to vote for Gov. Kasich in an effort to best the seemingly unstoppable Trump, the governor seems on track to tie with the businessman. The poll finds the two Republicans both receiving 38 percent support in Ohio, whose winner-take-all contest could prove pivotal for the Kasich campaign — and may be the Republican establishment’s last opportunity to deny Trump the nomination. Cruz and Rubio have 16 percent and 3 percent support in Ohio, respectively.

Rubio’s future in the 2016 election depends on winning the race in his home state. But according to the new poll, which was released Monday and conducted between March 8 and March 13, Trump leads in Florida with 46 points while Rubio trails behind with 22. Sen. Ted Cruz of Texas and Ohio Gov. John Kasich of Ohio follow with 14 and 10 percent support, respectively.

On the Democratic side, the poll offers good signs for former Secretary of State Hillary Clinton, who bests her rival Sen. Bernie Sanders in both contests. In Florida, the leading Democrat earns 60 percent support to Sanders 34. In Ohio, the race is closer with Clinton at 51 and Sanders at 46 percent. The closeness of that race could potentially be worrisome for Clinton, who narrowly lost to Sanders in a surprising Michigan upset last week.