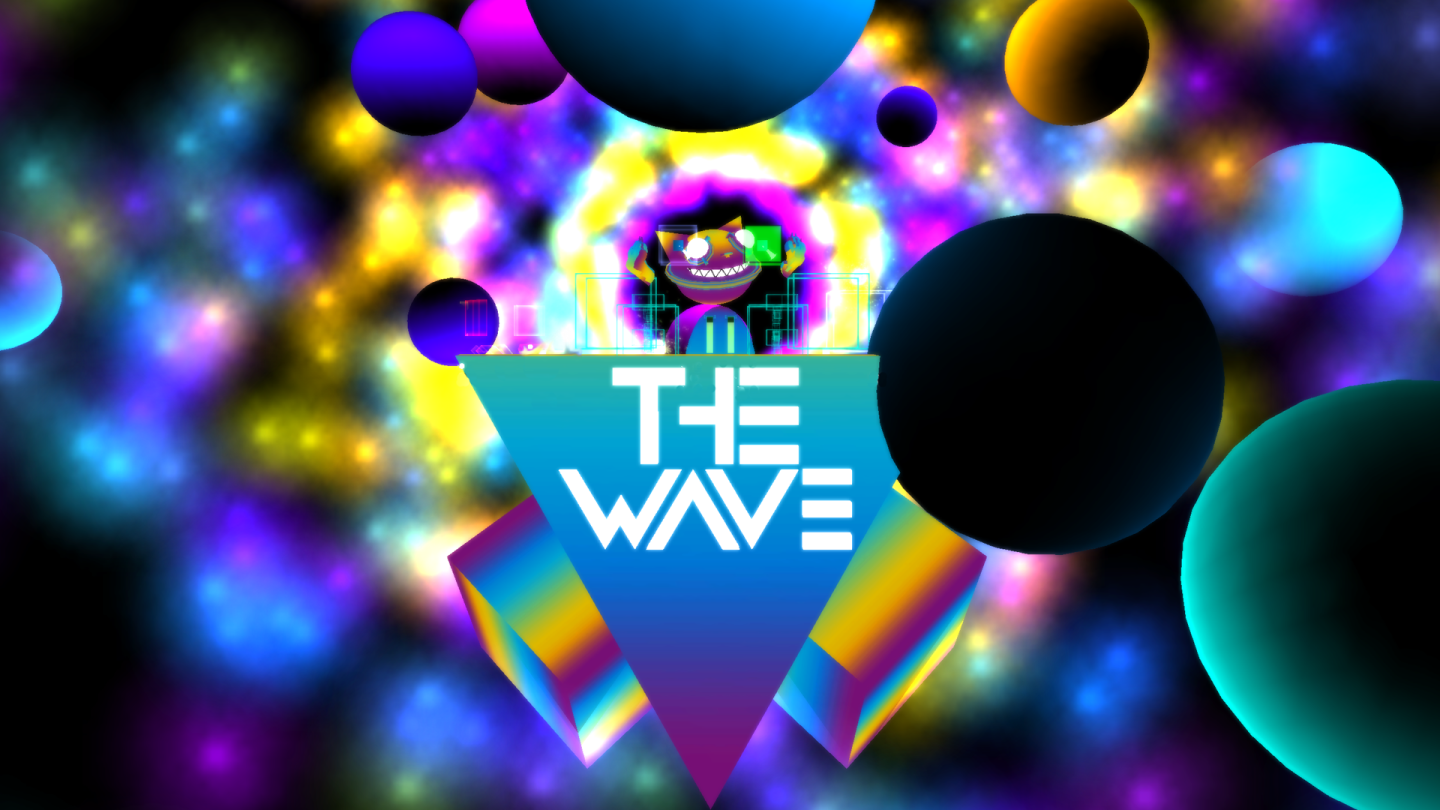 The Game Developers Conference will serve as the worldwide debut of The Wave, a new virtual reality experience that allows DJs to mix music in VR using the HTC Vive and share that experience with an audience wearing mobile headsets such as Google Cardboard or Samsung Gear VR.

This VR DJ concept is the brainchild of Aaron Lemke, who’s been working as a musician in Austin for the past 15 years and developing virtual reality experiences for the past four.

“After trying the HTC Vive and realizing the power of using your hands in VR to interact with virtual objects, I set out to combine my two passions and see if I could create music in VR,” says Lemke, founder of Unello Designs.

The Wave allows artists to make music using virtual 3D interfaces. Users can then join the audience on any virtual reality device and experience the performance in a networked audio-reactive concert venue.

The technology will be on display at two separate parties during GDC, on March 14 and 16. Lemke says DJ Grimecraft will be onstage in a Vive performing a set, while audience members can strap on Gear VRs out in front of the physical stage to enter the virtual dance party.

“It’s like being front row at the greatest futuristic space rave imaginable,” Lemke says. “The coolest part is the DJ has complete control over the world. We like to talk about the concept of ‘synesthesia’: music visualized as color and shape. We’re all really inspired by the Disney film Fantasia, so everything the user does is visualized in synesthetic ways. The DJ even has the ability to transform the world entirely, with a single drop.”

Lemke expects hundreds of people will get hands-on with the experience over the course of these two nights.

“Our audio visualization artist, Sagar Patel, will be on hand creating live visuals with the Leap Motion controller,” Lemke says. “At the first party we will also be demoing our offline music creation tools, which allow performers to create music with motion and hand interactions.”

Lemke says The Wave has been designed for cross-platform use and currently runs on HTC Vive, Gear VR, Google Cardboard for both iOS and Android, as well as Google Tango.

“We want to bring something to live music shows that’s never been done before,” Lemke says. “A lot of live shows—EDM especially—use immersive elements like lighting, projection mapping, etc., and VR opens up so many more possibilities in that space. We’re exploring VR’s role in both real-world music performances and entirely immersive, networked performances, where the artist and audiences can log in from anywhere.”

In addition to a potential future where nightclubs feature VR Nights, or entire clubs are designed for mixed reality events, Lemke says people can experience The Wave without even leaving their homes. And that includes both the DJ and the audience.

“The Wave allows DJs and musicians to connect to a larger audience with considerably less friction than going on tour,” Lemke says. “And it allows them to offer concert experiences that just would not be possible in physical reality.”

The HTC Vive Consumer Edition is available beginning April 5. And Google has already sold over 5 million Cardboards. Samsung is expected to have 5 million Gear VRs in consumers’ hands by the end of 2016. That gives The Wave an instant audience to connect with.

Lemke says the evolution of mobile chips like Qualcomm’s Snapdragon and Nvidia’s Tegra is important for the future of virtual reality because the mobile computers of five years from now will be just as powerful, if not more powerful, than the PCs of today.

“Two big things will happen as these chips get better,” Lemke says. “The cost of high-quality wireless VR will go down, and the visual quality of the experiences will go up, so that hopefully we can give everyone access to a truly transcendent virtual concert experience.”