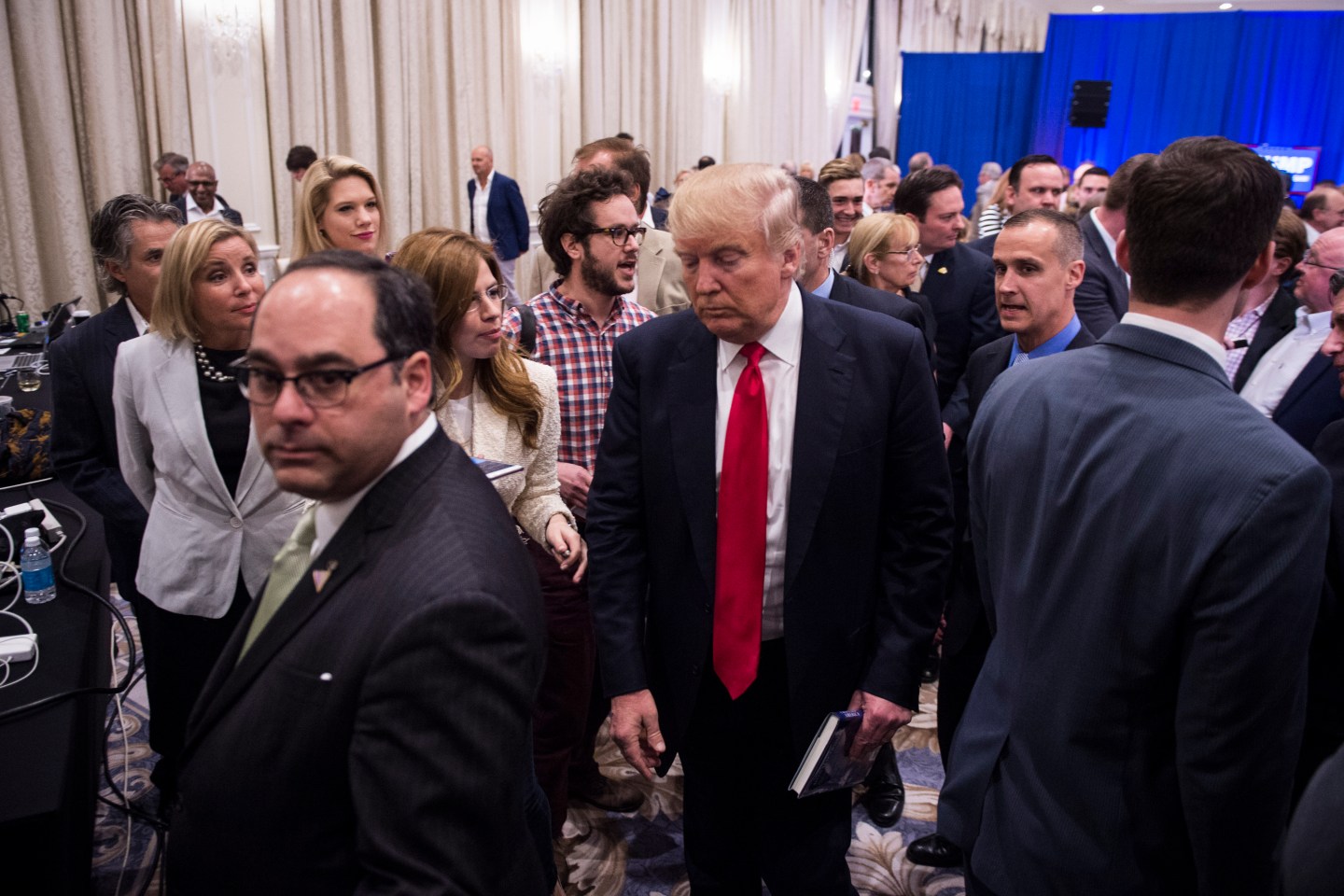 Breitbart reporter Michelle Fields and editor-at-large Ben Shapiro have resigned over how the conservative news organization responded to the alleged assault of Fields at a Donald Trump press conference.

The dispute centers around an event last week where Fields was forcibly grabbed, allegedly by Trump campaign manager Corey Lewandowski, after she had approached Trump to ask a question after the conference had ended. Fields subsequently filed a police report after she said her arm was badly bruised in the incident at Trump National Golf Club in Jupiter, Fla.

In the days since the event, Fields has found herself at odds with her own news organization, which has struggled to respond to the scandal over the past several days. She noted that disagreement in her tweet announcing her resignation.

I can't stand with an organization that won't stand by me: https://t.co/pohxCKScpf

A Breitbart spokesman resigned in the wake of the scandal, also at odds with the news organization’s response to the incident at the Trump event. Trump and his team, meanwhile, deny Lewandowski’s involvement and have speculated Fields has made up the assault.

In an interview with Fox News’ Megyn Kelly, Fields became emotional when talking about the ordeal, again asserting that she believed it was Lewandowski who had assaulted her. Fields said a Washington Post reporter who had been standing next to her and witnessed the event as well.

When Kelly showed Fields a video of Trump suggested she may have made the story up, this was her reaction:

“If you had asked me in private a week ago, ‘Who do I support?’ I would say Donald Trump is my second choice for president,” Fields said. “What he is doing is throw me under the bus.”

Shortly after the news of the resignation of Fields and Shapiro, Breitbart put up a post that mocked their decision to leave the organization. That post was quickly pulled, and Breitbart has already apologized.