Why This Woman Wants Out of the Trump University Lawsuit 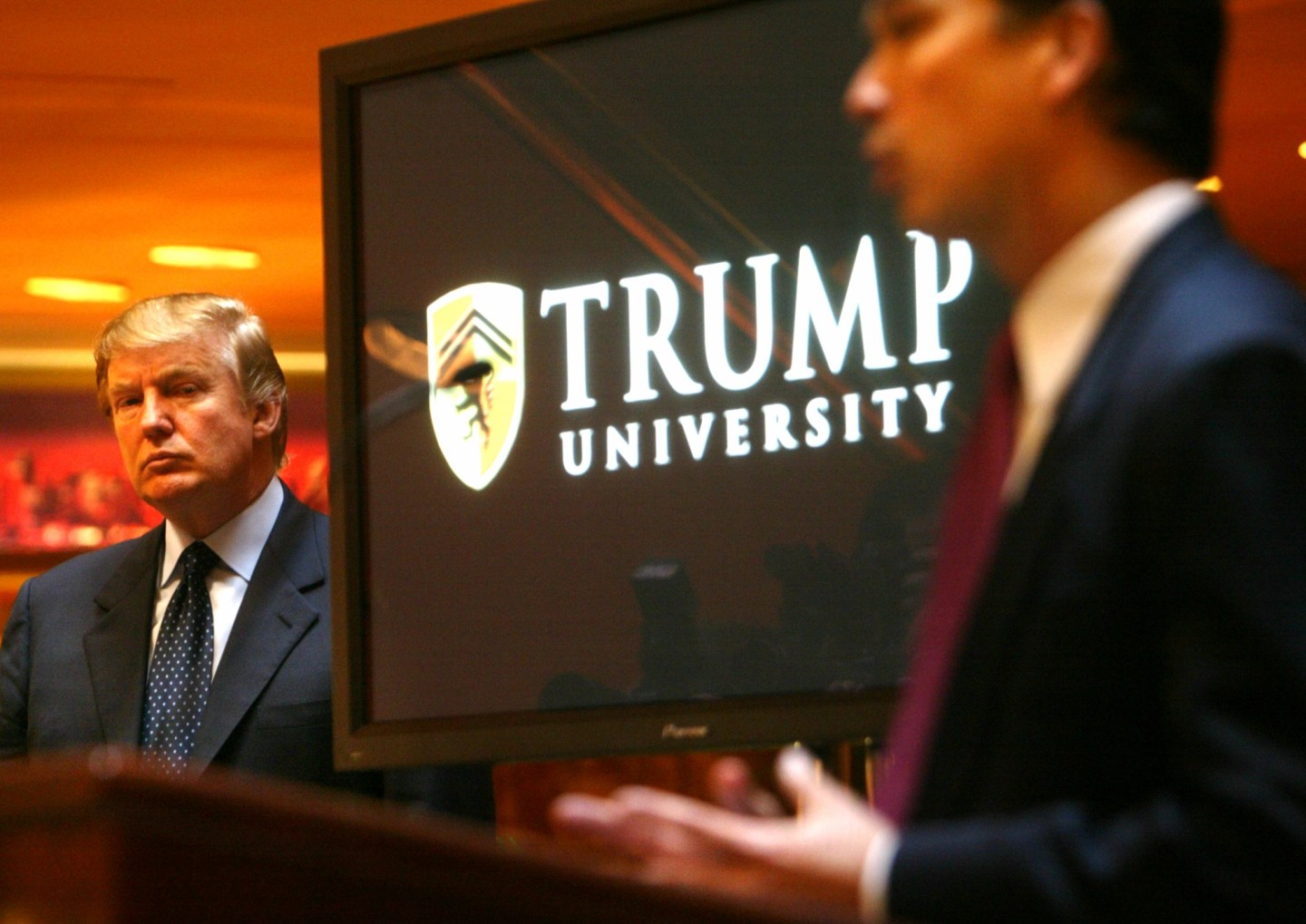 FILE - In this May 23, 2005 file photo, Donald Trump, left, listens as Michael Sexton, president and co-founder of the business education company, introduces him to announce the establishment of Trump University at a press conference in New York. Long before Trumps seductive mix of optimism and hyperbole proved a success on the campaign trail, it exerted a powerful tug on middle class folks involved in three companies he promoted as way for them to build wealth. (AP Photo/Bebeto Matthews)
Photograph by Bebeto Matthews — AP

One of the principal plaintiffs in the Trump University lawsuit wants to retreat.

Tarla Makaeff filed the lawsuit in 2010 claiming that Trump University defrauded students and made false promises. Now she says that, after Donald Trump has publicly demeaned her both online and during rallies, she wants to withdraw from the lawsuit. The Wall Street Journal reports that in a court filing Makaeff wrote, “I am very concerned about the toll that the trial would take on my emotional and physical health and well-being.”

The primary plaintiff in the phony Trump University suit wants to abandon the case. Disgraceful!

Since the lawsuit was first filed, Makaeff has suffered health problems, the loss of her mother, and financial distress, and she fears that Trump will continue to retaliate against her. He sued her for defamation in 2010 after she filed the lawsuit seeking $1 million. The case was dismissed, but in a 2012 deposition Trump asserted, “We will be suing your law firm for as much as we can possibly do.”

Makaeff spent a total of $60,000 on Trump University fees and claims that the institution falsely promised students that they would be financially successful. Trump’s lawyers say that the university is not at fault for her failure to find success. They write in a court filing that “she simply did not put in the time, work, and perseverance necessary to achieve success.”

Makaeff’s request to withdraw is not welcome news for Trump’s lawyers who say she is a key witness in their defense, which relies on them debunking her claims. They say that she “should be required to finish what she started.”

Two plaintiffs already withdrew last year and, if Makaeff withdraws, there will be three left. The last pretrial hearing is scheduled for May 6.