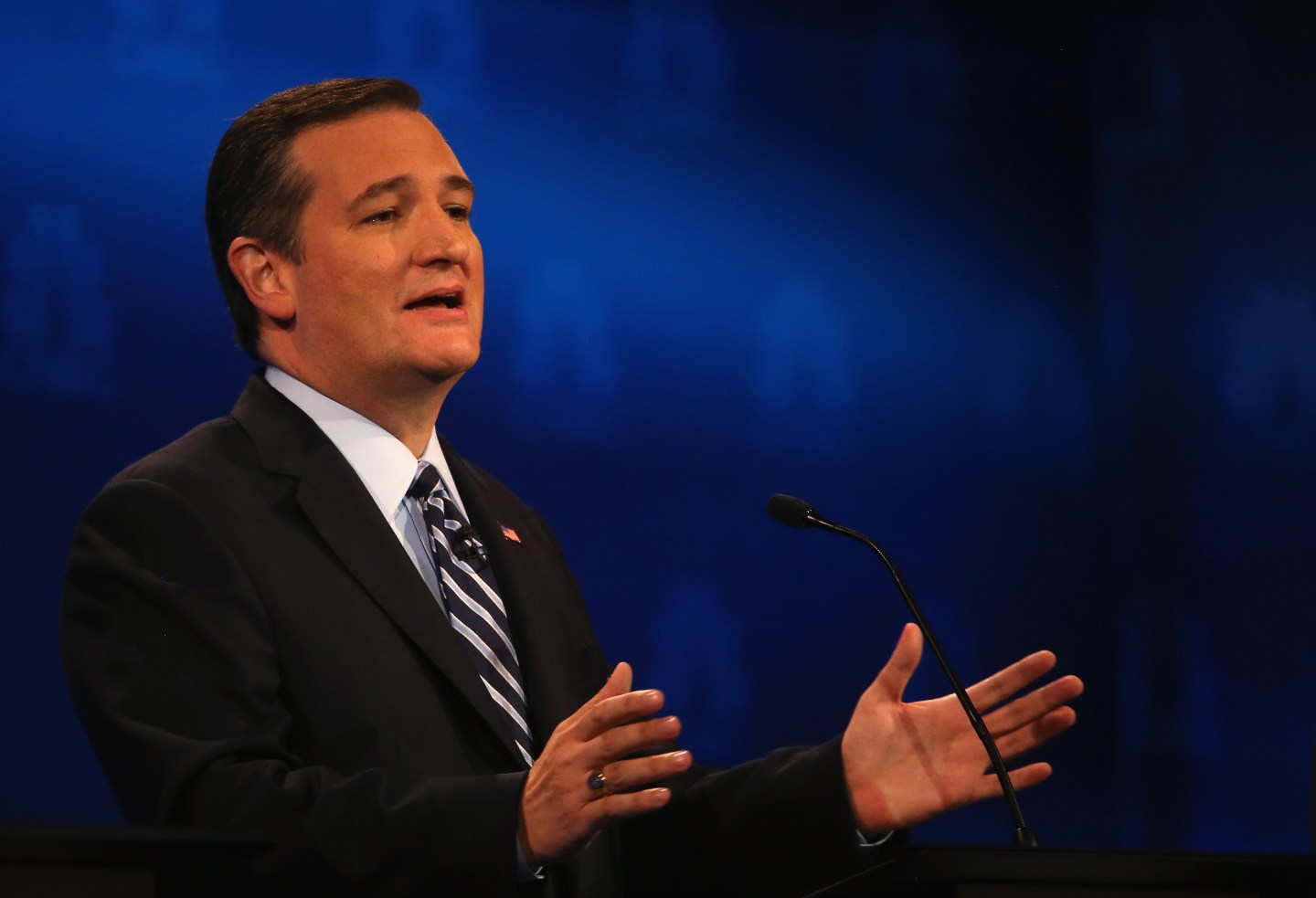 Texas Sen. Ted Cruz said he’s “troubled” by Donald Trump’s campaign rallies and said his Republican rival is at fault for the ensuing chaos at the events.

Cruz said Trump is responsible for setting the tone of his rallies, which have been plagued by a string of violence by protesters. “The protestors are behaving abusively and wrong. But, at the end of the day in any campaign, responsibility starts at the top,” Cruz said during a Saturday appearance on NBC’s Meet the Press.

“I’m troubled by the rallies that Donald holds, where he asks all the people there to raise their hand and pledge their support to him,” Cruz added.

A Trump supporter was charged with assault after he allegedly sucker-punched a protester in the face during a rally in North Carolina on Wednesday. The billionaire businessman had to cancel another rally in Chicago over the weekend after fights broke out between his supporters and protesters.