Romney to Campaign With Kasich in Ohio 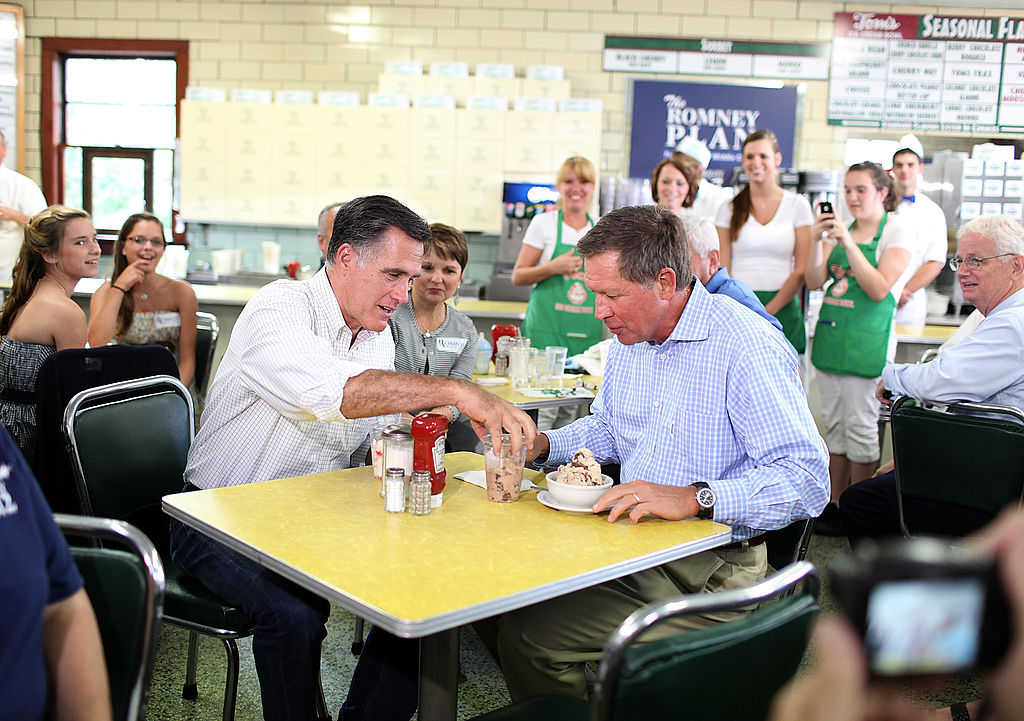 Former GOP nominee Mitt Romney will campaign in Ohio with Gov. John Kasich Monday, Kasich’s campaign and a Romney spokesperson confirmed Sunday, in the latest effort to stave off a Donald Trump nomination.

Romney, who has declared Trump unfit to be President, pledged to assist the three remaining non-Trump candidates where he thought they were best equipped to stop Trump. Kasich and the GOP national front-runner are locked in a close battle for the Buckeye State’s 66 delegates Tuesday. News of Romney’s decision to campaign with Kasich was first reported by NBC.

Appearing with Kasich at two events Monday is something of a last-ditch effort to prevent Trump from running the table in both Ohio and Florida, where hometown Sen. Marco Rubio trails Trump in every survey, and setting himself on an near-irreversible course to the nomination.

“Donald Trump is a phony, a fraud,” Romney said earlier this month, encouraging GOP voters to back the candidate most likely to defeat Trump in their state in an effort to deny him the 1,237 delegates needed for the nomination. “Given the current delegate selection process, this means that I would vote for Marco Rubio in Florida, for John Kasich in Ohio, and for Ted Cruz or whichever one of the other two contenders has the best chance of beating Mr. Trump in a given state.”

Sensing the tightening race, Trump canceled an event in Florida Monday evening to schedule a final rally in Youngstown, Ohio.