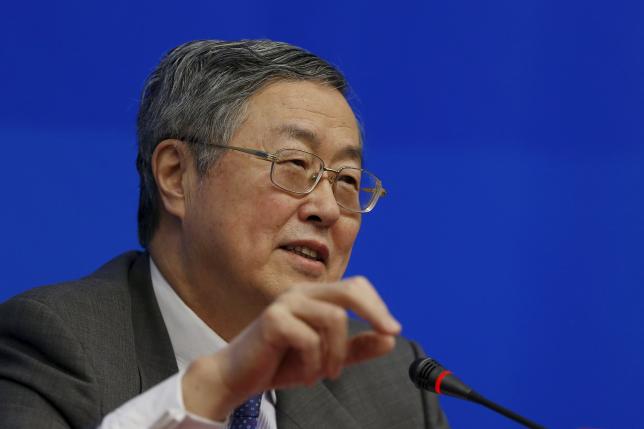 The central bank is trying to keep liquidity flush to support the economy and cushion it from impact of structural reforms, but officials have cautioned against excessive loosening that could increase downward pressure on the currency.

“If there are big changes in domestic and global environment, we will keep the flexibility in monetary policy to counter shocks,” Zhou told a news conference on the sidelines of China’s annual parliament session in Beijing.

The government has set a growth target of 6.5% to 7% for in 2016 with a spate of soft data pointing to further weakness at the start of the year as authorities struggle to counter the impact of the slowdown.

The world’s second-largest economy expanded an annual 6.9% in 2015, its slowest pace in 25 years.

Under the banner of “prudent” monetary policy, the central bank has cut interest rates six times since November 2014 and has also cut the amount of cash banks must hold as reserves.

Analysts anticipate further monetary policy easing in the coming months, although the government may lean more on increased fiscal spending and tax cuts to support growth.

Zhou also said that China’s housing market is facing big destocking pressures and it should let local governments play a bigger role in stabilizing the market.

China’s housing market, which accounts for around 15% of the economy, began to stabilize in big cities last year, helped by a slew of government measures.

Still, the recovery remains uneven across the country as small cities still face huge inventories of unsold homes, while authorities in some big cities have already announced measures to cool the market.

To boost the housing market, China cut down payments last month for first- and second-time home buyers and lowered transaction taxes for some home buyers.