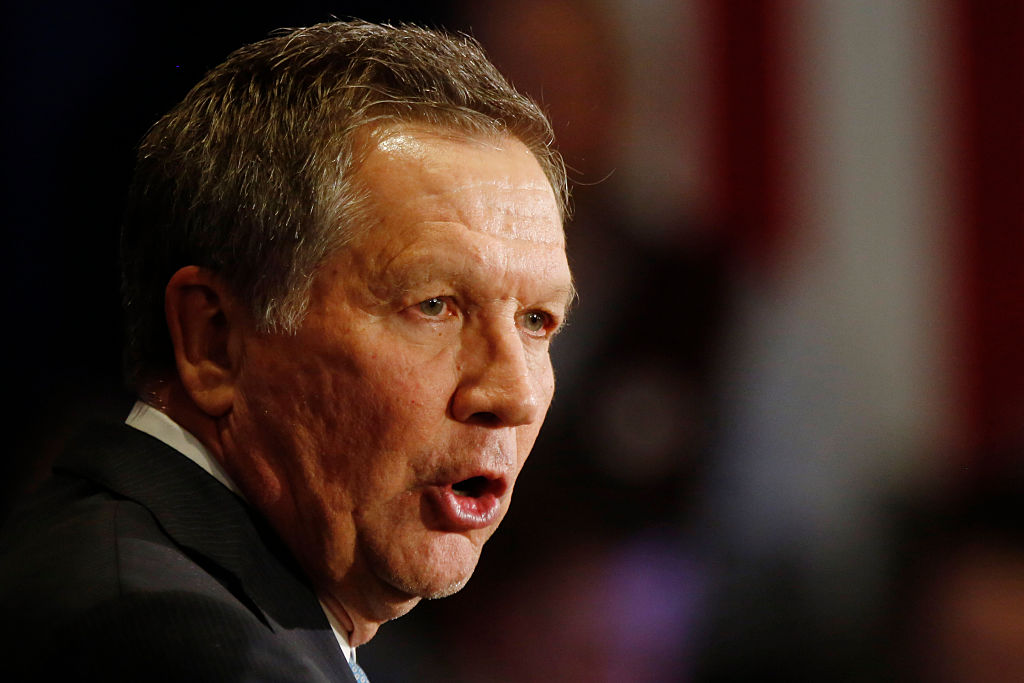 The violence at Donald Trump’s rally in Chicago Friday is rippling through the political world, with his GOP and Democratic rivals saying the GOP front-runner is responsible for creating the charged environment where protesters and supporters clashed for hours.

“Donald Trump has created a toxic environment,” said Ohio Gov. John Kasich at a press conference he called to address the violence. “There is no place for a national leader to prey on the fears of people,” he added, saying Trump allowed his supporters to “come together in violence.”

Florida Sen. Marco Rubio, who has been encouraging people to vote strategically in each state to stop Trump, said the businessman has set the tone for clashes at his rallies.

“You have a candidate in Donald Trump who clearly has used language that appeals to anger, and in some instances has actually said to the crowd, ‘Let’s beat this person up or let’s do this or let’s do that,’” Rubio said in an interview with MSNBC on Friday night.

“I do think Donald needs to realize and take responsibility for the fact that some of the rhetoric he has used could potentially be contributing to this environment that is growing increasingly disturbing for a growing number of Americans.”

Rubio said no other candidate, including Democrats Hillary Clinton and Bernie Sanders, have violence at their rallies.

“There’s only one presidential candidate who has violence at their events,” Rubio said.

“I think a campaign bears responsibility for creating an environment, when the candidate urges supporters to engage in physical violence to punch people in the face,” Texas Sen. Ted Cruz said Friday night. “The predictable consequence of that is that it escalates. And today is unlikely to be the last such instance.”

Trump, who called off the rally an hour before he was to take the stage, has repeatedly spoken of roughing up protesters at his events, including expressing a desire to punch a protester in the face last month in Nevada, and at other points promising to pay his supporters’ legal fees if they rough-up protesters.

In a statement Friday evening, Hillary Clinton invoked the memory of last year’s Charleston shooting as an example of when hate leads to violence

“The divisive rhetoric we are seeing should be of grave concern to us all,” Clinton said in a statement. “All of us, no matter what party we belong to or what views we hold, should not only say loudly and clearly that violence has no place in our politics, we should use our words and deeds to bring Americans together.”

Meanwhile, Sanders spoke out against hate on Friday night at his rally in Summit, Ill., presenting a contrast to the scene playing out a short distance away at Trump’s rally in Chicago, MSNBC reported.

On Saturday, Kasich and Rubio expressed reservations about upholding their pledge to support Trump should he win the nomination, one they reiterated at Thursday night’s GOP debate.

“I don’t know…I still at this moment continue to intend to support the Republican nominee, but [it’s] getting harder every day,” Rubio said. “It makes it extremely difficult,” said Kasich.