Why Peyton Manning’s Retirement May Not Matter to the NFL 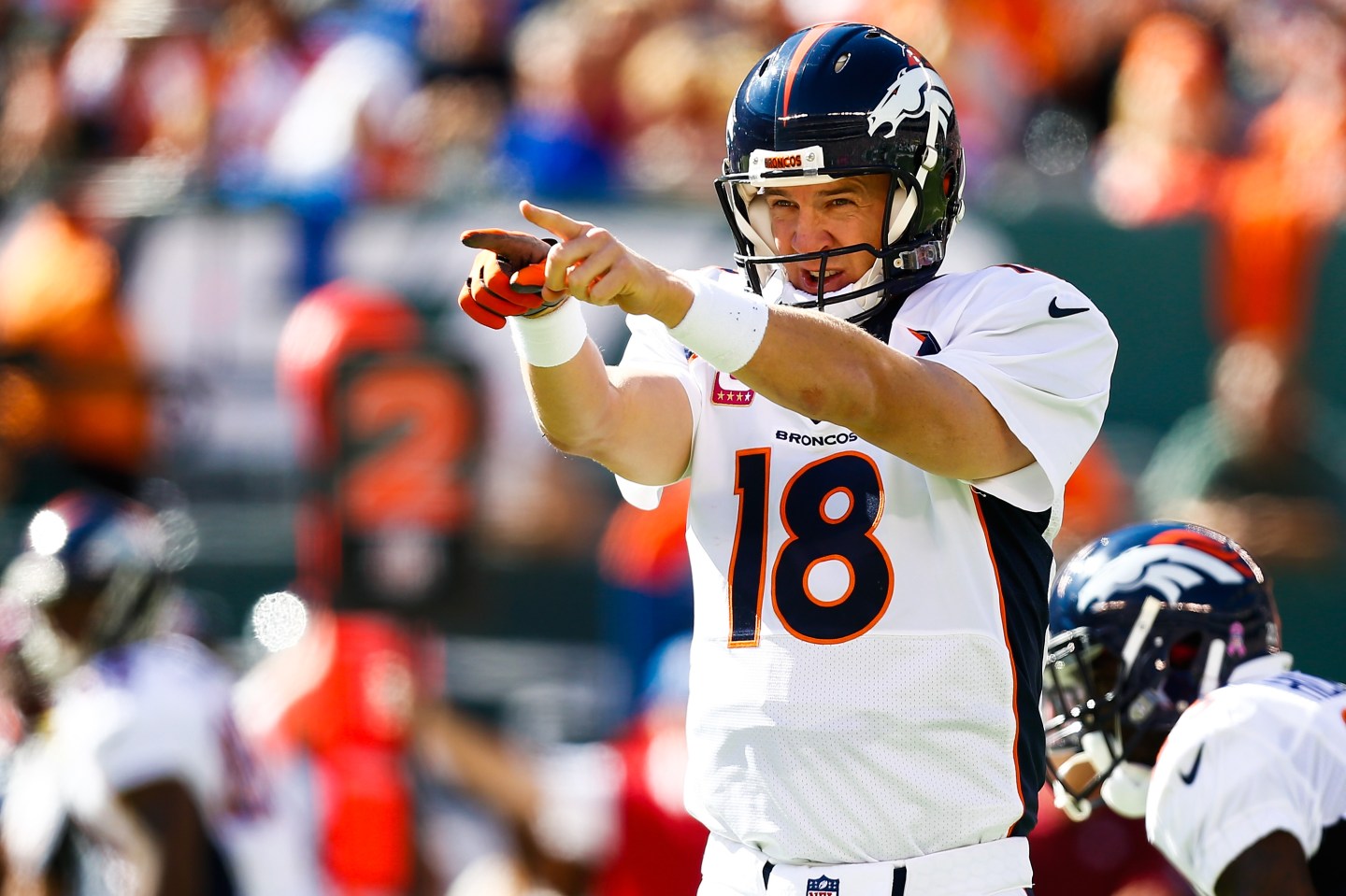 EAST RUTHERFORD, NJ - OCTOBER 12: Peyton Manning #18 of the Denver Broncos yells to teammates in the second quarter during a game against the New York Jets at MetLife Stadium on October 12, 2014 in East Rutherford, New Jersey. (Photo by Jeff Zelevansky/Getty Images)
Photograph by Jeff Zelevansky via Getty Images

Although many pundits predicted that Peyton Manning would announce his retirement after his second Super Bowl victory in February, the announcement on Monday still sent shockwaves through social media. In an age of retirements and subsequent “unretirements” (think Brett Favre, who retired three times before saying a final goodbye to the field), there seems to be a note of finality on the Peyton Manning football saga.

To be clear, Manning’s exit comes at a challenging time for the quarterback. It has been a difficult winter for him given the allegations of human growth hormone (HGH) use and sexual assault allegations from his time as a quarterback at the University of Tennessee.

Nevertheless, for the past decade, Manning’s personality and athletic exploits have loomed large over the NFL landscape. Simply put, the NFL has been dominated by two quarterback personalities—Tom Brady and Peyton Manning. Collectively, these two quarterbacks have accounted for more than six Super Bowl victories and 129,968 passing yards. For Manning’s share of this total—nearly 71,490 yards—this equates to roughly 41 miles of passing real estate. Clearly, defensive coordinators around the League are happy to see Manning move on to the next phase of his life.

The list of endorsement deals that Peyton Manning has amassed during his NFL career reads like a who’s-who of Wall Street—Papa Johns, Gatorade, DirecTV, and Nike are just a sample of the top brands that have anchored their marketing campaigns on the Manning persona. In 2015, it is estimated that Manning took home $12 million from endorsements, appearances, memorabilia, book royalties, and licensing income from the NFL Players Association.

Manning’s salary last season reached $15 million after he and the Broncos restructured the deal before the beginning of the season. He agreed to a $4 million pay cut in order to free up capital for the team to pursue free-agent targets, but recouped the $5 million after winning the Super Bowl.

And while Manning holds the NFL record for all-time passing yardage, he also holds another distinction. He’s the highest salary-grossing player in the history of the league. On the field, he garnered $249 million in compensation. For his career total earnings, Manning stockpiled nearly $400 million.

Undoubtedly, Manning’s departure will negatively impact the Broncos in the short term. Backup quarterback Brock Osweiler’s signing with the Houston Texans does not bode well for the Denver franchise, as it looks to fill an offensive leadership vacuum. The NFL, on the other hand, has a bevy of veteran signal callers (the list includes Tom Brady, Aaron Rodgers, Drew Brees, and Eli Manning) who will ascend to the top of the leaderboard.

Moreover, there is a pack of young quarterbacks (the list includes Cam Newton and Russell Wilson) who will attract endorsement deals, as their star power appeals to a younger demographic.

A more interesting question centers around how Manning will transition to the next phase of his life. Several former quarterbacks have forged useful case studies on successful transitions from gridiron to private citizen. Troy Aikman’s pivot as an NFL game analyst and John Elway’s move into the Bronco’s executive suite are two examples of former quarterbacks who leveraged on-field stardom into viable post-retirement careers.

Regardless of Manning’s next landing spot, one thing is clear: He will not lack options.

Daron K. Roberts is a former NFL coach and founding director of the Center for Sports Leadership & Innovation (CSLi) at the University of Texas at Austin. His forthcoming book, The Ultimate Audible: How to Navigate Career Transitions, will be released in the fall of 2016.