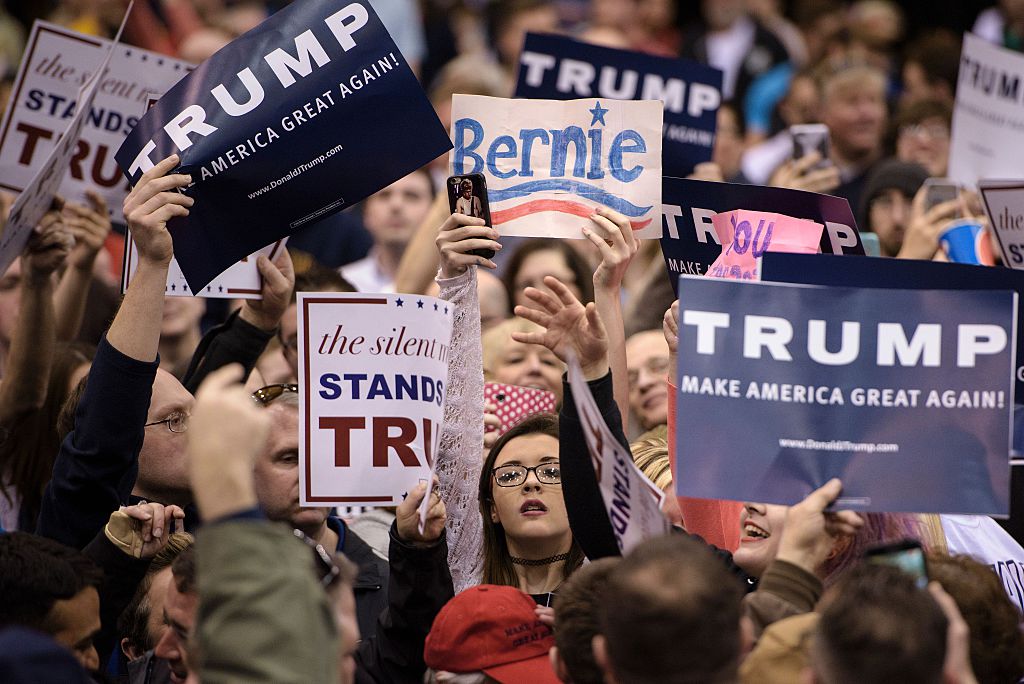 The head of the Republican Party is condemning the violence that broke out Friday at a Donald Trump rally in Chicago, calling on both sides to exercise restraint.

In his first comments after Trump supporters and protestors clashed in the Windy City and after a week of increasingly heated moments on the campaign trail, Republican National Committee Chairman Reince Priebus said both Democrats and Republicans bear responsibility for the escalation.

“While we have differences, our right to free speech should be just that: speech,” Priebus said in a statement, which appeared first on TIME. “Violence is never the answer. Violence only begets more violence. As we go further along in this election cycle, I ask those on my side of the political spectrum and those on the left to engage actively in the political process in a manner that continues to make our democracy the envy of the rest of the world. Leaders and activists in both parties bear a responsibility to ensure that the discourse we engage in promotes the best of America.”

After he was forced to cancel the Chicago event and scuffles broke out inside and around the arena where it was scheduled to be held, Trump repeatedly refuted the notion in television interviews that he bore any responsibility for the violence, despite comments last month that he wished he could punch a protestor in a face, assurances that he’d pay supporters’ legal fees if they clashed with protestors and laments that protestors weren’t removed from his rallies on stretchers.

“The stakes for the election this November are high,” Priebus said. “The eyes of the world will look upon America closely to see how we conduct ourselves. While I hope all Americans exercise their First Amendment rights, we must do so in a manner that is respectful of our fellow Americans.