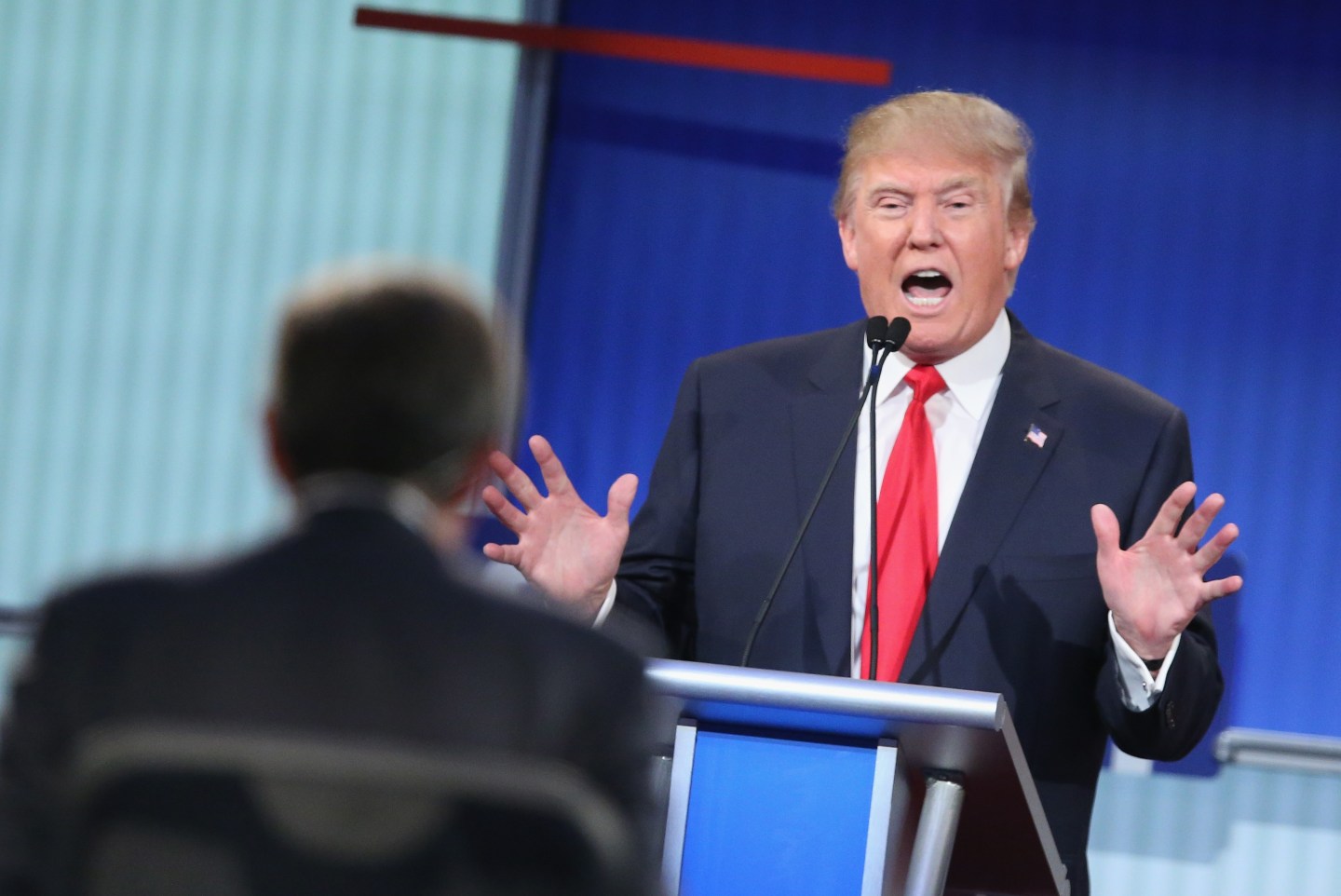 Donald Trump blamed protesters on Saturday for causing him to cancel a rally in Chicago after fights broke out between Trump supporters and protesters.

“The organized group of people, many of them thugs, who shut down our First Amendment rights in Chicago, have totally energized America!” Trump posted on Twitter on Saturday morning.

Trump cancelled the event, citing security concerns, as fights broke out inside the venue among Trump supporters and protesters, some of whom were Black Lives Matter activists and others who were wearing “Muslims United Against Trump” shirts.

Police ejected at least a dozen people from the event, and five were arrested, according to the Chicago Tribune reported.
“Mr. Trump just arrived in Chicago and after meeting with law enforcement has determined that for the safety of all of the tens of thousands of people that have gathered in and around the arena, tonight’s rally will be postponed to another date,” Trump’s campaign said in a statement on Friday. “Thank you very much for your attendance and please go in peace.”

But Chicago police said they were not consulted about the event.

“We were not consulted and we had no role in whether or not the event should be canceled,” Interim Chicago police Superintendent John Escalante said, according to the Tribune. The paper reported that Friday marked the first time a large, organized protest has interrupted one of Trump’s events.

Trump’s rallies have been targeted by protesters throughout his campaign and have increasingly been marred by violence, most of which has been carried out by supporters. Trump on Friday blamed protesters for violence at his events, and supporters and protesters later clashed outside his rally in St. Louis.

A Trump supporter was charged with assault after punching a protester who was being escorted out of a rally in Fayetteville, N.C., on Wednesday.

Trump himself has alluded to violence at some of the rallies, saying “I’d like to punch him in the face” about one protester and once offering to pay the legal fees of supporters who beat up protesters.