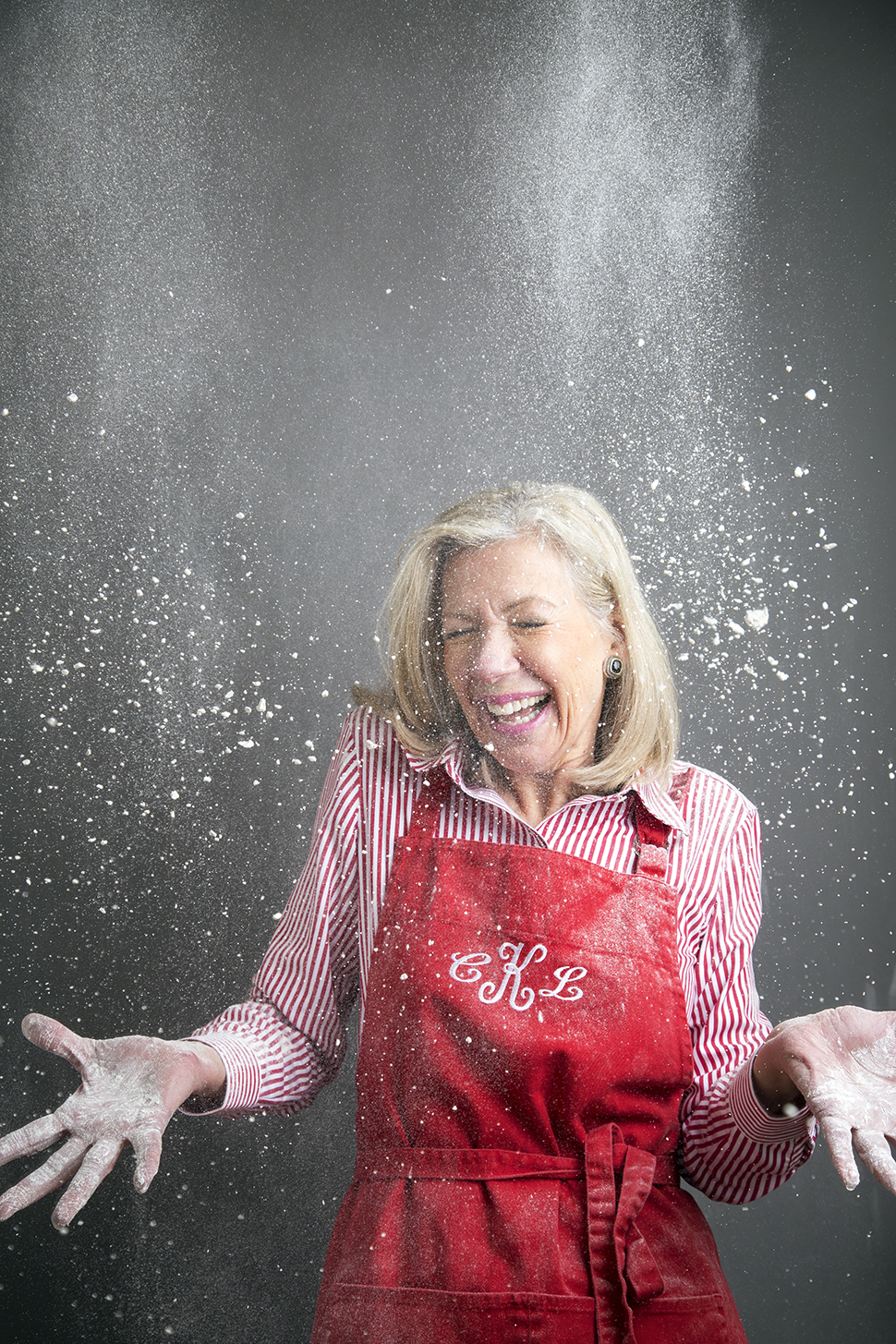 Cheryl Krueger rose from poverty to run a $100 million business at women’s clothier the Limited. But she craved autonomy, and she accomplished it selling cookies. Krueger, now 64, founded baked-goods purveyor Cheryl & Co. Still, independence could be grueling. A contentious divorce, the death of a business partner, and 9/11 weighed heavily. But Krueger nurtured her creation and ultimately sold it to 1-800-FLOWERS for $40 million in 2005. Her story:

My grandma was a phenomenal baker, and I was at her apron strings from age 3 on, learning how to make cookies. I grew up a farm kid in Bellevue, Ohio. We had an outhouse and were really poor. My parents told me I should just be a farmer’s wife, but a teacher inspired me, and I ended up attending Bowling Green State University.

I worked three jobs to afford it, and one was at a clothing store called Caryl Crane. I was going to be a home-economics teacher, but Miss Crane said I’d be a great merchant and buyer. So I changed my major, and after graduating I worked for the Limited in the late ’70s. I wanted more control over my schedule and started looking around. I watched what Mrs. Fields and David’s Cookies were doing and thought,

I can do that. I looked into buying a David’s Cookies franchise in Columbus, but they wanted a quarter-million dollars. I decided to open my own store instead.

With more working women, who were time-poor, I thought there’d be a big market. But no bank would touch me. I was a single female and didn’t have any history in this, even though I ran a $100 million business at the Limited (LB). So I sold all the Limited stock I owned for $38,000. I asked my college roommate Caryl Walker to become a partner. She took 5% of the business, while I owned 95%.

We opened Cheryl’s Cookies in 1981, and from then until 1985, I worked for the Limited and Chaus Sportswear to finance the store, flying from New York to Columbus every weekend to give Caryl two days off. That first year, we did more than $400,000 in sales and made 5% pretax. In 1982 we opened a second store, then a third the next year.

Not long after, I met a man and didn’t see that he had different objectives from mine. We got married, and it lasted less than a year. He sued for permanent alimony and got a temporary restraining order on the company funds and my personal funds; we eventually reached a settlement.

In 1985, Caryl was diagnosed with lymphoma and bone marrow cancer. There was no cancer hospital in Columbus then, and no cure. She moved in with me, and I became her full-time caregiver. Others rotated in to help. That was the hardest thing I’ve ever done. You realize how valuable life is in a whole different way.

On Dec. 31, 1985, I left the Limited to throw my all into the stores. Caryl died a few months later, and I married John Green, a friend she had introduced me to. By then we were going head-to-head with Mrs. Fields. Every time we bid for a location, they’d up the bid and we’d lose the space. We couldn’t grow if we couldn’t expand.

The bank saw our profits and said if I could bring equity in, it’d loan me a quarter-million dollars. So in 1986, I sold a third of the company to Norman Traeger, an acquaintance, and he gave a guarantee for the loan. (I later bought back his share.)

To grow the company, I went to professor Roger Blackwell, head of Ohio State University’s marketing department, for advice. Roger liked our macadamia coconut cookies, so I took him two bags and said, “I need your help.” He designed a case study, which found that customers wanted gift baskets and baked goods.

So in 1986 we changed our name to Cheryl & Co. to shift the brand and began selling brownies, muffins, and gift containers. That was a big turning point, which led to opening our catalogue and corporate-sales divisions. Soon we started getting company orders for 800 gifts. Our sales quickly rose to $900,000 a year.

In the ’90s we really exploded. We wanted to get into the airlines, which wouldn’t give us the time of day. Then, in 1992, we went to a trade show for airlines. We got barf bags, filled them with samples, and put on them, “If you’re going to toss your cookies, toss the very best.” The buyers loved it, and we got $5 million worth of business from American (AAL), Delta (DAL), and US Airways.

Then 9/11 happened. We lost $6.5 million in airline orders, and it never came back. We had to scramble to reinvent ourselves again, so we moved aggressively on the Internet business, which we had started in 1997, and cut costs enough to break even.

In 2002, Hallmark Cards (HALL) was looking to do shelf-stable cookies, and took a stake. Two years later, they decided to concentrate on cards, and we bought it back. Then 1-800-FLOWERS (FLWS) came calling. In 2005 we sold to them for $40 million. I stayed on as CEO for four years.

I started a consulting business, but in 2012 my son got me involved with a startup called Life Support, which produces a beverage from a Japanese raisin tree that detoxes your liver if you’ve got a hangover. Now I own 34% of the company, and I’m having fun as president. Running a business forces me to innovate, keep my mind sharp, and remain young at heart.

A version of this article appears in the March 1, 2016 issue of Fortune with the headline “Out of the Frying Pan and Into a 350°Oven.”