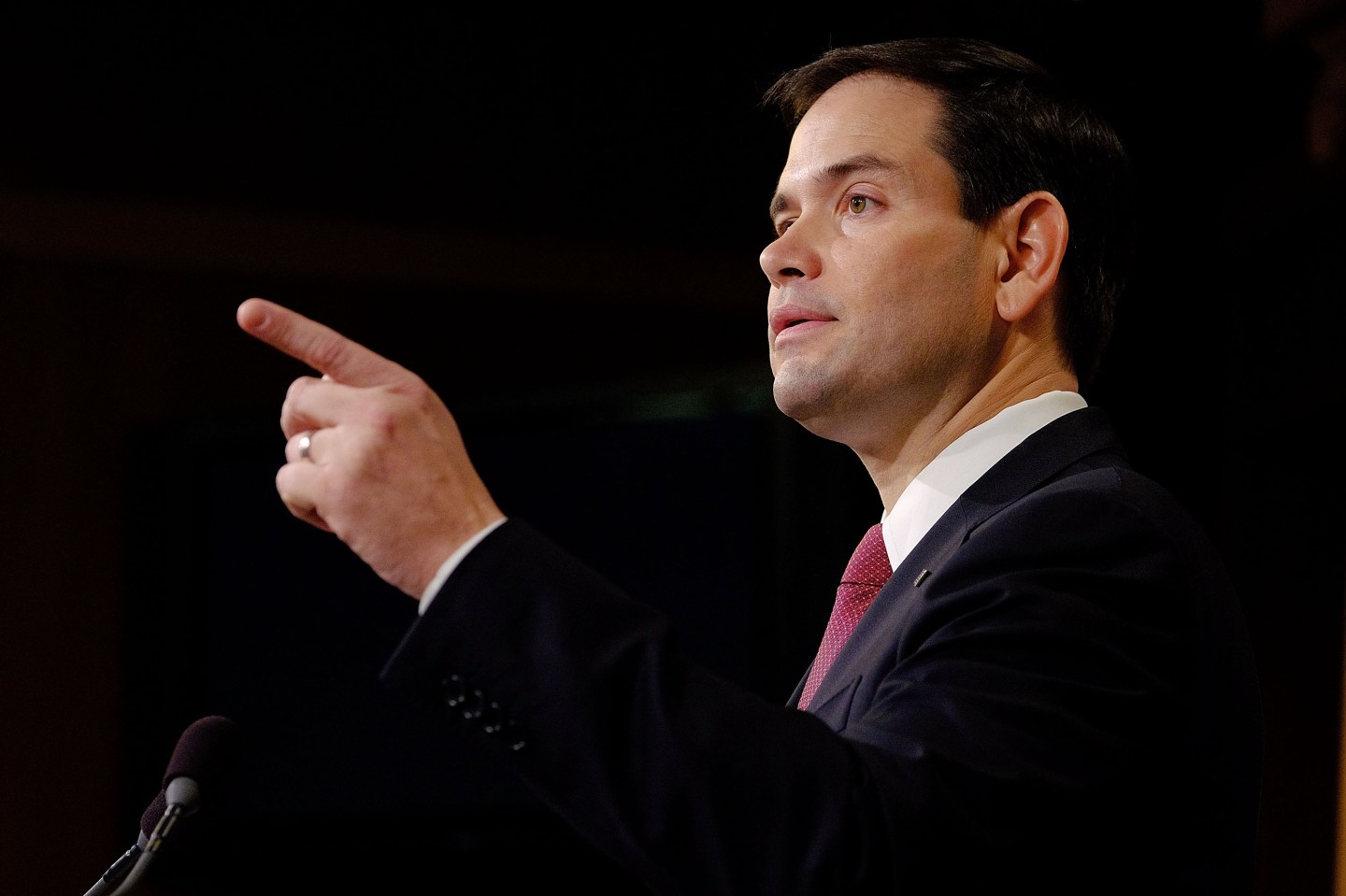 Florida Sen. Marco Rubio’s campaign has told Republican voters in Ohio to vote for their governor John Kasich if they want to deny Donald Trump’s march towards the Republican presidential nomination.

In an interview on Friday morning on CNN’s This Hour, Rubio’s communications director Alex Conant said that if voters were desperate to stop Trump from taking all 66 delegates in the winner-take-all Ohio primary on March 15, they should cast their lot with Kasich.

“I’m just stating the obvious. If you are a Republican primary voter in Ohio and you want to defeat Donald Trump, your best chance in Ohio is John Kasich,” Conant told CNN.

The comment could be seen as an admission that Rubio is essentially ceding the state to a Kasich versus Trump battle, and of how crucial Florida is to Rubio, who is a senator there. Florida, like Ohio, operates on a winner-take-all system on March 15, and the candidate who wins the most votes stands to gain all 99 delegates in the state.

Conant seems to be engaging in a quid-pro-quo with Kasich’s supporters, comparing his support with Rubio’s in his own state. “The same is true here in Florida,” Conant said, listing the reasons why Rubio is best positioned to take out Trump in Florida.

The early reactions from Kasich’s camp, however, are not positive for Rubio, with Kasich’s spokesperson Rob Nichols rebutting the apparent help.

Kasich spox Rob Nichols on Rubio news: "We were going to win in OH without his help, just as he's going to lose in FL w/o ours"

Polls from CNN/ORC show that Trump leads both candidates in their home state. In Ohio, Trump holds 41% of support from likely Republican voters to Kasich’s 35%, while in Florida, Trump holds 40% of votes to Rubio’s 24%.