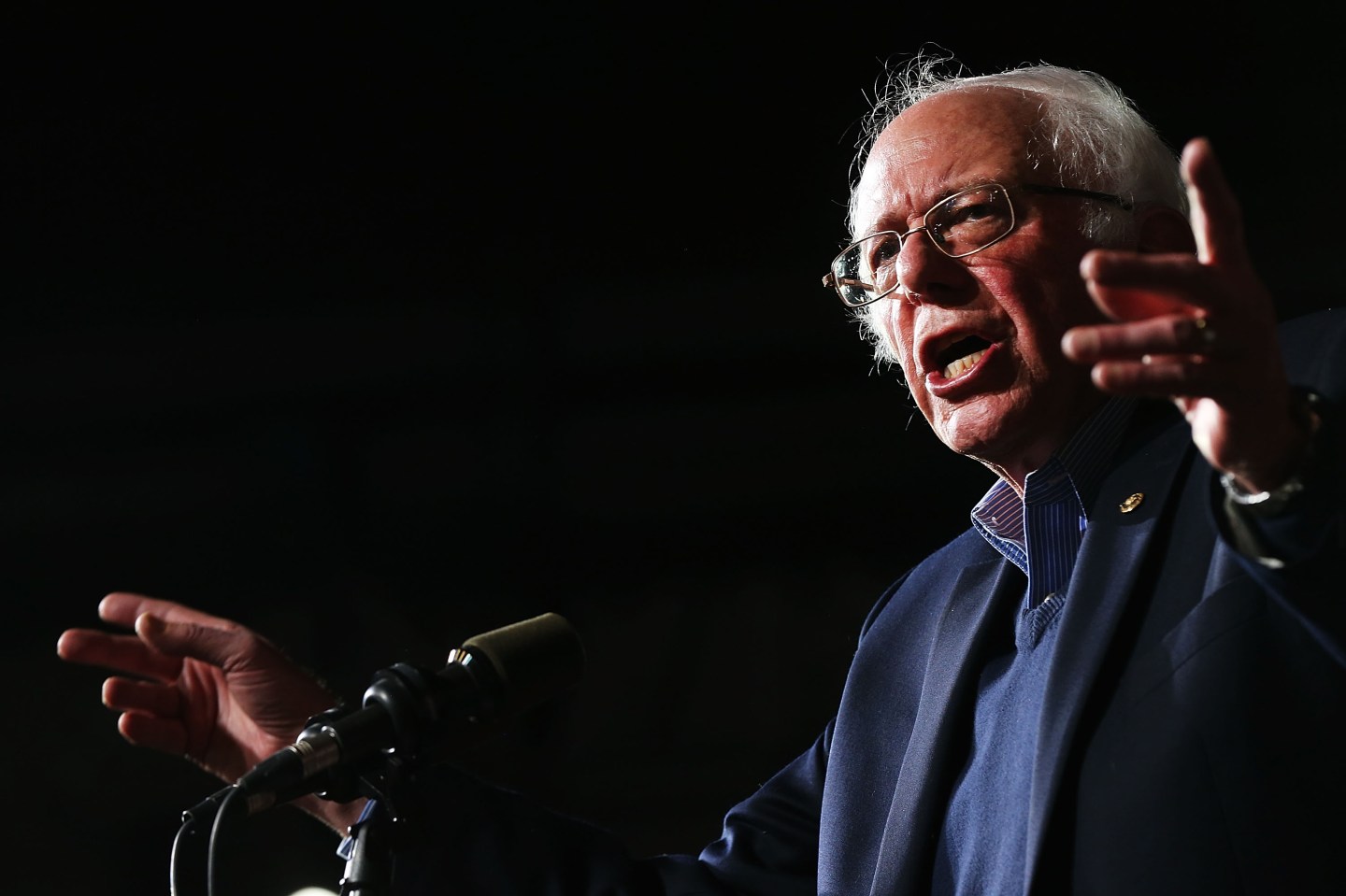 ESSEX JUNCTION, VT - MARCH 01: Democratic presidential candidate Bernie Sanders speaks to supporters after winning the state of Vermont on Super Tuesday on March 1, 2016 in Essex Junction, Vermont. Thousands of Americans across the country are participating in Super Tuesday, the biggest day of the 2016 primary season. Thirteen states and one territory are participating in Super Tuesday: Alabama, Alaska, Arkansas, Colorado, Georgia, Massachusetts, Minnesota, Oklahoma, Tennessee, Texas, Vermont, Virginia, Wyoming and American Samoa. This years election, with strong candidates on both the left and the right, is shaping up to be one of the most exciting and divisive in recent history. (Photo by Spencer Platt/Getty Images)
Photograph by Spencer Platt via Getty Images

An Ohio state judge ruled that teenagers celebrating their 18th birthday before November’s general election are entitled to have their votes for presidential nominees counted in next week’s state primary.

“Plaintiffs are entitled to a judgment that the secretary abused his discretion,” Franklin County Common Pleas Judge Richard Frye said in his ruling about Ohio Secretary of State Jon Husted.

Husted said he would appeal the decision.

“This last-minute legislating from the bench on election law has to stop,” he said in a statement. “Our system cannot give one county court the power to change 30 years of election law for the entire state of Ohio, 23 days into early voting and only four days before an election.

“We will appeal this decision because if there is a close election on Tuesday we need clarity from the Supreme Court to make sure that ineligible voters don’t determine the outcome of an election,” he added.

Nine teenagers from across the state claimed in a lawsuit filed in the court this week that Husted’s interpretation of state law that eliminated their voting rights was incorrect.

The judge said his decision affected “potentially thousands of other 17-year-old voters still eager to participate at next week’s primary election.” He said no secretary of state between 1981 and 2012 had ever adopted the reading of state law he was now overturning.

Husted in December modified the state’s election manual to say that 17-year-olds are allowed only to nominate candidates for a general election but are prohibited from voting for presidential delegates because they are elected, not nominated, according to the suit.

The teenagers argued Husted’s interpretation contradicts state law and a previous ruling by the state Supreme Court that allows 17-year-olds who will be 18 by the general election to vote in presidential primaries.

The attorney for the teenagers said they were galvanized when they heard their votes would not count. “It has caused them to think about their voting rights and get more engaged in the process,” Rachel Bloomekatz said.

A similar lawsuit filed in federal court by the campaign of Democrat presidential contender Bernie Sanders was halted on Friday when U.S. District Magistrate Judge Elizabeth Preston Deavers stayed the matter until the state court finding.

In the Ohio primary, 66 delegates are at stake for the Republicans and 159 for the Democrats.