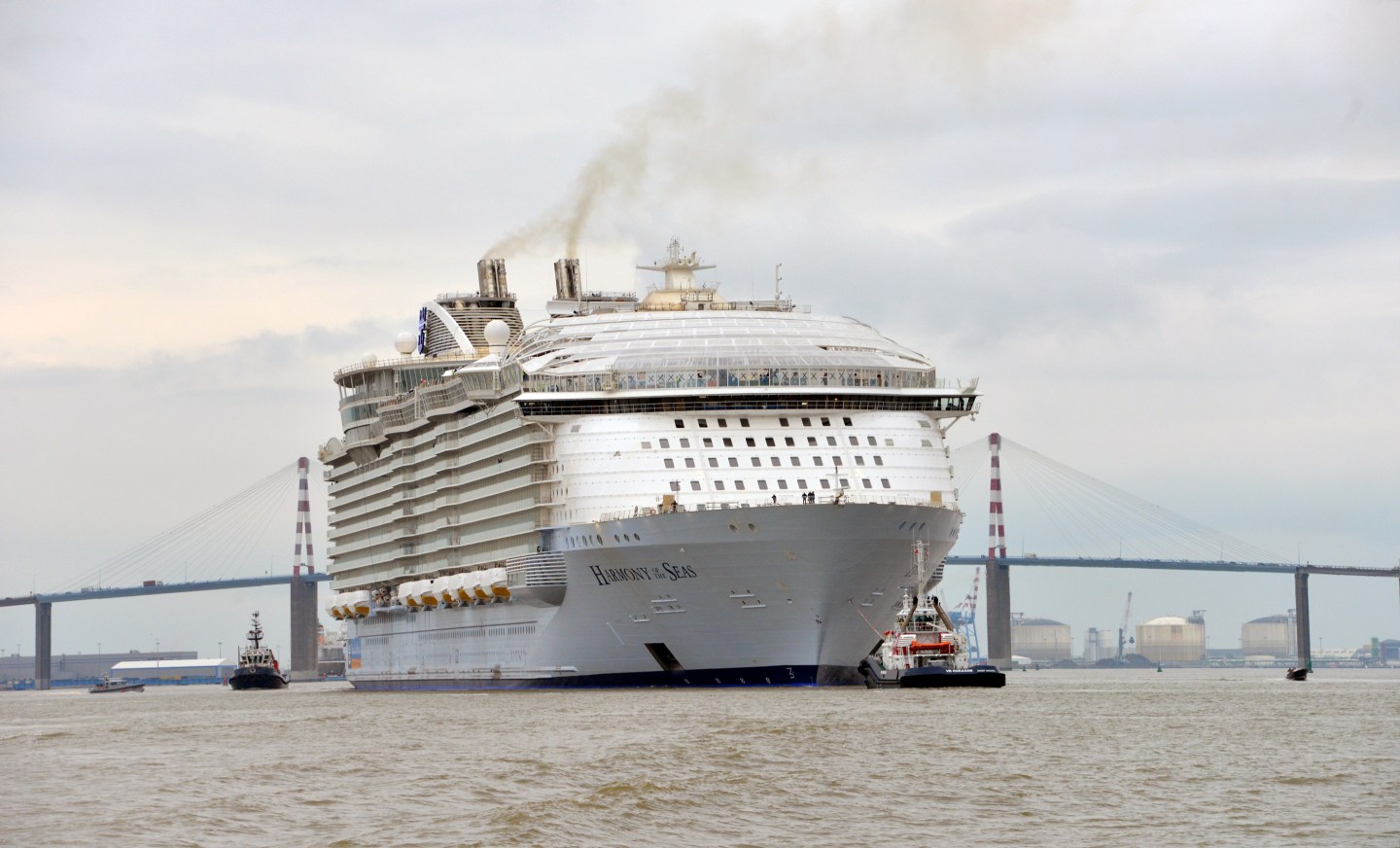 Royal Caribbean’s Harmony of the Seas, the world’s largest cruise ship, has reportedly set sail on a sea trial off the coast of France with a planned debut expected for the spring season.

The current trial continues until Sunday, and there will be another trial in April before delivery is set in May, according to the U.K.’s Telegraph. Construction on the ship, which cost a reported $1.1 billion, began in September 2013.

At 361 meters, Harmony of the Seas is longer than the Eiffel Tower is tall. Capacity for the ship, which will primarily serve the Caribbean and Mediterranean regions, is 5,497 guests. The ship will help Royal Caribbean (RCL) boost capacity in Europe by 4% in 2016.

Harmony of the Seas is one of two new ships that Royal Caribbean is bringing into service this year, the first time since 2003 that the cruise-line operator has added two ships to the company’s fleet. That bigger bet on cruise travel comes as Royal Caribbean—and the broader market—enjoy strong growth. The industry’s total market grew by 6.9% to $39.6 billion last year, according to Cruise Market Watch.

Royal Caribbean is the world’s second-largest operator, with its brands commanding 22.1% of the market’s revenue. Rival Carnival (CCL) is larger with 42.2%.