How Starbucks Is Making Voting Easier for its Employees 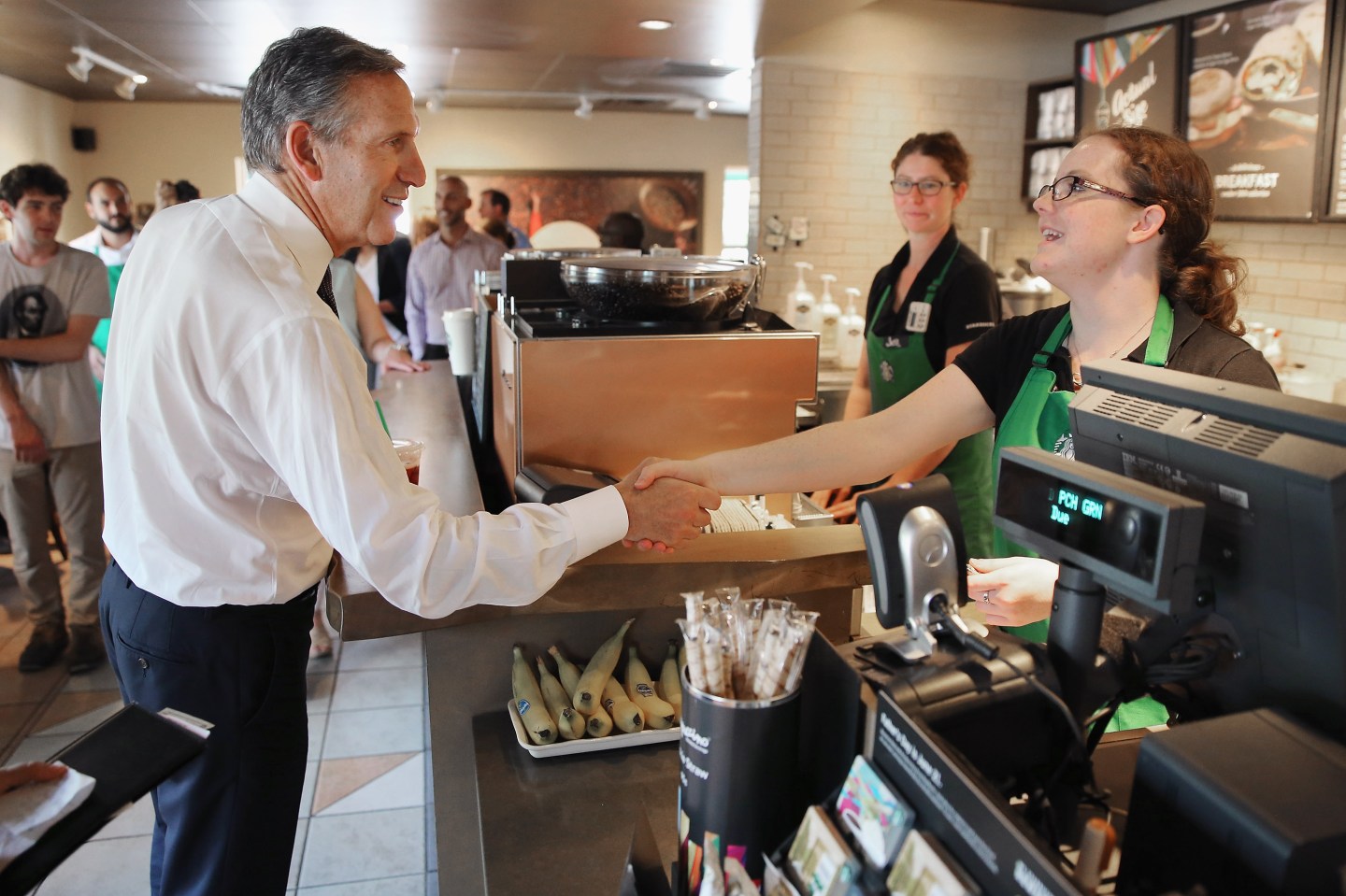 CHARLESTON, SC - JUNE 19: Mourners continue to file past the historic Emanuel African Methodist Episcopal Church, June 19, 2015 in Charleston, South Carolina. Authorities arrested Dylann Storm Roof, 21, of Lexington, South Carolina, after he allegedly attended a prayer meeting at the church for an hour before opening fire and killing three men and six women. Among the dead is the Rev. Clementa Pinckney, a state senator and a pastor at the church, the oldest black congregation in America south of Baltimore, according to the National Park Service. (Photo by Chip Somodevilla/Getty Images)
Photograph by Chip Somodevilla—Getty Images

In a letter to U.S. Starbucks (SBUX) partners obtained by Politico, Schultz announced that he would be making the voting process easier for the company’s 150,000 employees. They now have access to a digital tool on TurboVote which will allow them to quickly and securely register to vote using a computer or mobile device. They can also sign up for reminders about both local and national elections.

Schultz cites 2014 Census data which found that 60% of U.S. citizens did not vote. Two of the reasons given were the registration process and that they simply forgot. The TurboVote tool will hopefully help alleviate those obstacles for Starbucks employees.

The Starbucks CEO got the idea from an Open Forum that the company held last month. When he asked Starbucks partners what the company could do to elevate citizenship, one man responded that it would be “phenomenal” to “make people aware of the importance to vote.” Schultz added that many appeared to agree with that sentiment.

“It does not matter if you are a Republican, a Democrat or an Independent,” Schultz, who has previously supported Democratic campaigns, wrote in the letter. “Our intention is nonpartisan, and it is simple: by helping to increase voter registration and participation, we believe more people will have an opportunity to make their voices count.” He does not only want people to participate in the upcoming presidential election, but also in local elections as well including those for city councils and school boards.