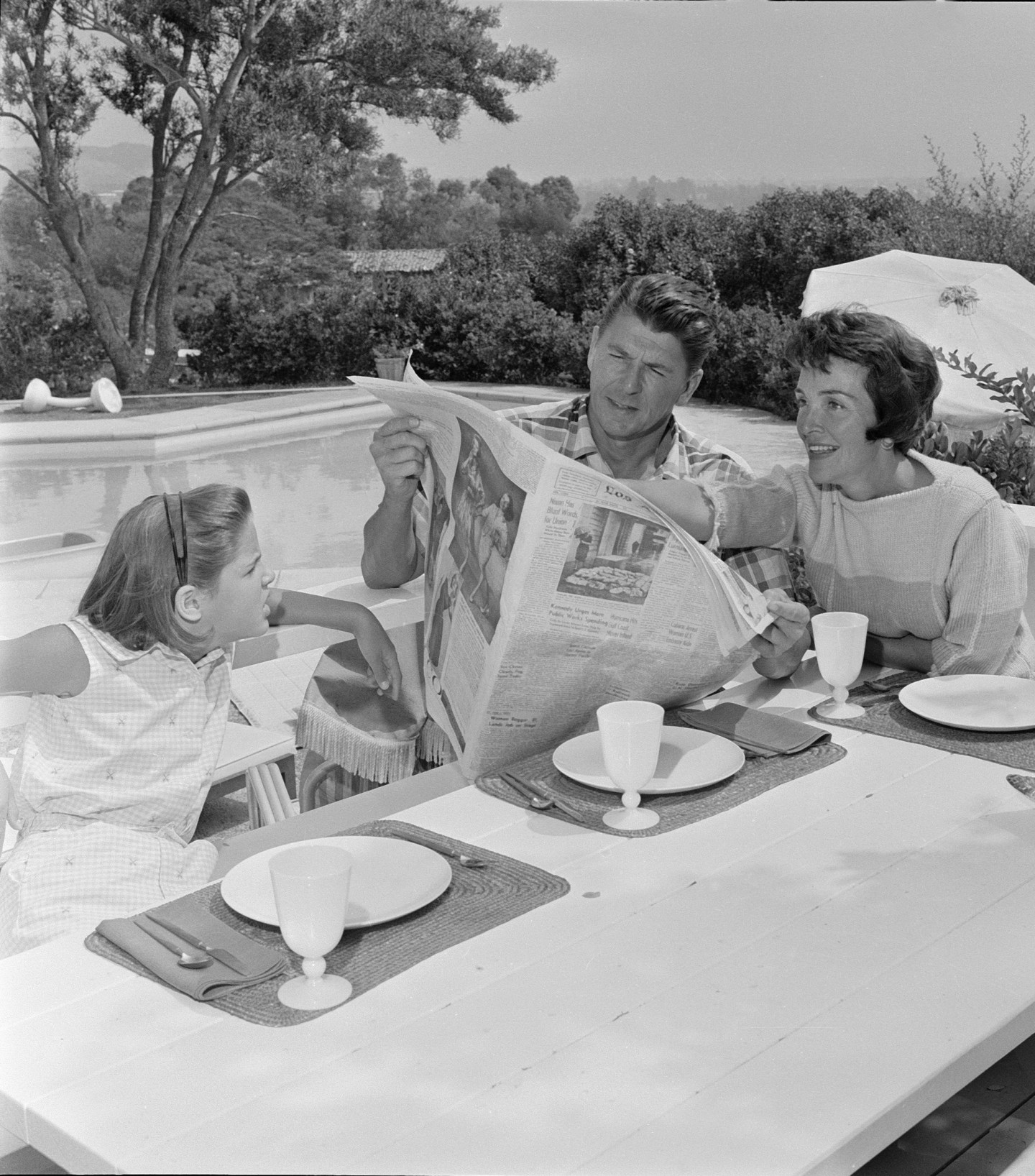 Late President Ronald Reagan and his wife Nancy lived in their Pacific Palisades home for nearly 25 years. It’s where Mr. Reagan famously found out he won the 1980 presidential election while in the shower and where the pair raised their children.

Now the famous California property is going on the market. It could be yours for a cool $33 million, reported the Wall Street Journal.

However, Reagan fans may be sorely disappointed to find that the original house has since been replaced. In its stead is a roughly 10,000-square-foot home with five bedrooms, a gym, a 2,000-bottle temperature-controlled wine room, and a powder room decked out in peacock feathers. No luxury amenity has been overlooked. There are dedicated closets for shoes and luggage in the oversized master suite, as well as a heated pool, a guest house, and two garages. Not to mention the sweeping views of the ocean and city skyline.

The newly-built home was developed by Janus Cercone and Michael Manheim of Jaman Properties. The two told the WSJ that elements of the Reagan’s original home have been incorporated into the new building, including the door to the shower Reagan was using when he won the presidency as well as the salvaged bar from the Reagan’s living room. In honor of the property’s presidential history, the developers’ added a garden off the library filled with rose bushes named after presidents and first ladies.

The Reagan’s moved out of the original 1950’s home, which was built to be a General Electric Showcase house with the most innovative features of the time, in 1982 after they entered the White House. The current owners bought the home in 2013 for $5.2 million with plans to expand its mid-century structure, though local building codes prevented it. They then decided to build the new home about three years.