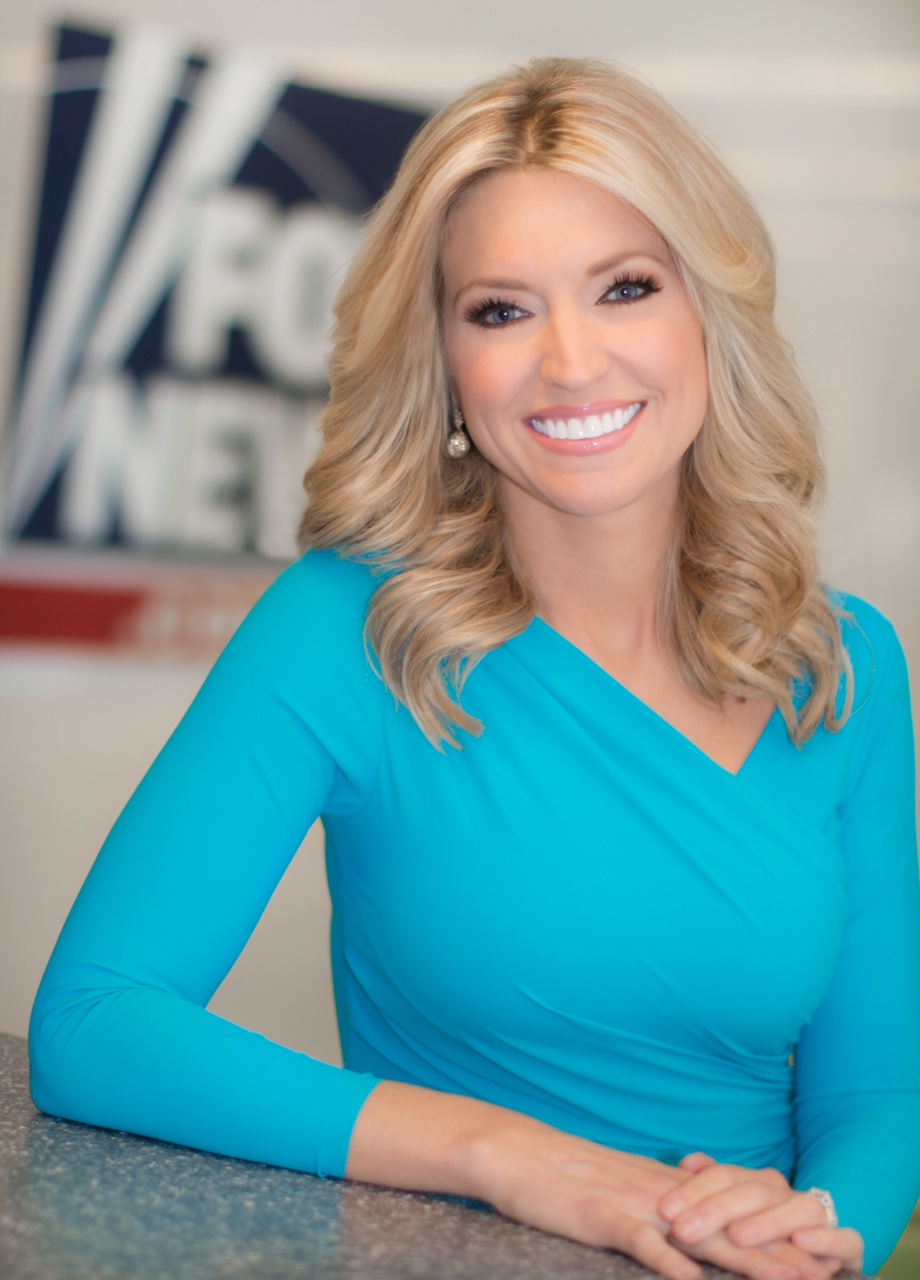 She has big shoes to fill. The show averaged just under a million viewers per episode during 2015, when Elisabeth Hasselbeck was still sitting in the host chair. But while Hasselbeck had a passionate fanbase, Earhardt is off to a very strong start: In her first week on the show, Fox & Friends pulled in 1.28 million viewers, according to Nielsen.

But who this new anchor and what can viewers expect from her? Fortune sat down with Earhardt to talk about her journey from South Carolina to the New York City, the new job-new mom balancing act, and the challenges facing female news anchors today.

Fortune: Congratulations on the new job! How do you think your first week on Fox & Friends went?

Earhardt: This job really is a dream come true. It’s something I’ve wanted for as long as I can remember.

Last week, my parents came on the show, and it was really neat to have them there with me. I grew up in a middle-class family in South Carolina and my parents worked very, very hard to support us. My father had to give up his dream of being a college basketball coach so that I could pursue mine—so it’s really great that they get to see me live my dream.

The announcement that Elisabeth Hasselbeck was leaving the show caught a lot of people by surprise, and some of them are probably wondering if you’ll be able to fill her shoes. What would say to these people?

I don’t think I can fill her shoes, and I don’t want to fill her shoes. We’re so different. I bring a background in journalism to the table. I know and love the news. I was a reporter before I was an anchor, and I graduated [from the University of South Carolina] with a degree in journalism.

I also want these people to know that I work very, very hard. I used to work weekend shifts, overnight shifts, and there were times when I would work overnight and come in to anchor a morning show. But I loved every minute of it and it just goes to show that hard work pays off.

Your colleague Megyn Kelly has been in the news a lot recently due to her feud with Donald Trump. What’s your point of view on that, and does it look any different from the other side?

I think all that’s been put aside now. Megyn’s a part of my family here at Fox, and Donald’s been a friend to us too and I appreciate how he’s willing to come to us. The viewers need to hear from him and from all of the presidential candidates—we ask them all to come on. Of course, it doesn’t hurt that we are the highest-rated show on morning news.

The other major piece of news about Fox anchors is the Erin Andrews lawsuit over a video recorded by a man stalking her from an adjoining hotel room. Has watching these events unfold ever made you feel like you chose the wrong line of work?

It broke my heart that Erin had to go through that. But I’m glad it went to court, and a jury heard it, and a judge heard it, and there’s been a fair outcome. But I felt so sorry for her, and I think as any woman—as any person would be, really—I was really shocked. But I’m not going to live my life in fear, I’m not going to let this profession scare me. I don’t even really have time to be worried to tell you the truth.

In addition to your new role at Fox, you have another new role: mother to a four-month-old. How are managing both of these at once?

I’ve actually never been this happy—it’s been remarkable and awesome. Obviously, I can’t do it alone. I have a very supportive husband, parents, friends. We have our own system: Since I work early mornings, my husband handles breakfast, while I have more bonding time with [my daughter] in the evenings. It’s my job to put her to bed.

I also just have so much support from Fox. I took four months of maternity leave, and came back to a huge promotion. It’s incredible. Roger [Ailes] is an incredible boss. When I told him I was pregnant, he said ‘This child is going to be a part of the Fox News family.’ I pinched myself. I know that other women worry about telling their bosses that they’re pregnant, so to hear that coming from Roger was incredible. I always tell my husband, ‘I’ve been here for nearly 10 years, and I would sign up for another 10 in a heartbeat.’

Note: This article has been updated to avoid misinterpretation. An earlier version of this article read: “I know other women get fired for being pregnant.” Ainsley Earhardt does not personally know any women who have been fired because of a pregnancy and the wording of the article has been changed to reflect this.