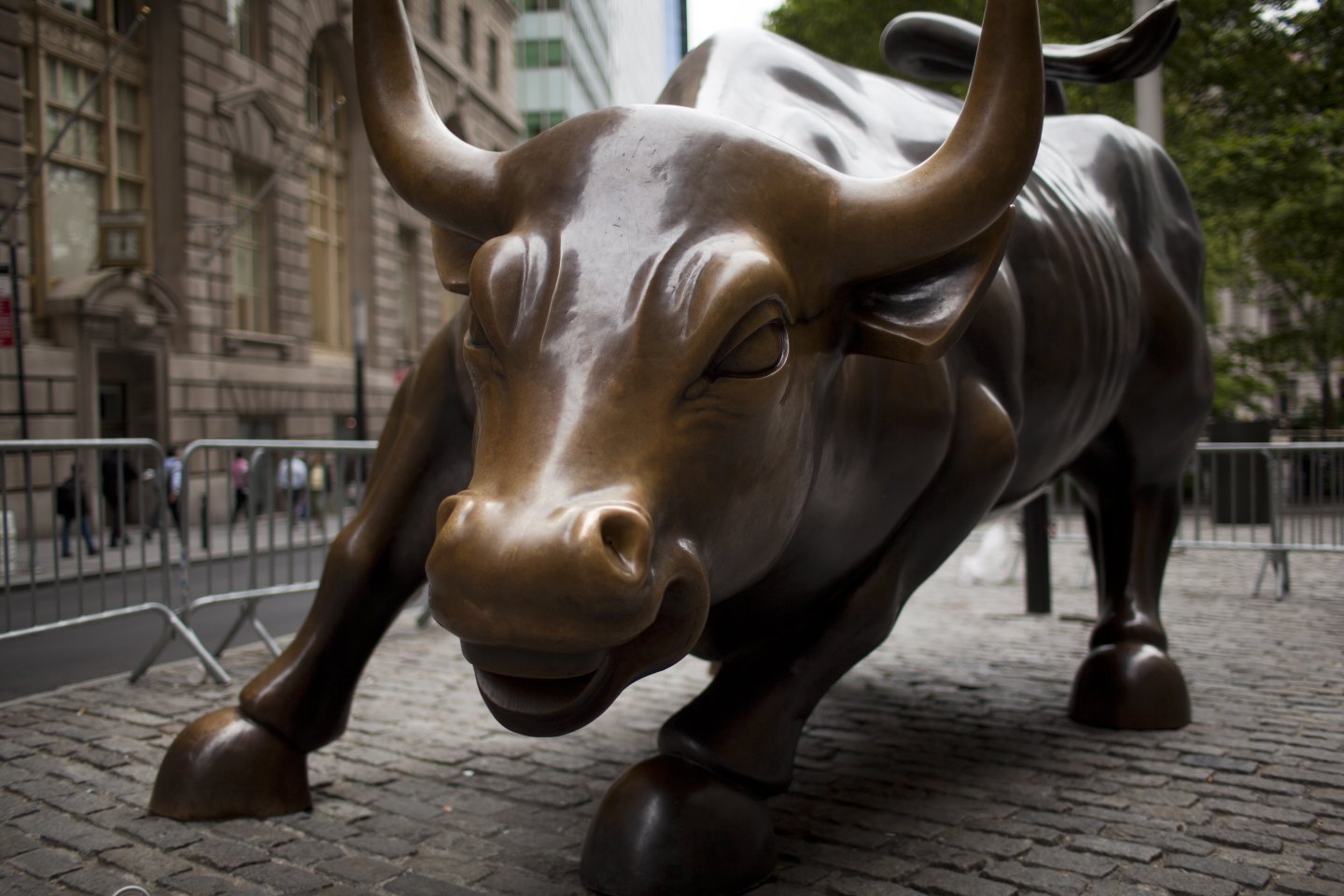 Seven years ago today, the stock market hit rock bottom, as gigantic companies in key industries from finance to auto manufacturing were teetering on the brink of collapse.

On March 9, 2009, the S&P 500 index of U.S. stocks closed just below 677, which was about 57% below it’s previous high. Many investors grew so terrified of further economic unraveling that they sold equities, bought bonds and cash, and prayed for the best.

They got what they wished for, as a new bull market was born that day. Unfortunately the well-meaning souls who sold stock back then wound up receiving the worst.

Today, the pendulum has swung the other way with the S&P near the 1,980 level.

For the past 84 months, stocks have largely been climbing, as the broad market more than tripled investors’ money from the March 2009 lows, returning a total return of 215%. To put this in perspective: this bull has been running for a third Justin Bieber’s life.

“To a large extent the past seven years lulled people into thinking that being in a bull market is a god-given right,” says ProShares chief executive Michael Sapir. “Bear markets and corrections are still a fact of life.”

That was made painfully clear at the beginning of this year when stocks endured their worst start to a year ever, and flirted with bear market territory.

But after a rebound starting in mid February, talk of a bear market has died down.

As the bull market now enters its eighth year of existence, here are five things investors should keep in mind.

It’s not officially seven just yet

The first thing to know about the seven-year bull market is that it may not technically be seven. That’s the frustrating thing about the stock market — it’s often hard to say what kind of market it is until after the fact. “Only if it sets a new high before falling 20% from the previous high set on May 21, 2015, it will celebrate its seventh birthday,” notes S&P Capital IQ’s Sam Stovall.

This bull is better than average

Investors have enjoyed 12 bull markets since the end of World War II, and they’re not all created equal.

Some recoveries followed comparatively mild downturns, while others responded to massive losses. The current bull market falls into the later category. There have only been three so-called mega meltdowns and ensuing recoveries, per S&P Capital IQ, and this period has performed the best.

Defense is winning out

The best-performing areas of the market show that investors are feeling defensive — and want dividends for their trouble. The top sectors of this (maybe) seventh year were consumer staples, telecom services, and utilities. Should you follow course, and tilt your portfolio towards yield? Not quite.

Is a recession coming?

One interesting point of comparison between this bull and the two previous ones that lasted as long are their respective yield curves. (A yield curve is the difference of yield between short term bonds and intermediate bonds and long-term bonds. The closer to zero the spread, generally the worse off the economy.) The yield curve is wider in year seven of this bull than it was at this point of the similar bull markets in the early 1950s and during the 1990s. That means the music may play on a bit longer.

If this is the end, though, expect fireworks. Bull markets that extended beyond three years saw returns in their last year that were better than, or almost as good as, any non-first year performance, per Stovall.

“Like a light bulb that glows brightest just before before burning itself out, we may find that this bull market has one more illuminating year left in it before extinguishing itself in a blaze of glory.”