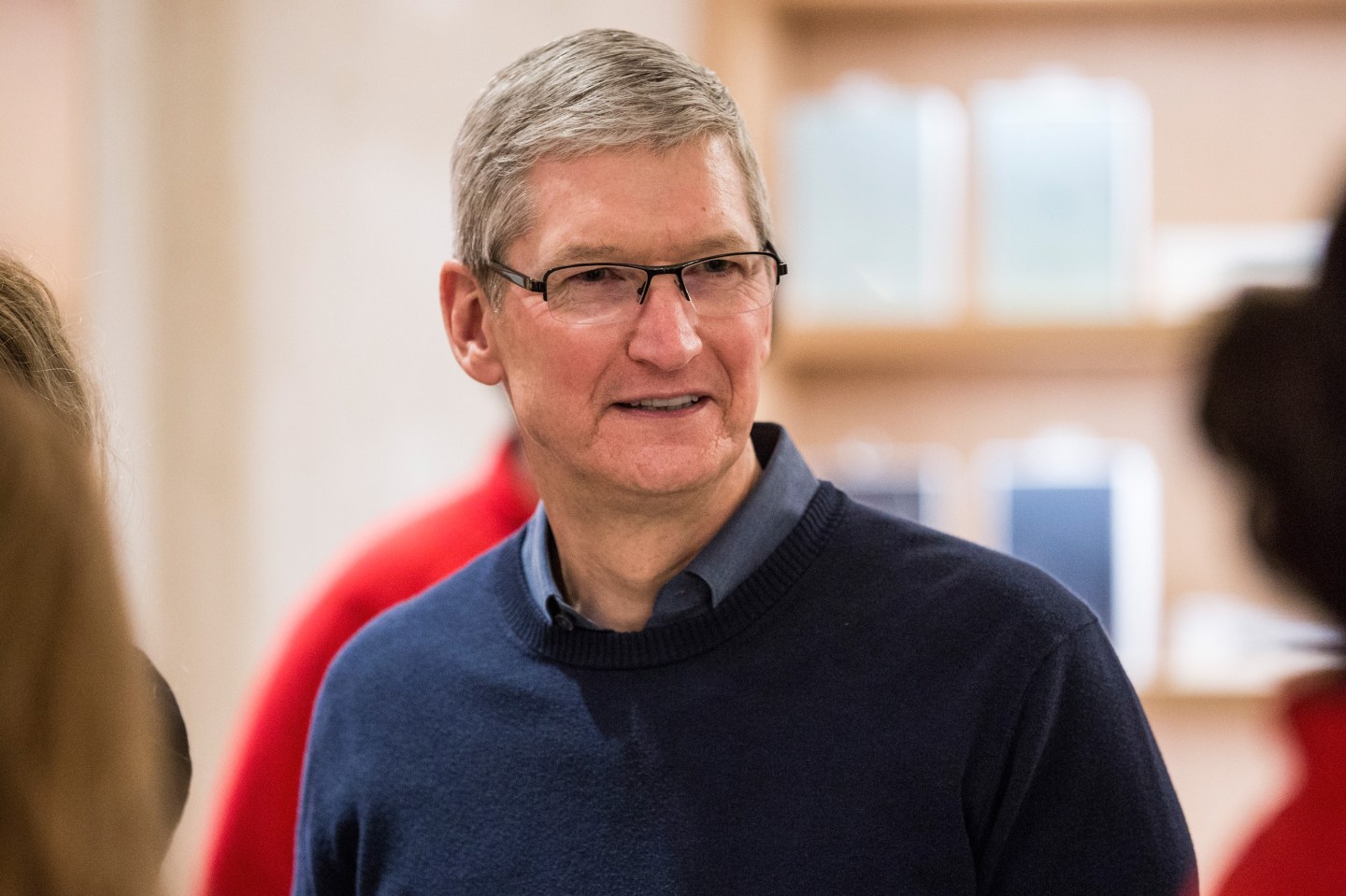 Apple’s Tim Cook, Google’s Larry Page and Tesla’s Elon Musk were among the attendees at the American Enterprise Institute’s “World Forum” on Sea Island this weekend, according to a report in this morning’s Huffington Post. Also attending were Republican leaders of Congress, including Mitch McConnell and Paul Ryan. The event was off-the-record, but HuffPo says the main topic of conversation – no surprise here – was how to stop Donald Trump from winning the Republican nomination.

Trump is likely to take another step toward that nomination today. He’s leading the polls in Michigan, which could be an important test of his strength in a general election. (Trump has been criticizing Ford there, despite its announcement of new investments in the U.S.) Polling is scarce in Mississippi, but that Southern state will test the breadth of Ted Cruz’s appeal.

A CEO Daily reader, Danny B., chided me yesterday for saying Cruz is “the one candidate that business representatives in Washington say would be worse for business than Donald Trump.” Danny points out Cruz’s support for a flat tax and limited government, and says he is “the most free market and philosophically conservative of any of the candidates.” That’s certainly true. But his history in Washington has been one of obstructionism, and business groups looking to make progress on trade, taxes, education, infrastructure, the budget deficit, etc. see him as an obstacle, not a friend. That, of course, is his appeal to Danny B., and many other Americans.

The past ten days have been the most interesting, and perhaps most consequential, in American politics in decades. But there are other things going on in the business world. This morning, we publish Erin Griffith’s fascinating look at Jack Dorsey’s effort to save struggling Twitter. It’s worth a read.

This evening, I’ll be hosting an event at Time Inc. headquarters to honor the companies that made our 100 Best Companies to Work For list. I hope to see some of you there. We’ll hear from the CEOs of SAS, Wegmans and Edward Jones.

And tomorrow evening, we’ll assemble a group of tech leaders for our Brainstorm Tech dinner in San Francisco, where Adam Lashinsky will interview Steve Ballmer about basketball, basketball tech, his relationship with Microsoft, and his skills at dunking. We will stream that conversation live on fortune.com, and I’ll report back here Thursday morning.