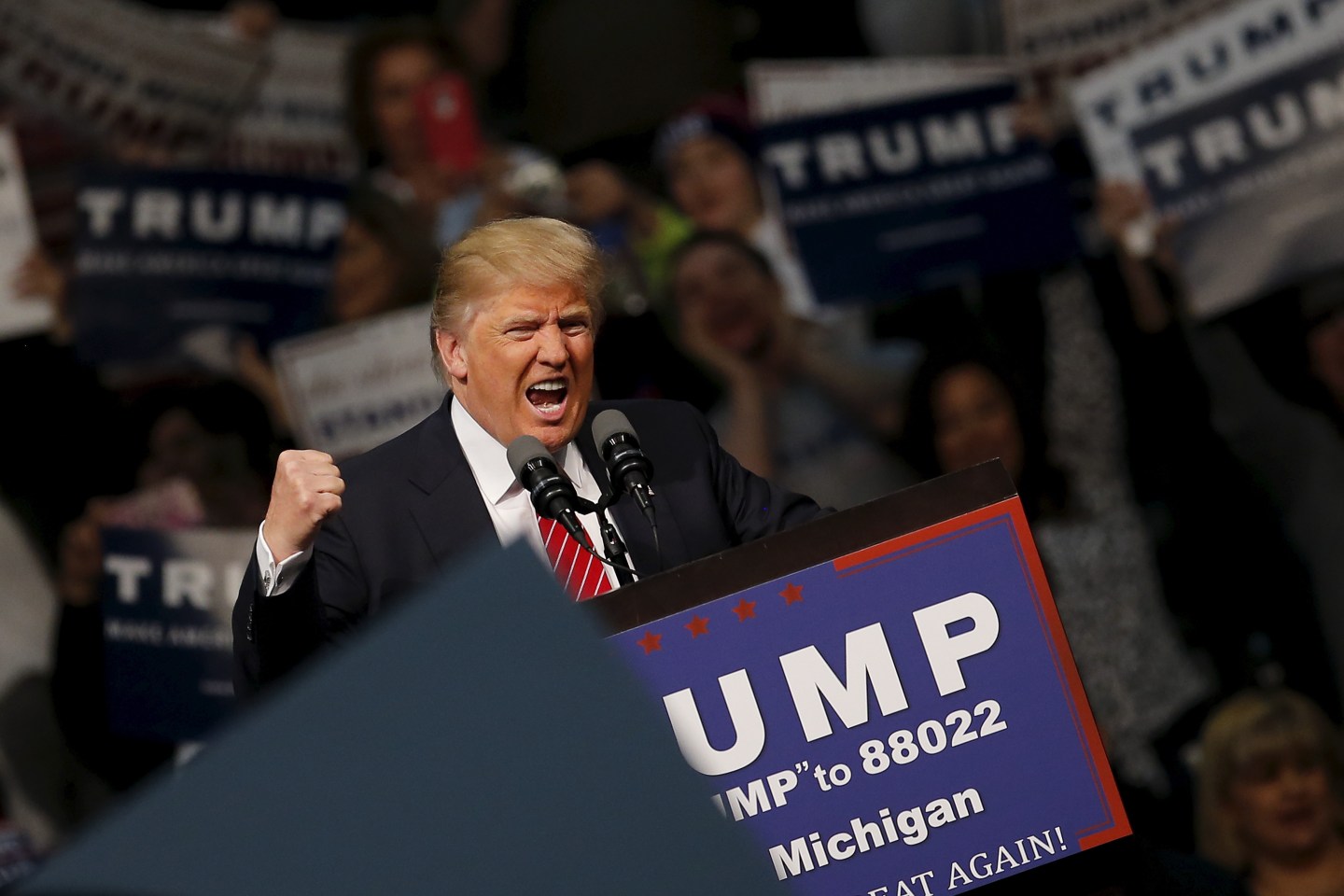 Off the coast of Georgia last weekend a group of nervous business moguls and politicians met up at a private island resort.

They weren’t visiting Sea Island to party, though; they were all guests at an annual closed-press event hosted by a conservative Washington think tank. And this year they banded together around one common goal: stopping Republican presidential frontrunner Donald Trump, as The Huffington Post reports.

The event, the American Enterprise Institute’s World Forum, is a top-secret annual meeting known for bringing top business executives and politicians together to do…well, we’re not exactly sure what.

But this year, as The Huffington Post reported, everyone’s minds were on how Trump made it this far and how to stop him. Karl Rove reportedly presented focus group findings on Trump, while others simply wondered “how this happened.”

For more on Donald Trump (and millennials?!), watch:

Meanwhile, Republicans prepare to vote across four more states on Tuesday. Michigan is the biggest prize, with 59 Republican delegates at stake.

Trump still needs 853 more delegates to secure the Republican nomination, while Ted Cruz is 937 delegates away from a win, in second place.