What House of Cards Can Teach the GOP 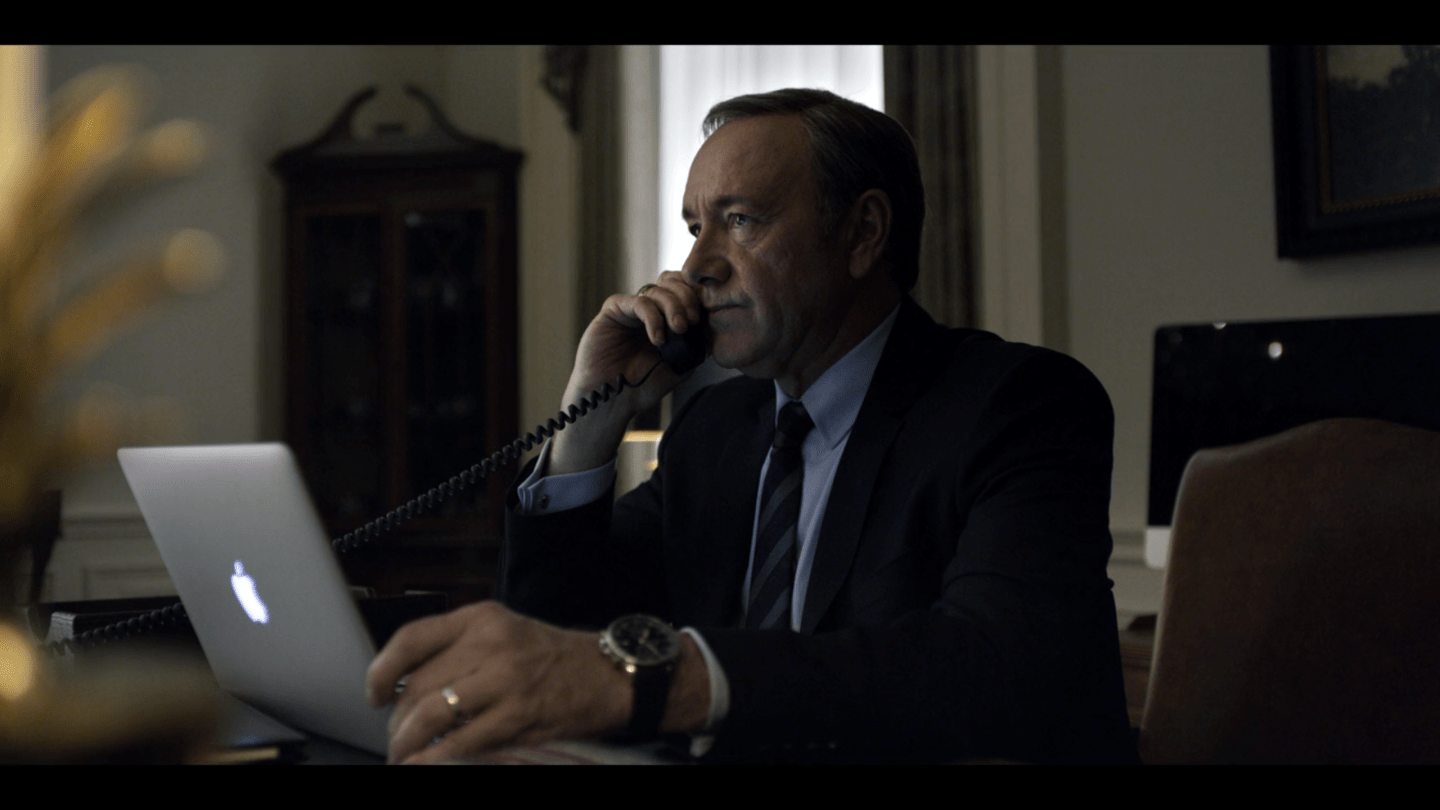 In Michael Lewis’ debut book, “Liar’s Poker,” the author tries to expose the absurd and depraved behavior that he witnessed on Wall Street during the 1980s. But his book, which is being turned into a movie, became something of an instruction manual for college students trying to crack into a Wall Street career that promised riches with a detour into moral bankruptcy. Lewis was startled that his book went from tell-all to how-to. But studying the dark side can unlock key lessons for success, whether you’re trying to win a job – or prevent someone else from getting one.

In the case of the GOP today, leaders who want to stop Donald Trump from winning the Republican nomination for president can learn a lot from the stylized noir drama “House of Cards.” Here are three big lessons.

“Politics is no longer just theater, it’s show business,” says President Frank Underwood, in the latest season of the show, Netflix released this past weekend. His opponent in the 2016 presidential election is Will Conway, the young and handsome Republican Governor of New York. He and his wife share their glamorous lives with the world via social media: live broadcasts from their home, personal pictures of their children, and even videos of intimate moments between them. The Conways are pulling a Trump by splashing themselves all over the media. The American people both in the show and in real life can’t turn away: the presidential race has become a television show. To compete with the Conways, President Underwood stages his own spectacle to steal the spotlight, which is exactly what Republicans in real life should do.

The GOP must change the channel from CNN and Fox News to Netflix. No, not to House of Cards but a documentary based on the remaining candidates not named Donald Trump. One of more successful political documentaries that aired on Netflix was “Mitt,” which showed behind-the-scenes footage of Mitt Romney’s 2012 presidential election and received rave reviews. It gave a glimpse into the real life of the republican nominee: Romney’s kids poked fun at him for flying private jets; and we even see the moment when Romney learns that he has lost the election (he’s sitting with his entire family, and he’s the first one to suggest writing a concession speech). The documentary came out after the election, but some think it would have helped humanize him if it came out during the race.

The candidates should get Netflix to create a “Ted,” “Marco,” or “Kasich,” show, modeled on the Mitt documentary, that gives a behind the scene glimpse into the rough-and-tumble nature of presidential elections. Every Sunday, footage from the week prior could be packaged into a high quality two-hour Netflix episode. Let’s see when and how Cruz learned that his campaign staff was spreading false information about Ben Carson dropping out during the Iowa caucuses; or the moment when Rubio’s staff greeted him after Chris Christie rattled him during the New Hampshire debate. These personal moments will let us see the candidates for who they truly are.

“If you don’t like how the table is set, turn over the table,” is the mantra of Frank Underwood. Time after time, he upsets the apple cart to see if he can get a different shake. In the latest season, Underwood opts for a brokered convention to inject more drama into the race, and so that he can get the person he truly wants as his running mate on the ticket. He’s constantly sizing up whether, when, and how he should flip the table.

Right now the table is set against the GOP establishment: Donald Trump is the likely nominee. But the GOP can try to fight Trump to a draw, keeping him short of the 1,237 delegates needed to win the nomination, which would lead to a brokered convention where all bets are off. Governor John Kasich is already predicting a brokered convention, Rubio is already preparing for it, yet Cruz warns against it. However, if the GOP establishment opts for a brokered convention and Trump doesn’t emerge as the nominee, the grassroots may revolt. By flipping over the table, the party may be turned inside out.

Looks matter, even on Capitol Hill

It’s been said that Washington DC is Hollywood for ugly people. But when Hollywood plays Washington, almost everyone is beautiful: Robin Wright, Molly Parker, Joel Kinnaman, Dominique McElligott are some of the many attractive actors that appear in the drama. During season four, the American voters are given the option of deciding between two attractive couples.

Since presidential elections are the ultimate public spectacle, it helps when your candidate is attractive. Researchers have found that beauty gives an edge at the ballot box. Whoever the American people elect in November 2016, they will have to watch them almost daily on television over the next four to eight years. In the case of the Republican race, this may bode ill for Ted Cruz whose face, according to one neurology professor, has an odd smile. Most smiles curve up, yet Cruz’s stays flat and even inverts, which supposedly makes him come across as inauthentic. So if the GOP establishment wants to up its chances of stopping The Donald, it may give an edge to pick the most beautiful candidate: Marco Rubio was deemed one of the top fifty most beautiful people in politics by The Hill.

If a Trump nomination is too difficult to stomach, the GOP establishment may want to gamble on the House of Cards.

Kabir Sehgal is a New York Times and Wall Street Journal bestselling author and Grammy Award-winning producer. He was previously a vice president at JPMorgan Chase.