These Cruise Ships Are Going All Out to Attract Foodies 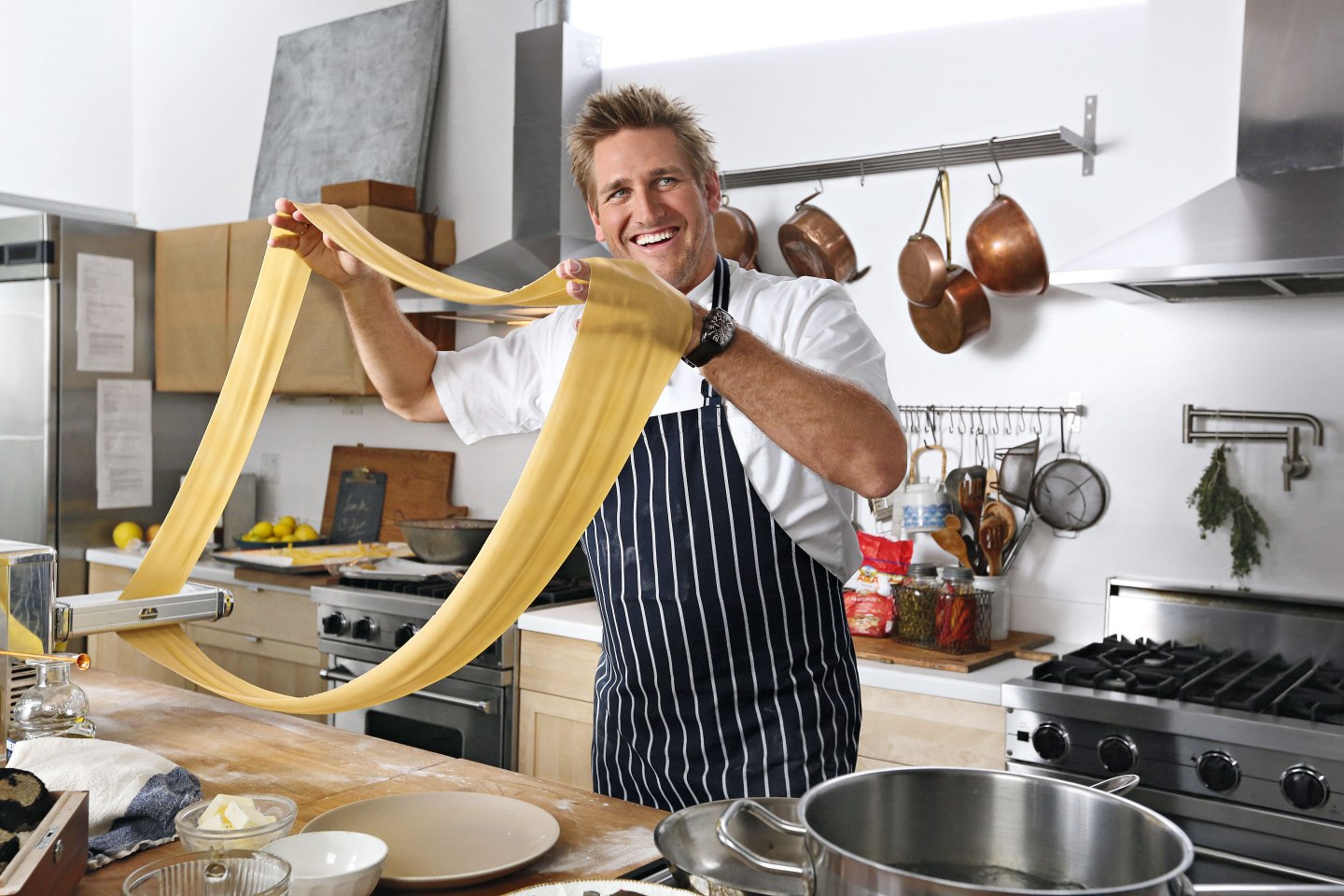 For years, cruises have been known for elaborate buffet meals. Massive quantities of mass-produced food available three times a day. But, as the American palate has become more sophisticated and health-driven, cruise cuisine is getting a major update. Cruise lines big and small are making a big effort to attract serious foodies. They’re partnering with celebrity chefs to open new specialty restaurants onboard, hosting interactive culinary classes and tastings and offering chef-led itineraries and excursions.

It’s a chance for passengers who can’t trek to his Los Angeles hotspot to enjoy Stone’s cuisine, says Gordon Ho, Princess’ executive vice president of marketing and sales. He says Stone’s team has helped the company make several front and back of house changes, such as curating its own food-friendly wine list with Riedel stemware, and incorporating new sources for — and a la minute preparation techniques of — dishes like roast turbot with white vermouth sauce.

“Knowing our guests are seasoned travelers who have visited and dined at many places throughout the world, we needed to develop truly unique and ultra-luxurious culinary experiences,” says Jason Montague, president and CEO of Regent Seven Seas Cruises, which has developed 22 food-centric shore excursions like wine tasting in Monte Carlo and cheese making in Sorrento.

Cruises with a food theme

Some cruise lines are building entire itineraries around a food or drink theme. Based in Canada, Maple Leaf Adventures’ intimate Tugboat MV Swell designed a beer-themed cruise through British Columbia’s Gulf and Vancouver Islands with one of the province’s most well-known brewing historians and access to 50 top microbrews and several top brewers.

This year, Aqua Expeditions, a Peruvian company, offers some chef-hosted itineraries with David Thompson, whose Thai restaurants earn Michelin stars, and Pedro Miguel Schiaffino, whose Lima restaurant, Malabar, has been listed in the San Pellegrino World’s 100 Best Restaurants. Guests can participate in master classes led by Thompson and Schiaffino, and visit local markets with each chef to learn about the locally grown ingredients that are essential to creating their signature dishes.

But how good is the food, anyway?

Maintaining consistency and quality, especially on ships that serve thousands of people, is a tall order, however. Aqua Expeditions says its chef partners are embedded for the long haul. Chef partners spend one in every six weeks onboard to ensure the ship’s master chef is replicating all recipes and procedures properly, a spokesperson says.

Princess says its “Chocolate Journeys” dessert program, helmed by well-known chocolatier Norman Love, was a “major investment” of labor and money because it involved using Love’s preferred, and higher quality chocolate, plus heavy staff training, to execute it well.

“If a dining concept is removed from one or more of our ships, there’s typically a mix of business and overall brand considerations involved to align with our overall vision,” says John Suley, Royal Caribbean’s (RCL) vice president of food and beverage, said, though he wouldn’t speak specifically to Alexander’s concept. “Specialty restaurant concepts backed by celebrity chefs have largely been well-received…most notably Jamie’s Italian by Jamie Oliver, which debuted in 2014 on our Quantum class ships and continues to be a guest favorite.”

Though cruise operators wouldn’t disclose sales numbers to Fortune, they say their efforts are paying off.

‘While we don’t have direct numbers attaching guests traveling with us due to [celebrity chef Nobu Matsuhisa’s restaurants] on board the ship,”says Edie Rodriguez, CEO and president of Crystal Cruises, “we do know that the restaurant continues to get some of the highest satisfaction ratings onboard, cruise after cruise.”

Kayleigh Kulp is a freelance journalist for The Washington Post, Los Angeles Times, CNBC, Private Clubs, and more. She is a spirits columnist for The Daily Beast and author of Booze for Babes: The Smart Woman’s Guide to Drinking Spirits Right.

CORRECTION: Due to a reporting error, an earlier version incorrectly stated that chefs Daniel Boulud, Jean-Georges Vongerichten and Alain Ducasse are chef partners with Aqua Expeditions. They are not. Fortune regrets the error.