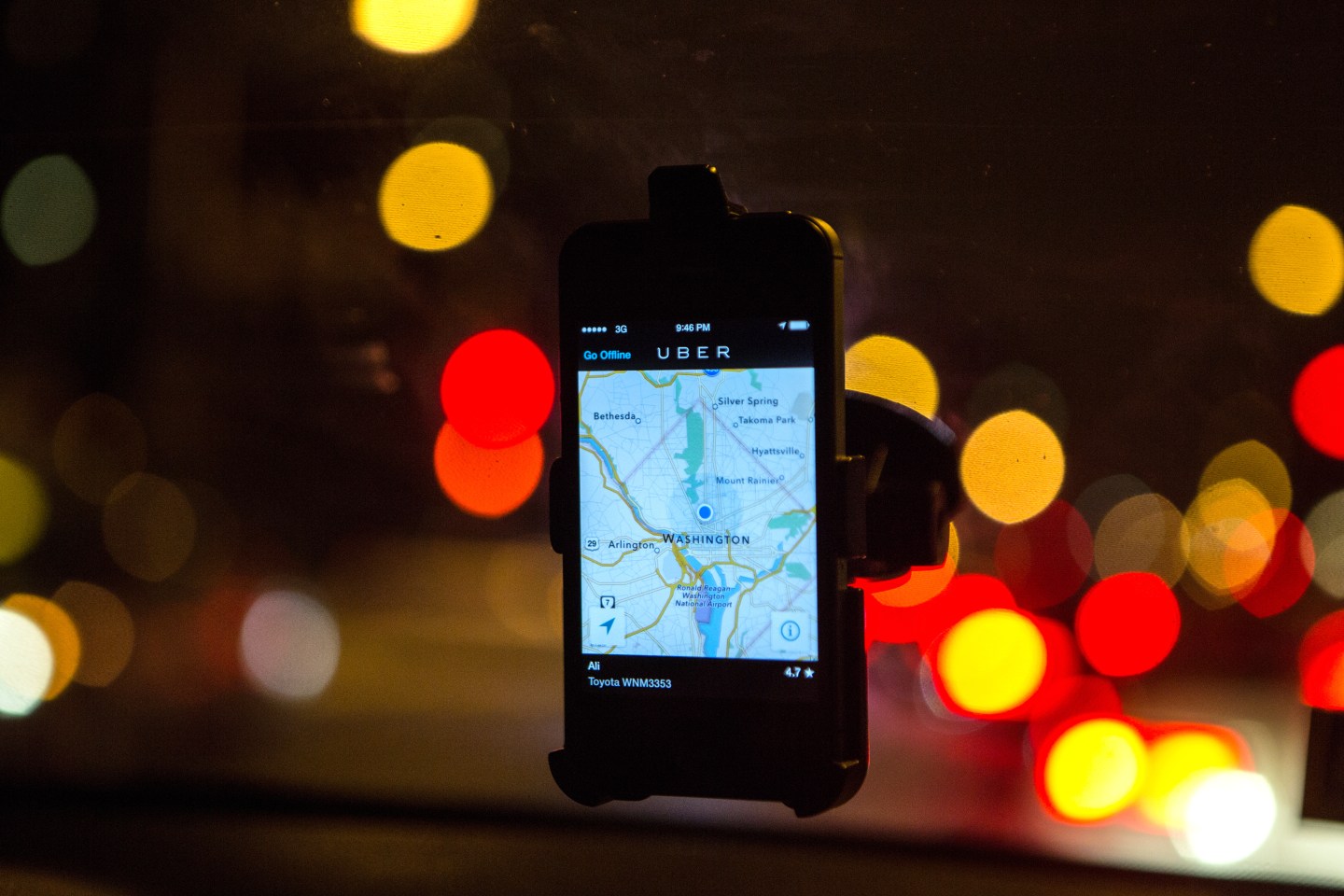 WASHINGTON, DC - APR 4: The Uber driver app on the windshield of former Washington Flyer taxi driver Ali Jaghori. Jaghori now drives soley for UberX. Thousands of local car owners have signed up in recent months to drive with one of the "ride-share" operators that use smartphone apps to link people needing rides with car owners willing to give them, for a price. (Photo by Evelyn Hockstein/For The Washington Post via Getty Images)
Photograph by The Washington Post/Getty Images

Uber’s fight against having to classify its drivers as employees instead of independent contractors just became a little more complicated.

A former Uber driver in the San Diego, Calif. area has successfully applied for unemployment benefits, according to SF Weekly. Patrick Ely, the driver, was part of a group of drivers who filed a complaint against Uber last month claiming the ride-hailing company had violated the California Labor Act when it cut its prices in January.

The company subsequently suspended him from the service for what it described as a moving violation, Ely told the SF Weekly, adding that it can’t be the real explanation because the infraction was on his record even before he started driving for Uber.

According to the report, not only did the California Employment Development Department recognize Ely as an employee when it granted him unemployment benefits (independent contractors don’t qualify), but it also sent him a questionnaire specifically tailored to Uber drivers.

This case could potentially complicate matters for Uber, which is embroiled in a lawsuit over its classification of drivers as contractors instead of employees. Much of the case hinges on whether Uber exerts enough control over its drivers to tip the scale into full employment instead of independent contracting.

Last summer, the California Labor Department determined that a former Uber driver was indeed an employee and is entitled to be reimbursed for her expenses while on the job.

When reached for comment, an Uber spokeswoman told Fortune:

We disagree with the decision, but, since it only affects one person, and does not have any wider impact or set any formal or binding precedent, we continue to focus on the bigger picture: the O’Connor case. Labor Departments in thirteen states – including the California Employment Development Department (EDD) itself – have found individual drivers to be independent contractors.”

(The headline for this article was changed from the original for clarity. The story has also been updated with comment from Uber, and to clarify that Uber has not yet confirmed it told Ely his account was deactivated because of a moving violation.)