Why We Still Don’t Know Anything About Trump’s Taxes 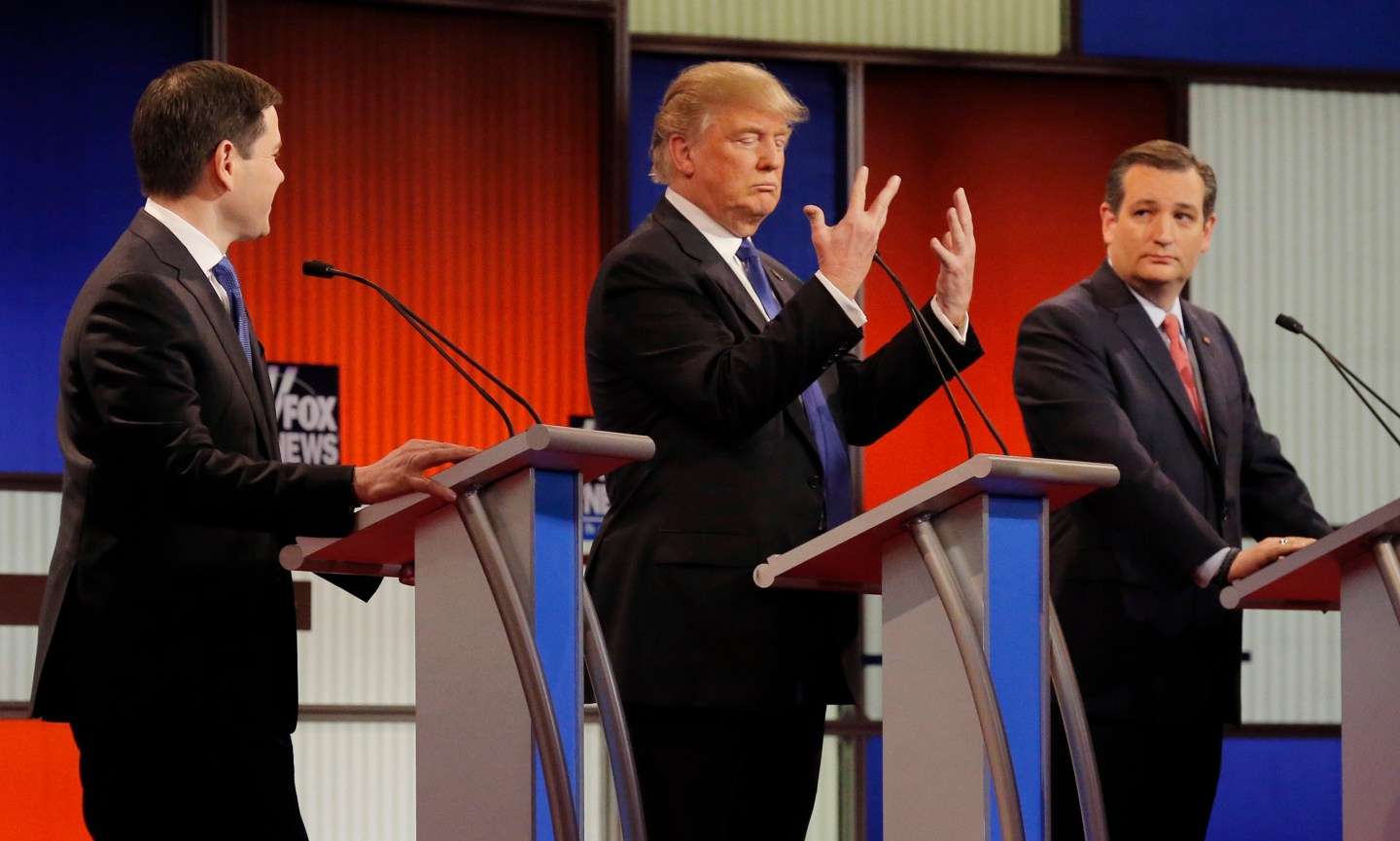 The trio of Fox interviewers grilled Donald Trump with tough questions during last night’s debate over the lawsuits over Trump University, and whether the developer is guilty of waffling on issues as varied as immigration and his support or condemnation of the plan to invade Iraq. But why didn’t the journalists challenge Trump on the issue where he’s arguably most vulnerable: His taxes.

The correspondents, and his opponents, missed a big opportunity to force Trump on the defensive. Incredibly, the words “tax returns” were never uttered during the debate’s almost 120 minute running time. Making his federal income tax filings public, which Trump has said he will do but hasn’t, would provide insights into three of the mysteries surrounding Trump’s enterprises, valued by the mogul himself at well over $10 billion.

First, his income before depreciation and interest would show the profitability, and value, of his real estate companies. That number would reflect what Trump earns from condo sales, rents, golf course memberships, royalties, and the sundry sources cited in his Personal Financial Disclosure statement, after all expenses (salaries, utilities, IT costs, and the like).

Second, his taxable income, the net number after subtracting interest and depreciation, reveals what cash taxes Trump is actually paying. If those two deductions match, or almost match, his income figure, then Trump would be paying little or no tax. That wouldn’t be unusual for a developer, though it might be surprising to voters who might assume that a mogul worth 11 figures would be writing the Treasury checks for tens of millions a year.

Third, the returns should confirm Trump’s assertion that he’s contributed $102 million to charitable causes over the years. In general, the fabulously wealthy reap big tax benefits from their giving. If Trump’s bracket is extremely low all that largesse might not be shrinking his tax bill at all. Such generosity, sans the carrot of significant deductions, would be highly unusual for someone of his self-described “massive wealth.” It will be fun to hear The Donald’s explanation, especially when we have all the numbers before us.