Romney to Take Aim at ‘Phony’ Trump in Speech 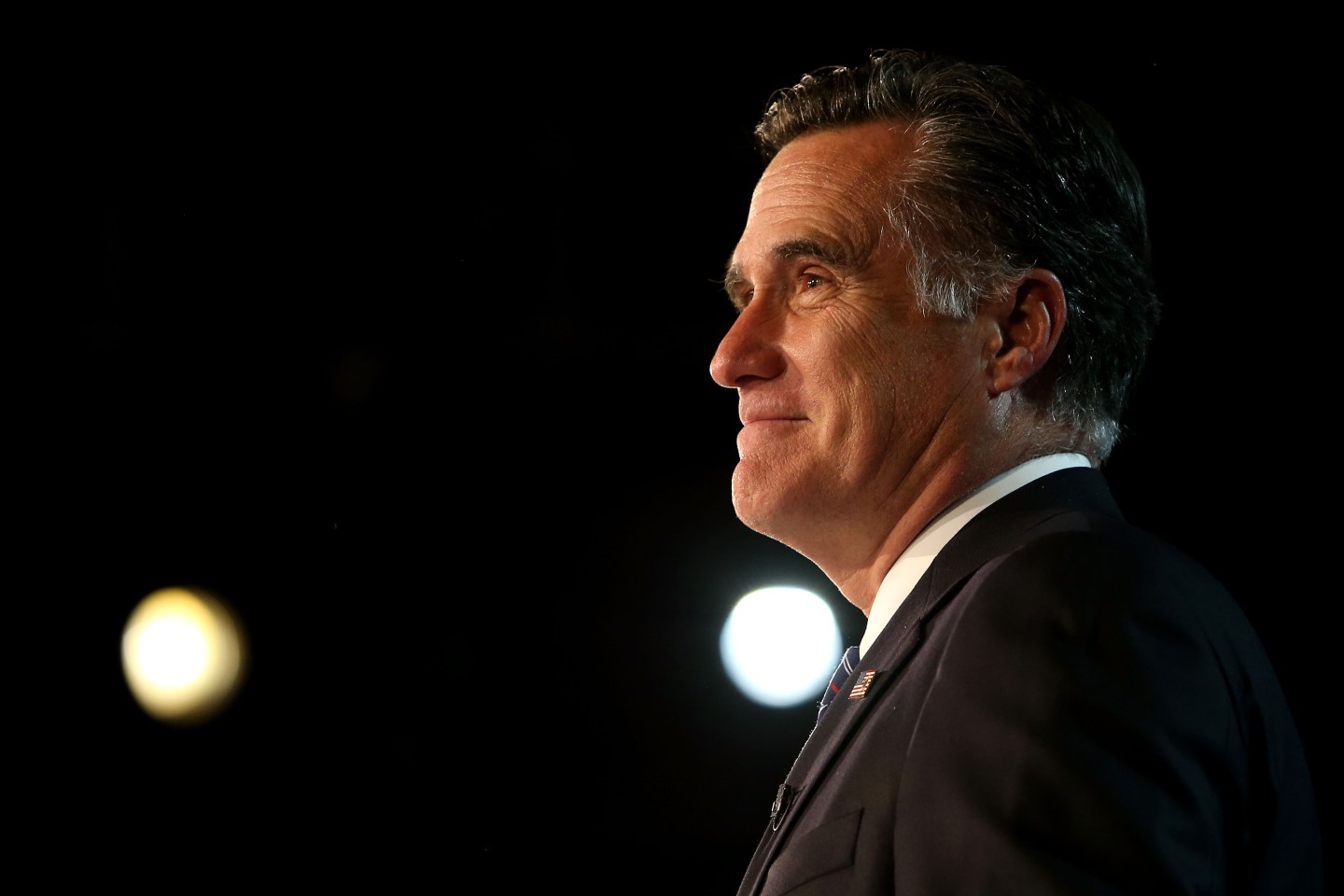 ‘Donald Trump is a phony, a fraud’

Mitt Romney will call Donald Trump a “phony” and “fraud” in a speech Thursday aimed at convincing Republicans to reject the GOP presidential frontrunner, according to reports.

“Donald Trump is a phony, a fraud,” Romney will say. “He’s playing the American public for suckers: He gets a free ride to the White House and all we get is a lousy hat.”

The speech—to be held at the University of Utah in Salt Lake City at 11:30 a.m. ET—comes as a slew of establishment Republicans take aim at Trump’s candidacy. Several groups opposed to Trump’s candidacy have poured millions into a last-ditch effort to change the direction of the campaign in recent days. Romney has previously challenged Trump on Twitter, calling on him to release his tax returns and condemning Trump’s reluctance to condemn the KKK.

Romney will also take on Democratic front runner Hillary Clinton in the speech, calling her “untrustworthy and dishonest.” John Kasich, Ted Cruz and Marco Rubio are the only remaining candidates for president with reasonable policy positions, Romney will say.